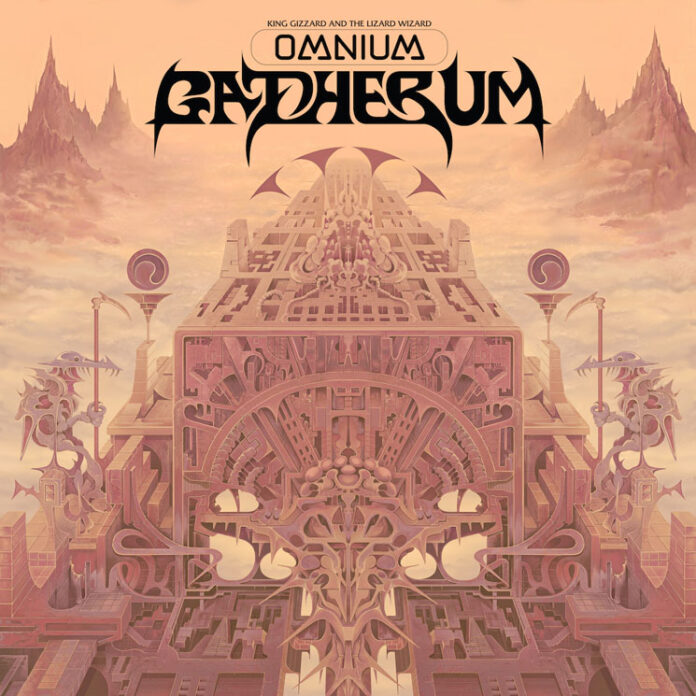 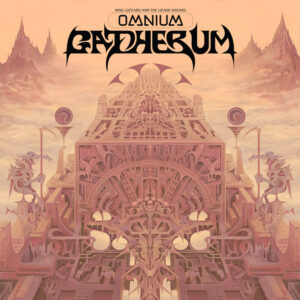 The unstoppable King Gizzard & The Lizard Wizard return (like they ever went away!) with their twentieth album and celebrate it with a double-disc that mashes all their styles into one.

What happens when one of the most prolific bands of our times, one whose previous albums have each followed their own individually defined singularity of style; be it prog, garage, microtonal, blissed-out psych-pop; are finally allowed to meet up again and write together as one unit? Well, the rules go out the window and the building implodes under the weight of their own creativity as they smash down each and every one of their columns to rebuild something that brings all their styles together as one. The key is right there in the title. Omnium Gatherum, a miscellaneous collection; eclecticism order of the day as they pull on every one of their strengths to create what just may be their least defined yet most defining record to date.

And, just to show that they have the stones to do whatever they damn well please, they put it out on their first double album and open up proceedings with a song that takes up almost a whole quarter of the album, clocking in at 18 minutes and 17 seconds. But that song, The Dripping Tap, is an immense distillation of everything that the Gizzard are great at, interweaving guitars, shifting styles seamlessly in and out of distinct grooves that start as a neo-soul ballad, fly up to vertigo-inducing heights of spinning psychedelia before jetting through the clouds on an infectious jittering beat and melody. In just one song, they have crafted what is one side of the ultimate garage-psych-pop mixtape.

From there on, the album is a smorgasbord of delights for any and all fans. Omnium Gatherum is proof that the band are enjoying a newfound freedom of being unshackled from their own self-imposed limitations to work albums through individual styles. Everything is on the table to be devoured, a pure feast of aural pleasure. They show it with all the confidence needed to pull it off as they come out of The Dripping Tap into the succulent dream-pop couplet of Magenta Mountain; a song of pure beauty, close to the sound of Butterfly 3000 with some great major to minor switches over which they build up different layers and textures; and Kepla 22-b with its shuffling beats under wonderful harmonies. However, just as you’re blissing out to their neo-pop psych, falling into a familiar summer sugar-spun groove, they hit you with the heavy psych-prog attack of Gaia, replete with the demonic and guttural vocals required for any psych outfit naming a song such. It’s that style that they come back to as the album progresses on songs like Predator X. But, as singer Stu Mackensie has stated on the album, the band, finally free to meet up and create, are entering their ‘jammy period’ and it shows on some of the album’s highlights.

Evilest Man is a great combination of their Butterfly 3000 dream-pop combined with sudden condensed and fuzzed-to-the-max outbursts that define some of their earlier work. You can almost picture the rehearsal room glances as they shift gears and change track at one with each other. That said, and despite the inclusion of some more manic moments, much of the album naturally treads closer to the line of their more recent albums. Presumptuous deserves to be a summer sun classic, immediate and hypnotic, but their new crossover winner would surely go to The Grim Reaper. Microtonal psych hip-hop at its best, sitting somewhere between Jurassic 5, Kid Koala and the remixes of their own tracks by the likes of DJ Shadow on Butterfly 3001.

Gizz Heads are well used to the question from people just discovering them as to where to start, what album to pick. The list is long and varied depending on which of their wells you drink deeper from. From now on though, thanks to Omnium Gatherum, that question has one easy answer. This album is the distillation of everything that the band are great at and, as always, done purely on their own terms.