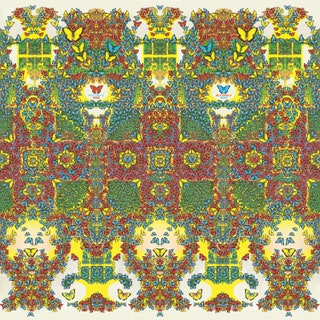 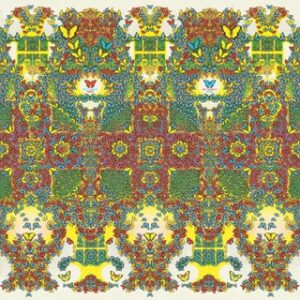 King Gizzard return with album eighteen and it’s not as we know it. Ditching guitars for a sun drenched opus filled with complex synths and MIDI effects that’s meant for listening in full. Wayne AF Carey chills out to the sound of summer…

When it comes to ambition and sprawling ideas the Melbourne collective of King Gizzard & The Lizard Wizard are right up there at the top of the tree. The last two albums KG and LW were crawling with inventive psych which got my attention with the vast array of instruments and the sounds knocked me back and fucked with the senses. LW got a rare five bomb rating due to the rush of guitar intricacy and skill from the always forward thinking maestros. Butterfly 3000 throws you with the direction change yet is unmistakably stamped with the KGLW sound throughout. A concept album of sorts which from the title itself suggest metamorphosis.

Yours is just pure fun. A bouncing synth ridden tune full of ingredients including a top as fuck 4×4 drum pattern and an infectious rolling bass covered in blissful psych. Shanghai is just mesmerising and makes you feel like being there. Keyboard driven and floating in lush vocals. It’s like a soundtrack to one of those Final Fantasy games I was addicted to years back. There a flecks of The Flaming Lips Yoshimi running through it yet miles apart. Dreams is psych pop at its height. Synths galore and a headrush of Kraftwerk and Yes modernised for the future. “I only wanna wake up in my dreams” is Mackenzie’s mantra as he picks up from a slight dark moment of sequencing which drones through to the finale.

Blue Morpho starts with a similar dark synth line topped with falsetto vocals that have a pinch of Kevin Parker when he changed direction after Innerspeaker with the disco psych of Lonerism. Think of the pairing of Flaming Lips and Mercury Rev. Same kind of tunes but worlds apart. Interior People is easily the standout track for the uninitiated. A slight prog acoustic start that bounces in with that trademark Gizz sound. It’s another psych pop belter that could easily have been split into four different songs. If the boss man JR wants his pop he shall get it. The scope in this tune is fuckin’ blinding, there’s so much going on it’s mind boggling. Catching Smoke is another beautiful tune that just oozes summer and is full of MIDI sequences, pop harmonies, synths and drums with a fuckin’ cherry on top and added Whoo’s! Personally my favourite track.

2.02 Killer Year is like the sister song of Shanghai. A wobbly prog whopper with bouncing rhythms that verge on a synth dub sound. An experiment in sound if you’ve ever heard one. Weird and wonderful. Black Hot Soup is an acid trip of harmonies and mantras. A calling out to Mackenzie from afar in a different world. It’s like one of those dreams where you run but don’t get anywhere then eventually when you get there the destination is different. Or am I talking bollocks? A great rush with a foreboding mash of bass and sonic wah wahs and whoo’s for the climax. Ya Love is another rush of euphoria and repetitive wonder, more mesmerising distorted sound that hops in and out of your earlobes with a joy. The drumming just excels on this clever bastard of a tune full of ideas. Closing track Butterfly 3000 ends with an overactive heartbeat layered with  some great euphoric keyboards, haunting vocals and mental effects galore for a gargantuan flourish.

The question is, where do they go next? Like I said on my LW review here, they are probably one of the greatest bands of our time. They have set the standards high and still continue to go up a notch on every release. A back catalogue to kill for…