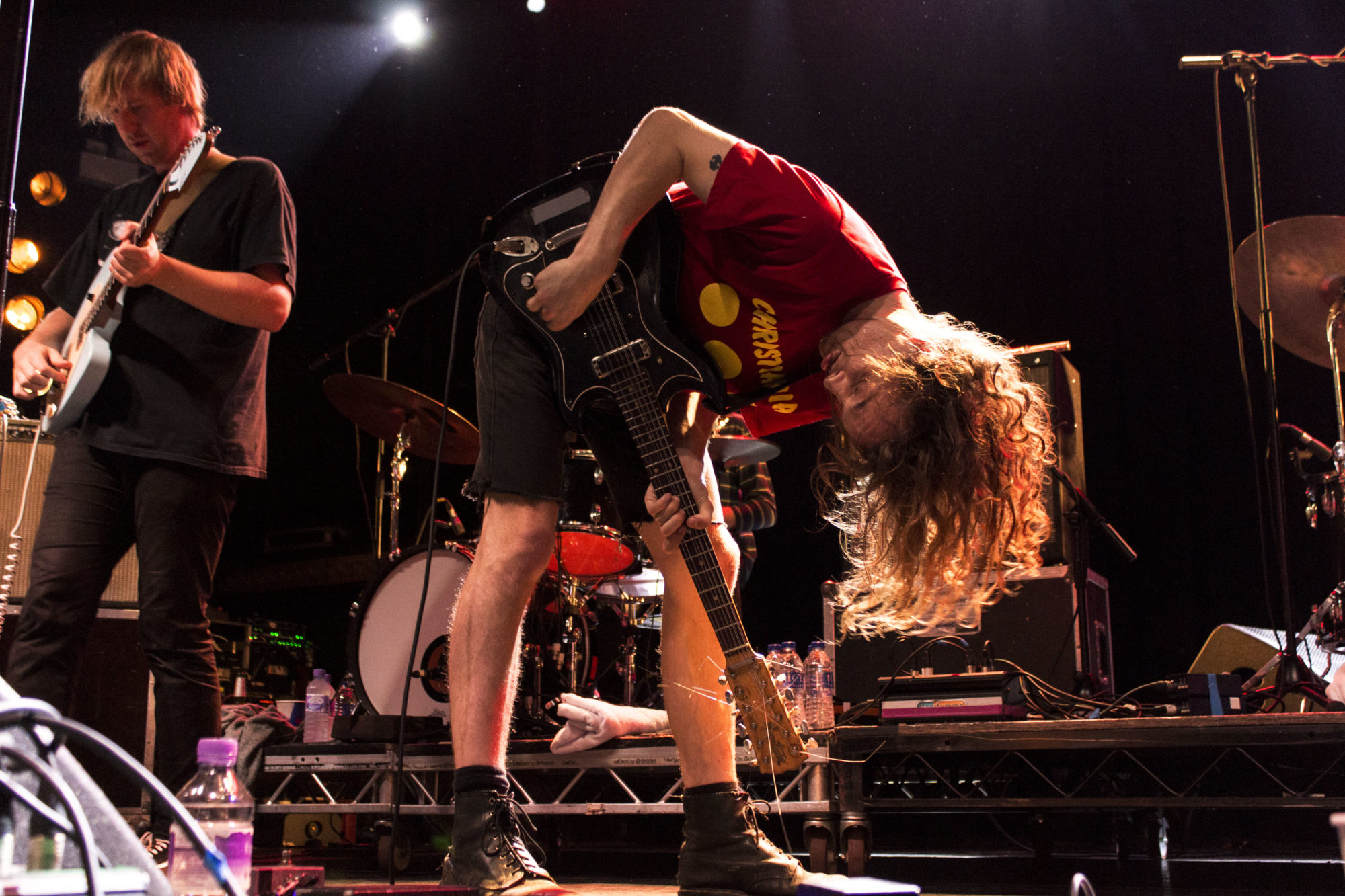 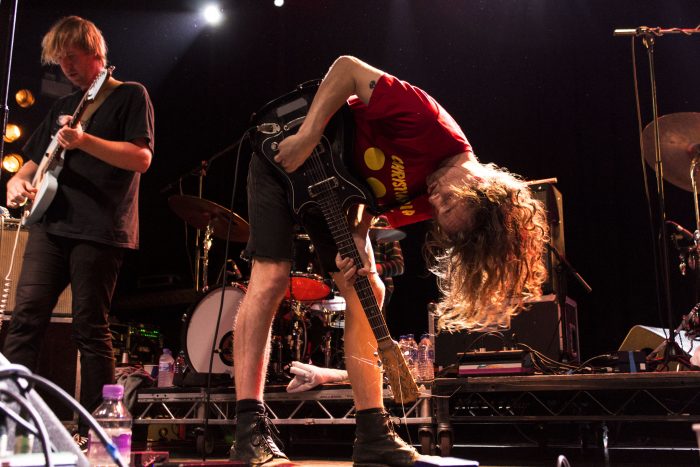 King Gizzard and the Lizard Wizard

Strange Waves deliver a night packed to the brim with some of the finest artists around. Selma and James check out what all the fuss is about, and catch King Gizzard at their best.

When word started to travel that Strange Waves were planning on a special mini-festival at the Ritz, and that King Gizzard and the Lizard Wizard were headlining, you can bet I was excited. Everything I’d heard of the Australian psych-rockers had made their live shows sound like the stuff of legend. And that was just the first act to be announced. In the coming weeks, Shame, The Big Moon, The Parrots and The Wytches were all announced. It was shaping up to be one of the nights of the year.

The Ritz was an intriguing choice of venue for an event like this, with different bands performing in the main ballroom and in the basement. The night kicked off in the basement with quirky Mancuinian songstress Charlotte Cannon, who dazzled the small crowd with her minimal sound. Thankfully, there were no clashes with the acts so I managed to catch shoegaze-y Australians Methyl Ethyl in the ballroom, before attempting and failing to cram myself back into the basement to see much-hyped up-and-comers Shame. By this point, it became clear to me that the basement might not be the most practical of venues for acts like this. People were standing on furniture to catch a glimpse of the raucously grungy young band, but luckily we all got a view once the band themselves decided it was time to climb on the speakers to play their last few songs.

The Big Moon were next up in the ballroom, and what a treat they were. I’d be following them since catching them earlier in the year at Liverpool Sound City, and though their set list hadn’t changed, they still managed to wow an enormous crowd of mostly new listeners. Their now trademark cover of Madonna’s ‘Beautiful Stranger’ was a definite highlight, and I’m eagerly anticipating them announcing their own headline tour. Top stuff. 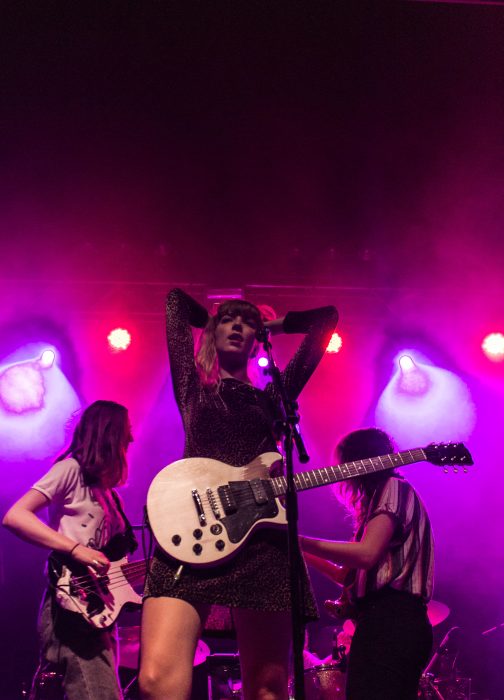 I hadn’t heard of The Parrots prior to the event, but their high billing had me intrigued. The Spanish stoner-rock band have been active for a fair few years now, but were new on my radar. Their show was great, but the entire audience trying to pack themselves into the now sweltering basement was decidedly less fun. But The Parrots played on, despite the sweaty humidity of the small room, and impressed with their slacker stylings and riotous set list.

And then it was time for the boys themselves, King Gizzard and the Lizard Wizard. To be upfront, this band has very much passed me by until their latest release Nonagon Infinity – which has quickly skyrocketed up my rankings to become one of my albums of the year. The Aussie kings of psychedelia kick things off with a run of songs from this release, and if I thought it sounded good on record, it’s an entirely different beast to see it in the flesh. 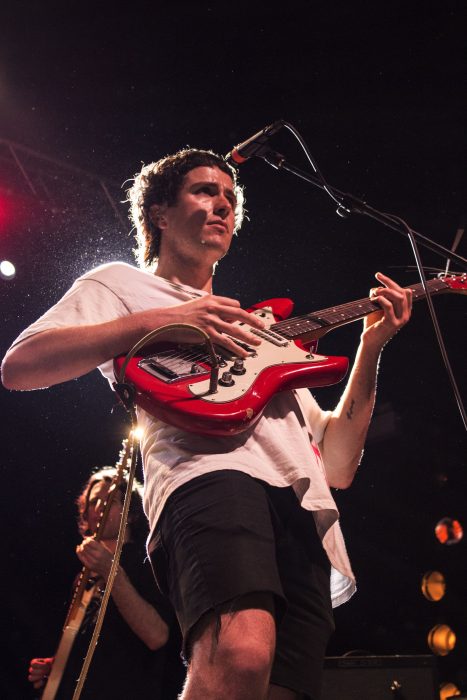 The songs are crafted in such a meticulous way that the set itself felt as though it was one singular experience, with peaks and troughs and screams and shouts and everything that makes live music great. There were two impeccable drummers, bouncing fills off each other and tirelessly ensuring that the experience felt invigorating as each song melted into the next. The guitarists were unsurprisingly fantastic, but what was most surprising was the introduction of not only several harmonica solos (including one of the best things I think I’ve ever seen – a call and response with harmonica and guitar battling it out with solos) but also some pretty sensational flute work from lead singer Stu Mackenzie. 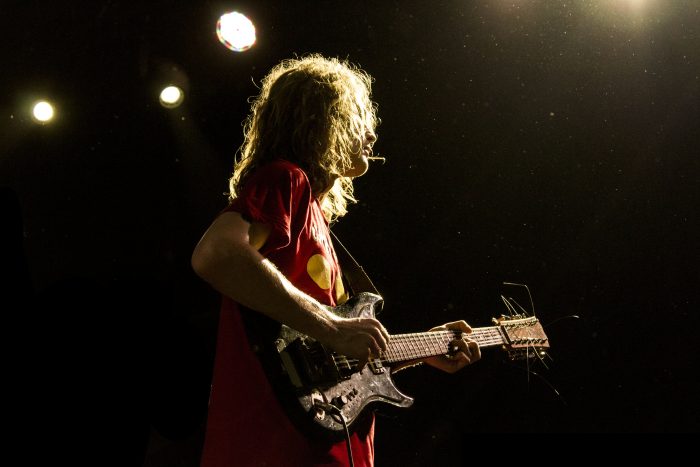 I could go through their set track by track but that would be doing them a disservice. Even when playing some of their earlier material (including the superb Cellophane), you couldn’t shake the feeling that each track had been handpicked to complement the next, and as with Nonagon Infinity itself, the show came full circle, their closing track mirroring their opener with the sublime Robot Stop. It was a sensational show that managed to feel more like a carefully choreographed piece of theatre than a gig, and the rapturous applause the band received at the end of the show told me that others felt the same way. Nonagon Infinity really did open the door, and it opened the door to an experience I’ll cherish for a long time.

All words by James Lowther. More writing by James on Louder Than War can be found at his author’s archive. You can find Selma on Instagram here