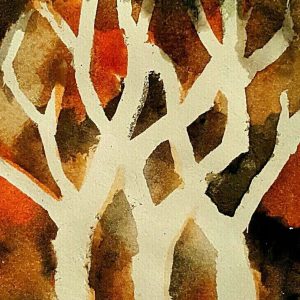 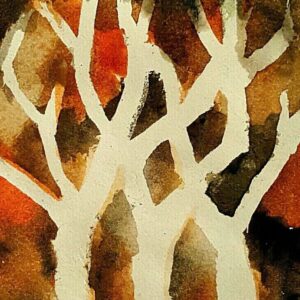 Some Kind Of Illness – Souls

There are some moments in life which popular culture seems to shy from – those moments in which we feel alone, peculiarly aware of all our indecision, uncertainties. Dawn breaks and you lie unsure whether there is more light in the sky than dark – and the sound of Some Kind Of Illness ingeniously manages to soundtrack those bittersweet spaces, that so-often untouched sense of mortality. Raw yes, but all the more beautiful for it…

Introspective rather than electric, Some Kind of Illness return with a second album ‘Souls’ which retains the ambient atmosphere of their debut – inviting the listener’s self-reflection – but this time revealing even more layers.

This powerful effect is particularly well-served by the greater vocal intensity of this album; with the early track ‘Seattle’ mourning a memory which ‘stares back on a grainy screen’. Thanks to lyrics rich with imagery, Paul Hinks’ strong voice amplified with echo – the music pulls you in like a wave with soft seeping cello and dual female vocals; an arrangement which draws our emotions to the surface.

Music is often moving, but this album does one better, capable of creating movement – that sense of mortality I mentioned earlier addressed through lingering layers of sound which make the goosebumps blossom on the skin. Melancholy, but most definitely alive.

It hits something instinctive, with the title track ‘Souls’ opening with acoustics in a way which reminds me a little of John Lennon’s own self-reflective ‘Jealous Guy’.  Intensity then arrives in the form of strings and synths, gentle keys caressing us towards  a tremendous electric guitar solo . A bittersweet balance of ambience and anger, which is what this album achieves so significantly.  The theme is longing, yearning  and the lyrics are dual and raw ‘I’m gonna wait for you/until you come back again’.

‘A beautiful ambience but with a harder edge’

This rawness has again that quality of addressing instinct – a feature of the music celebrated in the album artwork, bold natural imagery infused with autumnal colours, from New Model Army artist Joolz Denby. And whilst Paul Hinks was lead singer-songwriter for much of the first album, now brother Mark brings a new element to sound and lyricism, maintaining a beautiful ambience but with a harder edge.

Drawing out human empathy with handheld instrument, art and voice is one thing though, but being able to master it through electronica is another matter entirely – and  this is also attempted on the album. Too much? Some Kind Of Illness shake off all doubt; creating tracks which sound like nothing they have done before – take ‘2019’ which opens with an almost spacey mix, before slow oriental-influenced guitar sounds seep in and send us deeper into self-reflection with a gathering synth energy.

This ability to master the instrumental as well as the lyrical, is a quality the two brothers have matured to master in this album.

That’s not to dismiss the ever-strong lyrical quality though, and what is particularly notable  is the Hinks’ use of voice on this album, loading words with an almost liquid weight; like in the track ‘Another World’ with the lines ‘she says it’s my conviction/ and leaves my mind to wander’. There is expression here which lets the audience listen in on a character coming to his senses about the reality of a relationship, accompanied by driving drums and continuous keys in what sounds like a change in tone of SKOI.

If the debut album was a journey into the numbness of lost love, ‘Souls’ swells through the turbulence of love – and the capacity for self-realisation inside it. ‘Another World’ also contains more of that primal imagery which emphasizes the ability to achieve self-understanding is still very much alive.

Other tracks seem to capture scenarios or instances, rather than just introspection – with a notable cluster close to the middle of the album. ‘The Other Side of Hate’ is particularly clever, with the word ‘hate’ gruff and gravelly, almost cried out in a way which sounds a little like ‘hey’. In this way, a greeting and the concept of hatred come close to each other, just like the sensations of love and hate in many of the songs SKOI explore.

It’s a beautifully bittersweet work, as also clear in ‘Lido’, which opens with electronica, becoming a distorted blend of classical strings and haunting female vocals telling of a ‘broken girl’ and a ‘broken man’. The trill of piano in the background reminds me that it is scenario many can sadly relate to.

‘Evokes imagery close to that of Alice in Wonderland; an enchanted intensity…’

Two stand-out tracks feature towards the close of the album, Travelling Backwards in a Cave’ and the immersive ‘Cascais Rain’. With vocal collaboration from singer-songwriter Josey Marina, ‘Traveling Backwards in a Cave’ is brimming with earthly impulses; from Marina’s ethereal voice to sounds of gongs and an almost tribal beat inviting us to enter ‘under the white light’ and ‘take this to stop you dreaming’. This whispered intensity reminds me a little of Spiritualized and evokes imagery close to that of Alice in Wonderland; an enchanted intensity where even the impulses of the child come out.

Perhaps that’s because we fall in love like children – young, optimistic, excitable, and yet learn about the age-old journey of difficulty, disparity, the anger of loss. The loss of love is after all a key theme of the album, and we are prepared for the ultimate exploration thanks to penultimate track ‘The Secret’ featuring a more downtempo, slow acoustic, with plucked lead guitar notes over the top leading us into a wistful state of wondering, wandering…

Ready to wander into the final flourish of ‘Cascais Rain’, almost stinging in its bittersweetness, fading in with string-like synths and beautiful sliding guitar, slightly wavering. The notes ascend and yet the lyrics pour down ‘I was thinking of the day/ When the future fades away’, the half rhyme rolling home the concept of absolution – and the art of accepting it. With more volume compared to the rest of album, infused with electronica whirring on the edge of distortion – this track closes with the concept of coming to terms with one’s own impulses, one’s love and what one chooses to do next.

Some Kind of Illness can be found via Facebook and Twitter where they tweet as @skoiband. You can also listen to the tracks on their Bandcamp.