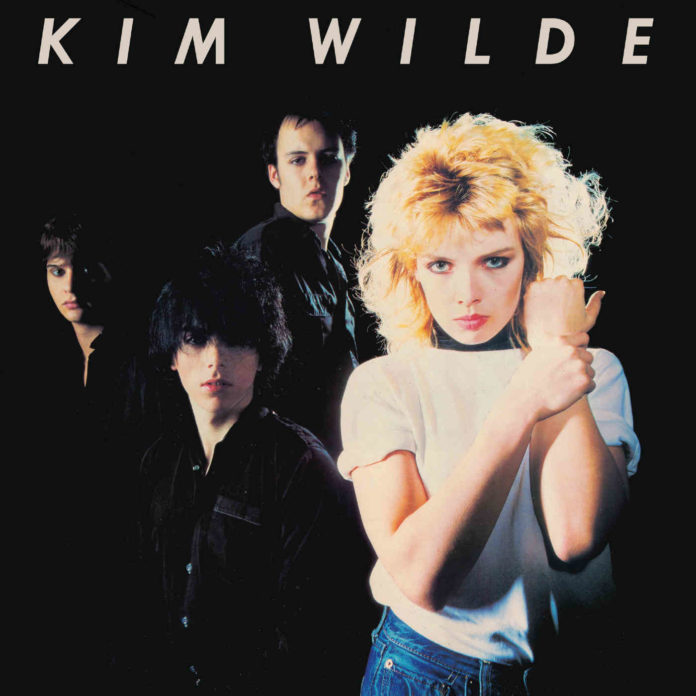 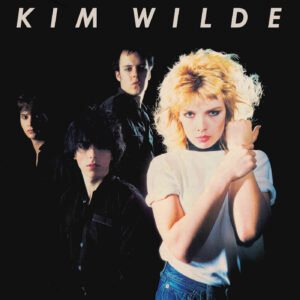 2CD + DVD Reissues of the first three Kim Wilde albums, each with bonus tracks and remixes plus videos and Top Of The Pops appearances……LTW’s Ian Canty considers the lot of being in the family business…..

I suppose that being a blood relative of a successful musician does open doors, but also means you come along with a lot of baggage too. It’s a case of swings and roundabouts really as having that family link is no guarantee of success, think Chris Jagger, Jimmy Lydon, even Kim’s brother Ricky, who saw his teen idol career quickly peter out. Some even changed their names to play down the connection, mindful of the endless comparisons. Kim Wilde elected to be open about things from the start, which I think helped. Plus she had a raft of addictive and catchy numbers, authored by the aforementioned Ricky and father (and 50s rock & roll star) Marty, helping to ease the way.

Taking a range of new wave/electronic bands as influences, in late 1980 the duo of Ricky (handling all instruments) and Kim recorded Kids In America. Mickie Most’s RAK imprint had already shown an interest in the pair and put out the single. This resulted in a sizeable UK hit, eventually climbing to number two and garnering plenty of success overseas too. On the back of all this interest an album was prepared, hoping to be something that could firmly establish Kim as an artist. Which it duly did by racking up enough sales to warrant a gold disc from the BPI.

The self titled debut plater was a winning collection of late-period new wave pop, coupled with a heavy dose of synth action. The sleeve does owe a large visual debt to the first Blondie album, with Kim obviously the focal point while her group, including ex-Chelsea guitarist James Stevenson, skulk a bit further back. I suppose it works in making it appear more of a band thing, even if the music and singing was again almost all done by the siblings (with assistance from prog behemoths the Enid).

Listening back to the album in the present day, the first thing that struck me is the gutsy guitar sound – yes these songs are pure early 80s new wave, but they’re despatched with real hammer and energy and then-fashionable synths are sprinkled about liberally too. With such a lot going on instrumentally, it would have been easy for a singer to be overwhelmed, but credit to Kim as the force of her personality wins through, despite the odd rocky moment vocally.

The singles are the highpoints, with the steady, “Stepping Stone” riffing of Water On Glass a particular treat, but the punky Young Heroes and closing track Tuning In Turning On also impress, the later has a hint of Magazine circa Secondhand Daylight about it. A couple of reggae-tinged efforts 2-6-5-8-0 and Everything We Know vary the formula a bit, giving the record a little more depth. All things considered, Kim Wilde the album has an irrepressible gusto which sees it through the trickery moments. The bonus track here round up the various single versions not featured on the LP proper, with the 60s influence of Boys being the standout for me.

The remixes which make up disc two of this set are a more thorny prospect. Given that only three songs feature in several different guises, you’re going to have to be a pretty zealous fan of Kids In America, Water On Glass and/or Chequered Love to want to play this disc very often. Though I’m bound to say that I much prefer each song its original incarnation, some of them are quite fun, with the Matt Pop Extended Version of Chequered Love being my pick.

The final disc of this set is a DVD which rounds up the singles’ videos and Top Of The Pops appearances. The videos’ early 80s origins are plain to see, all sullen freeze frames, pouts and futuristic clean surfaces. The “unedited shower take” of Chequered Love has a sopping wet and freezing looking Kim alternating between singing, shooting dirty looks to the video director and trying not to laugh. It’s a fun extra to have along with the Top Of The Pops appearances which are pretty much what you would expect, clipped of the presenter’s intro and outro.

Less than a year on from the debut, follow-up LP Select emerged. There’s a different emphasis at work here, the synths in general dominate more. If the new wave pop of the first record was fairly “late in the day” by 1981, this one repositioned Kim and the band’s sound more or less firmly in the electronic sound that was at the forefront of UK pop. Though it is admirable Ricky and Kim didn’t merely repeat the formula that served them so well last time out, Select isn’t quite so satisfying, having less in the line of the pure pop fun. Again the singles are the standout tracks, with the chilly synths and pacey rhythms of View From A Bridge shining. Words Fell Down harks back to the debut, an insistent and winning pop concoction and the dreamy sadness of ballad of Just A Feeling achieves a good effect. The album closes with the moody Cambodia single and its instrumental reprise.

Again the bonuses on this initial disc mine the various single tracks from around the time. The non-album Child Come Away is a real gem, even though it was her first single to flounder outside the Top 40, a great tune. The video, featured on disc three’s collection of TV slots, is also worth a look. Reflecting the spooky thrust of the song (the esoteric again would find expression in her work on the recent Here Comes The Aliens LP), Cornwall deputises for Miami in a production which have must at least cost a fiver, Mickie Most’s three minute Twins Peaks!

Where this edition of Select scores over the debut album is with the inclusion of six early mixes and demos. The simplicity of these versions mostly trumps the more cluttered album tracks for me – Take Me Tonight is far more earthy and enjoyable in this form. Also on the second disc we get another set of remixes, with the dub touches on View From A Bridge, remixed by Luke Morney, being satisfying and different.

Kim’s third album Catch As Catch Can was trailed by the Love Blonde single, which restored her to the UK Top 30. If the jazz/rock & roll references on this catchy number might have signalled a change of direction, this LP was a natural follow up to Select. It’s chiefly made up of a electronic dance tracks, as evidenced by the record’s other single Dancing In The Dark. House Of Salome gets things under way in just such a fashion and following tune Back Street Joe utilises an almost Hip Hop rhythm. The fast Sparks and Stay Awhile have a touch of Ultravox about them (Midge version) and Can You Hear It is a quality low-key ballad.

Back Seat Driver, one of nine bonus tracks again from the various singles, has plenty of zip. But I can’t help feeling that Dancing In the Dark, for all its bluster, wasn’t a natural single and doesn’t really bear the repeated listening of four extra versions. Moving onto disc two, we again get some rough mixes of the album material, thirteen in all. The austere synth sound that Shoot To Disable receives suits the song better and Dream Sequence from the album has its long instrumental intro cut as a separate track, something that makes complete sense. Sail On is brilliant, a real showstopper and the songs in this more basic form work really well.

The final disc is again a DVD taking in tv spots and videos. The videos are a bit of their time, but Love Blonde plays up the self-parody of the song nicely and Dancing In The Dark is an arty Tim Pope creation. A Crackerjack appearance playing the latter is a real eyepopper, having the band positioned on a frighteningly bright set and finally there’s a short TV advert for 1984 The Very Best Of Kim Wilde album, featuring brief snippets of videos of the hits. I feel that Catch As Catch Can was an improvement on Select, but failed to hit the Top Twenty like the previous two. Instead it floundered at a highpoint of number ninety, though Kim proved her resilience to come back and score many hits afterwards. She still records and tour successfully today.

These three reissues are nicely put together – the demos and rough mixes are real finds and the videos are good fun to watch, if perhaps not essential. Kim Wilde, backed by the songs of brother Ricky and dad Marty, presented some irresistibly breezy and fresh pure pop on these three LPs, with the debut’s punch making it my favourite. She was clearly a smart cookie and her voice and charisma brightened the early 80s with vim and panache, as evidenced here again and again.