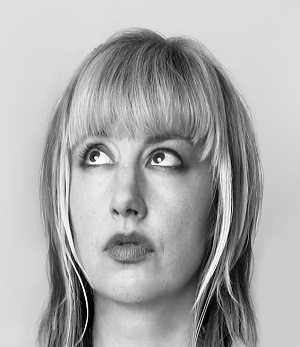 Kim Shattuck the guitarist and singer with the great USA band The Muffs has died at the age of 56. The band who were LTW faves (interviewed here) delivered thrilling electric rushes of dirty bad ass raucous pop punk rock with Kim’s screaming raw vocals that also saw her noticed by the Pixies who she had a brief stint for in 2013.

She had started her musical journey with the Pandoras before the Muffs began in 1991 when she broke away with her long time musical collaborator, Melanie Vammen, releasing their debut album in 1993 and their latest album 2014’s Whoop Dee Doo (review here) after a hiatus after her stint in the Pixies. There is a new album in the works and hopefully we will get to hear it.

Kim had a 2 year battle  with amyotrophic lateral sclerosis (ALS), according to her husband Kevin Sutherland, who shared the news on his private Instagram account.

“This morning, the love of my life passed peacefully in her sleep after a two-year struggle with ALS,” he said. “I am the man I am today because of her. She will live with all of us through her music, our shared memories and in her fierce, creative spirit.”

Daniel Meade: When Was The Last Time – album review

Evil Blizzard album comes with great artwork – interview with the...

January 9, 2014
We use cookies to ensure that we give you the best experience on our website. If you continue to use this site we will assume that you are happy with it.Ok