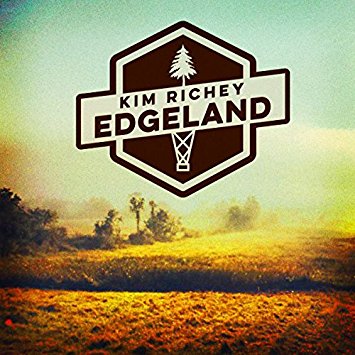 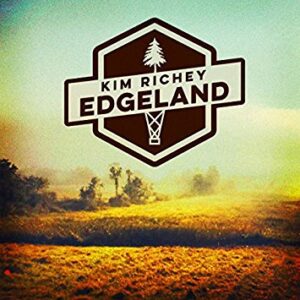 Kim Richey has been around the country music scene in Nashville since her breakthrough self-titled album in 1995. She’s since recorded seven records (“Edgeland” being number eight) and has written songs for a myriad of people and collaborated with the great and good of not only the Nashville scene but those of an Alt. Country persuasion to boot. Quite simply, this collection is a masterclass in songwriting.

“Edgeland” was produced by the much in demand Brad Jones- the production is shimmering and muscular- and features Robyn Hitchcock (of Soft Boys/Egyptians fame) as well as Green On Red guitar-for-hire Chuck Prophet and songwriting collaborations with Jenny Queen, Pat McLaughlin, Mike Henderson and others. Prophet plays and adds his sonorous, chocolate-y vocal tones to single “Whistle On Occasion”, too.

Given this is Richey’s first album in nearly five years, (Thorn In My Heart was 2013 I believe), it’s pleasing to hear that her touchstones remain very much intact; it’s based in country music, for sure, but the introspection is widescreen and any of that typical Nashville parochialism is left in favour of a dark humour and biting wit. She provided backing vocals on Jason Isbell’s (formerly of Drive-By Truckers) acclaimed “Southeastern” album which is a better recommendation than any I can give you. If you don’t know that album, I recommend searching it out.

Richey seems to have a love of music well away from country; her songs have more in common with someone like Steve Earle or Springsteen than sequins and boot-scooting. “Chasing Wild Horses” is one of the most uplifting and spine-tingling things you’ll hear this year. It positively sizzles with energy and pathos. The album bristles with influences that sound to these ears a lot like indie-pop, the Americana of The Jayhawks or Whiskeytown and a little bit of modern folk music. You’ve probably guessed that I like this ‘un a lot.

The album arrived as an add-on with a bunch of unrelated review stuff and the PR wrote “I think you’ll like this one”. She couldn’t have been more correct. It’s a hard one to categorise, no surprise; it’s not Nu-country, it’s not alt.country and it’s way too clever to be traditional country. It has, as mentioned, elements of rock and indie and Richey’s lyrics are bittersweet, world-weary and blackly funny at times. “I Tried” has harmonies to soften the hardest heart and “Your Dear John” reverses the typical “goodbye/good luck letter” to one abroad in service.

Having written two number one songs for Radney Foster and Trisha Yearwood (“Believe Me Baby” which was Grammy nominated) as well as others for Mary Chapin Carpenter, Patty Loveless and others, she certainly keeps herself busy. Kim is on tour in the U.K. in May. Dates are detailed below.

All words by Joe Whyte