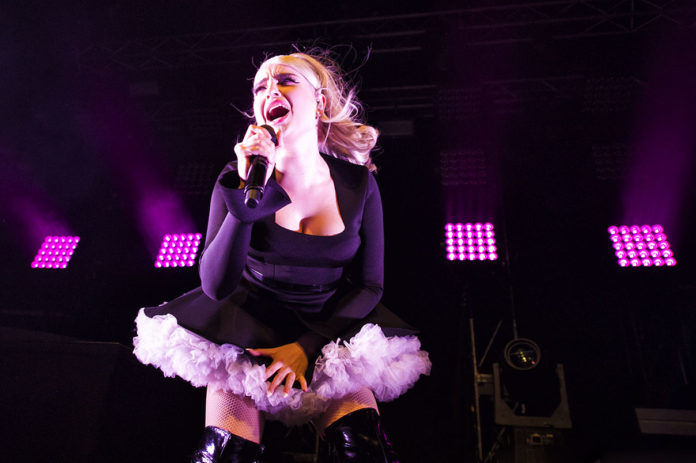 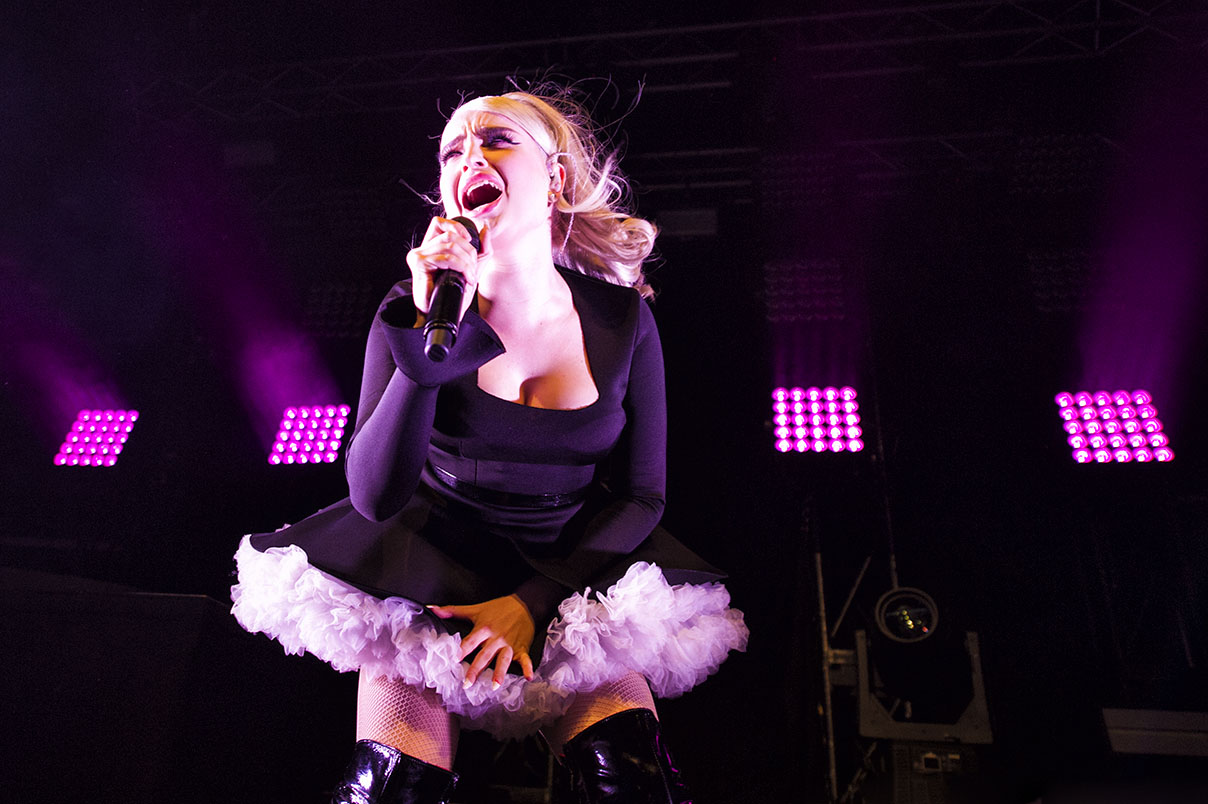 On a blustery Manchester evening, as the gales began to build and Storm Ciara was well and truly on her way, crowds of pumped-up fans flocked around the Academy ready to make some noise at the Kim Petras concert in support of her first studio album from 2019, Clarity. Windy weather always does make the kids go a bit wild, as they say!

The rowdy lot were as wonderful and colourful as a pick ’n’ mix assortment, mashing 90’s grunge fashion with splashes of glitter on their made-up faces, with some serious contour and highlighting that could surely give Ru Paul’s Drag Race a run for its money.

Inside the Academy I’d experienced a Déjà vu moment or two from my mid-teens – which was the last time I set foot here, I mingled with the masses whilst I got ready to experience my debut gig for Louder Than War.

The party got underway with DJ Alex Chapman playing some 90’s ‘retro’ pop tunes that I thought I’d never hear again. It was playful and friendly with nobody taking themselves too seriously, everyone was having fun and I was enjoying all the feel-good vibes emitting from around the room.

Come 8:55pm after the drinks had been flowing, the live DJ set shut down and made way for the night’s main event. As the lights dipped low, the room went dark and still, though momentarily, and all eyes and attention turned towards the stage in anticipation.

A massive boom came from the bass and Petras appeared under full lights looking mega in a monochrome Barbie doll, tutu-style number. The 27 year old, German singer looked and sounded every bit the pop princess. Her hair was part blonde, part black in a sleek ponytail and she looked a combination of naughty but nice. 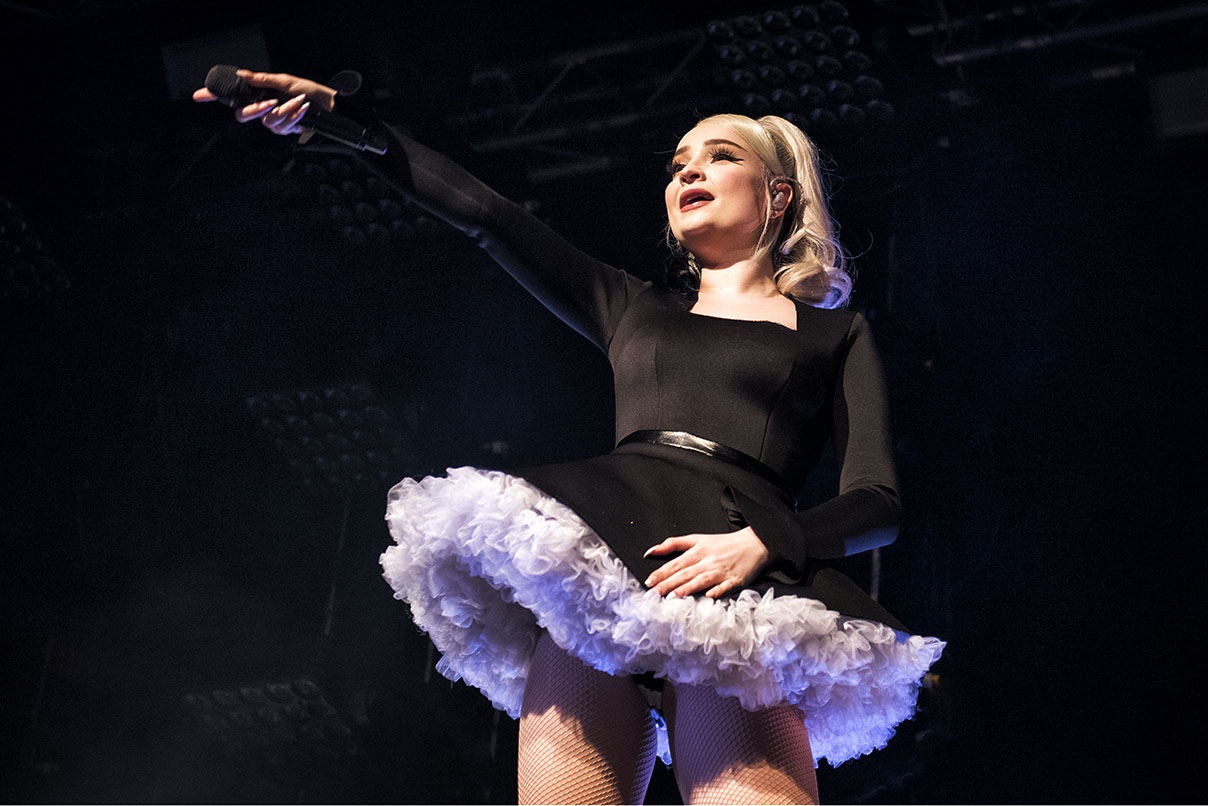 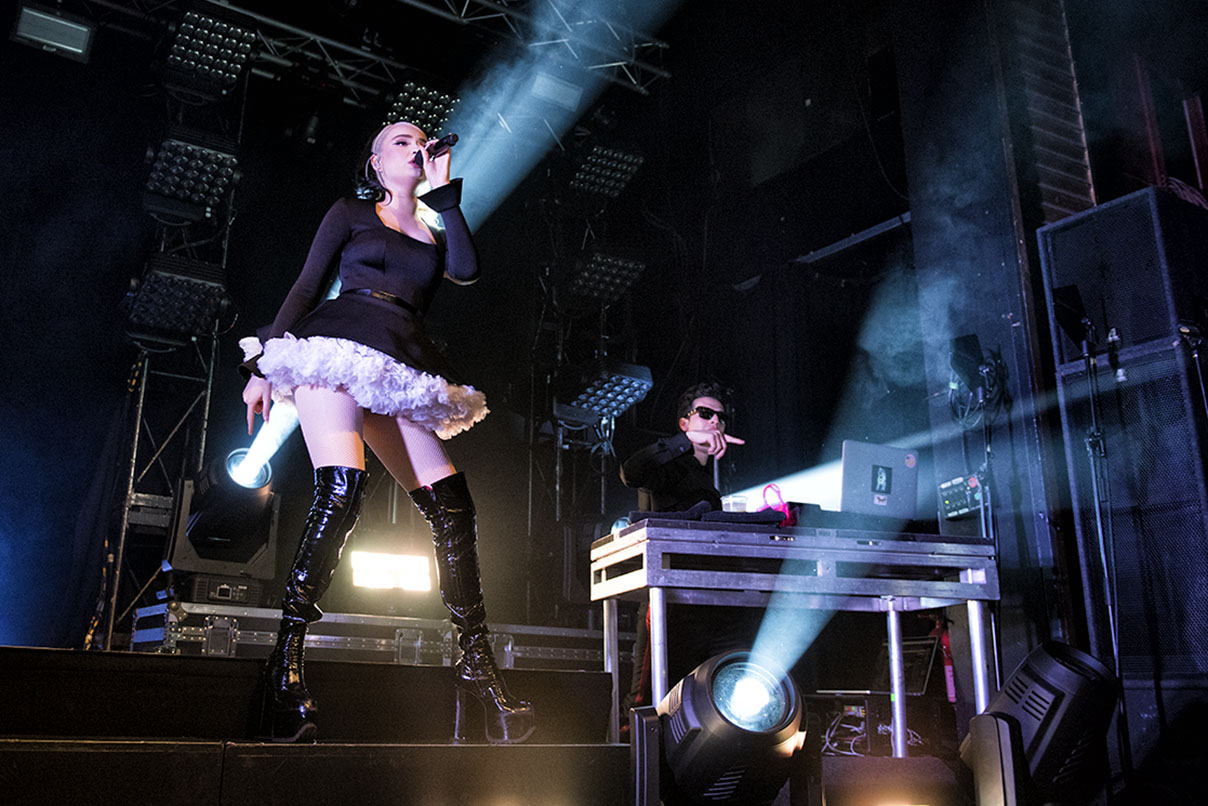 She kicked the night off with an undeniable swagger as she sang her song, ‘Clarity’ serving the audience pure pop with in-your-face lyrics of uber self-confidence, success and achievement. Being a transgender pop artist, Petras also has a large LGBTQ+ and diverse following that obviously have a great love for her, many fans relating to her lyrics about knowing herself, believing in herself and not caring about what others think of her.

At one point, Petras handed out some “Lil’ bitchy bags” to a couple of audience members. She clearly had a great connection with her fanbase when she chatted between tracks and they cheered her on and sang along with her.

‘There Will Be Blood’ made a definitive change from the candy floss feel to a more gothy one and it became apparent why she mixed the black and white hair and dress code. Petras was now the good girl gone bad, wearing pink patent leather killer boots and different one-piece suits, hair up in a long whip-like golden plait and black retro block shades, which she then pulled off and threw across the stage, all as she danced on a turning platform I might add! 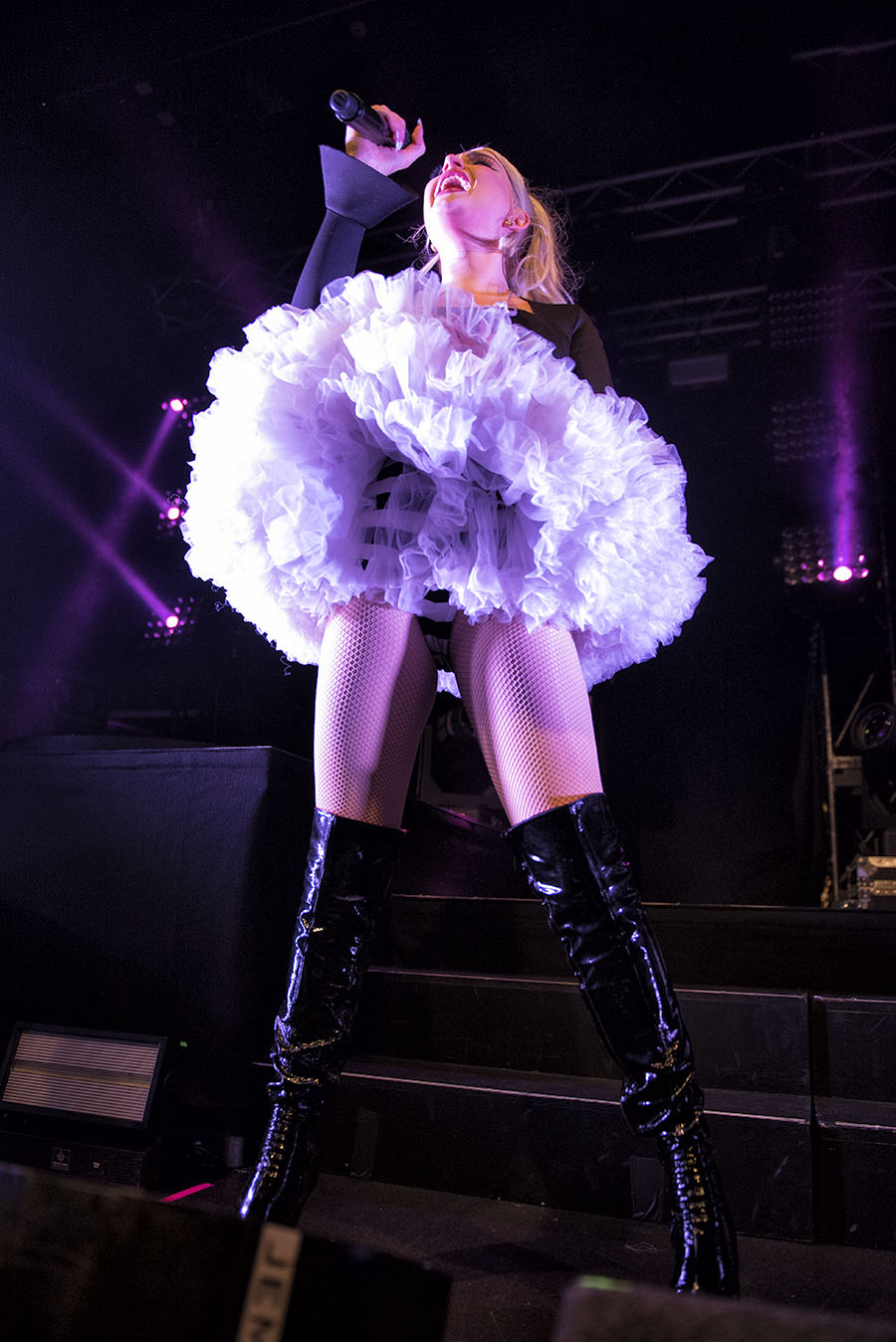 As the night went on, the music transformed from simpler sounding pop tunes into a much darker tone, incorporating more dance and electro elements with added layers of synth and booming bass – which my ears are still ringing from. There was also some hints of R’n’B and a little bit of rapping from Petras in parts.

Overall, it was an awesome evening with a fairly well thought out setlist that gradually metamorphosed throughout the night playing with different sounds and styles but ultimately ending on a poptastic high. I think it’s fair to say that Kim Petras is a fierce up-and-coming pop artist oozing with determination and with a message to project to her audience, she certainly could be one to watch out for.

The future looks bright for this rising star.

Words by Holly Pritchard, this is Holly’s first piece of writing for Louder Than War.