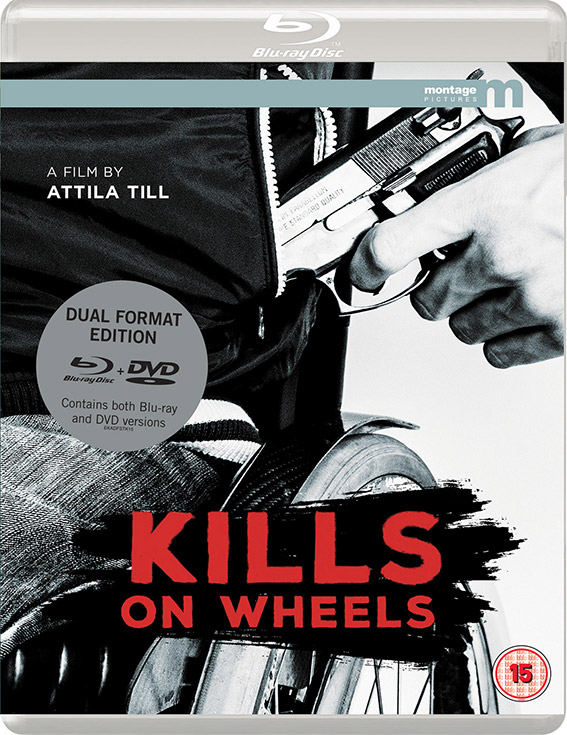 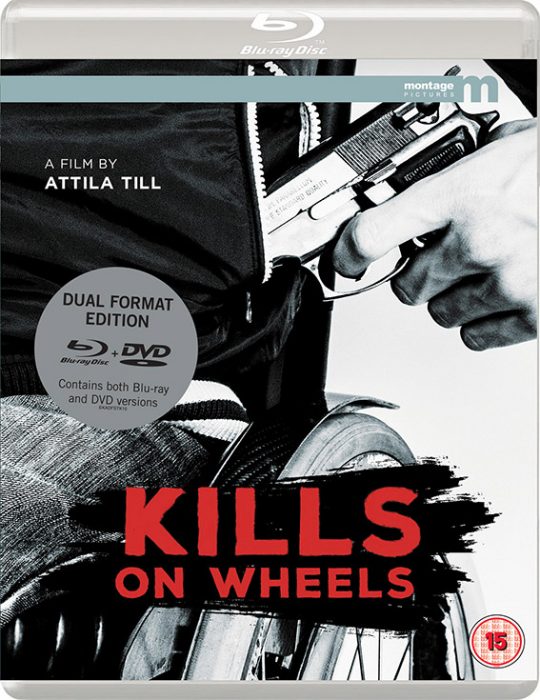 Jamie Havlin gives his assessment of a comedy drama involving a trio of disabled Hungarian hitmen.

Zoli (Zoltán Fenyvesi) and Barba (Ádám Fekete) are a pair of physically disabled young men, roommates living in a dreary rehabilitation facility. Zoli suffers from an increasingly severe spinal problem and is unable to stand while Barba has cerebral palsy. Their days mostly consist of taking part in a monotonous regime of physiotherapy and creative tasks such as decorating pots, which they demonstrate little interest in.

They do, though, spend as much time as possible conceiving and drawing comics and attending Comic Cons where they attempt to drum up interest in a graphic novel they’re collaborating on.

Their lives, though, generally lack adventure to the extent that stealing and letting off a fire extinguisher seems to be as much fun as they’re likely to get.

That is until they meet Rupaszov (Szabolcs Thuróczy), a volatile ex-fireman with unkempt hair, a fiery determination and a taste for neat vodka, who is paralysed from the waist down.

Rupaszov is older and definitely more worldly. He takes Zoli and Barba out to a club, buying them drinks and soon reveals that he’s in tow with a bunch of Serbian mobsters led by Rados (Dusán Vitanovic), an especially creepy looking man with a wedge haircut and chilling smile. Rados despises people with a vengeance but displays a real fondness for his ‘furry friends’, the four ferocious Rottweilers he takes everywhere with him and who will happily savage anyone who opposes their master.

Reluctantly, Rupaszov offers the boys the chance to take part in a hit he’s agreed to perform for Rados, giving them the opportunity to make some cash. They agree and begin assisting the older man on his missions.

Certainly, Zoli in particular could do with some extra money. His mother Zita, played by Móni Balsai, is desperate for him to receive the life-saving surgery he needs.

As Zoli puts it: ‘My organs will crush other. My liver will crush my kidneys. I’m a time bomb.’

Despite the danger he refuses to let his departed father pay for the treatment which looks like his only chance to live beyond the next few years. Zoli believes he would only put up the money out of guilt and he bitterly resents the idea of owing any kind of favour to the man who walked out on him seventeen years before. ‘He left because of me,’ he complains. ‘He couldn’t deal with a crippled son.’ He tells his mum that he can, though, spend his money on his funeral.

Attila Till’s second feature film draws on his personal experiences of working with people with disabilities. Two of the three main roles are played by actors who are themselves physically disabled, Zoltán Fenyvesi and Ádám Fekete and this gives the film a far greater authenticity than a similar piece with able-bodied professional actors playing disabled (and Inside I’m Dancing springs to mind here).

The film has its flaws, there’s a subplot involving Rupaszov attempting to win back his nurse ex-girlfriend which adds little to proceedings and the final twist was far from unexpected but its mix of reality with the fantastical made for an entertaining and unpatronising watch which also managed to be thought-provoking.

And to give one example of this – when one hit takes place in a crowded Budapest square, the dead man’s bodyguards search around for signs of the assassin and spot Rupaszov feeding birds. Obviously he couldn’t have carried out the hit as he’s a paraplegic. I have to admit, I would have very likely made the same assumption. Maybe you would too?

For more on the film: https://www.eurekavideo.co.uk/montage/kills-wheels