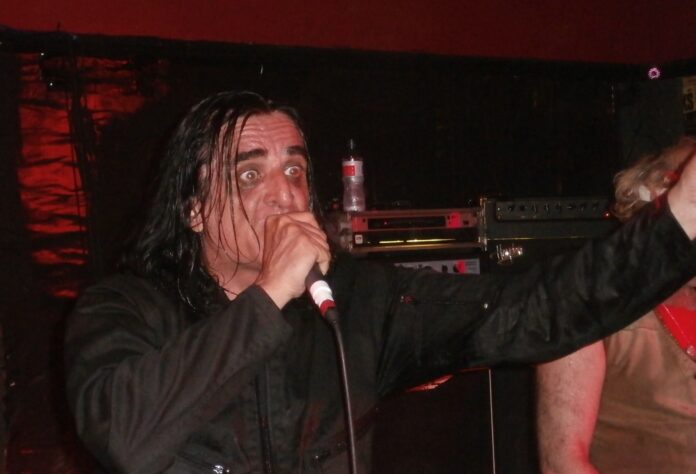 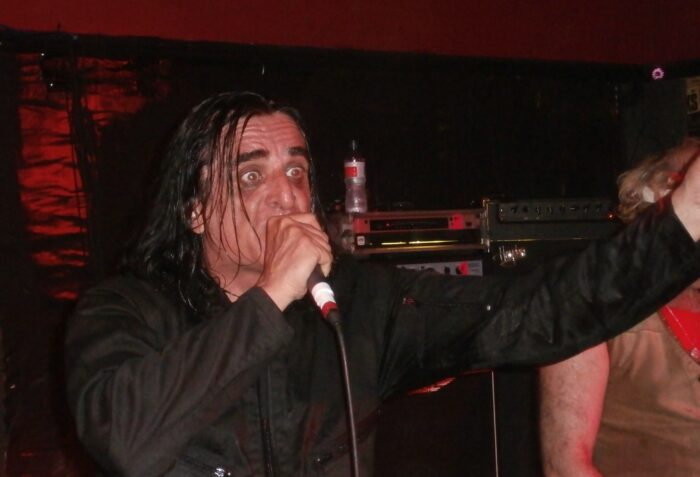 There are no half measures with Killing Joke. By now you’ll known if you are with them, or against them. Louder Than War’s MacTheHack proves tonight, he’s very much in the former camp.

There are no doubts about which side of the fence the audience at the Zombie Hut are on tonight at this warm up gig for the band’s Hellfest appearance.  It’s also a rare chance to experience the killing Joke juggernaut at close quarters in a space that feels not much bigger than a generously proportioned living room. 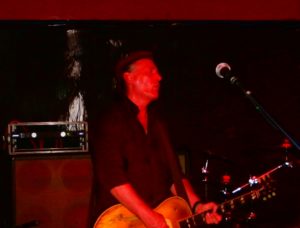 OK, that’s a bit of an exaggeration, but Killing Joke live in such a small claustrophobic space (packed to the rafters of course), makes for an intense, at times brutal, experience.

Kicking off with a bludgeoning ‘The Wait’ – probably their best known song to a metal festival crowd, thanks to the Metallica cover version – it’s clear that the most obvious crowd pleasers are front loaded in the set. ‘Love Like Blood’, for all it’s Top of the Pops pedigree sounds a bit incongruous alongside the big guns of ‘Wardance’ and ‘Requiem’.

Not that killing Joke are resting on their laurels.  Marshalled by Jaz Coleman’s raging charisma and driven by Geordie Walker’s unique eviscerating guitar, Killing Joke remain a compelling live experience, casually throwing out songs like bottled lightening from their imposing back catalogue.

Even without Paul Ferguson on drums the band meshed together around Youth’s fluid bass lines and the gleefully hard hitting percussion of Jason Bowld (ex-Pitchshifter), a regular and very able deputy at the KJ drum stool.  Tonight he has the look of a man who couldn’t be happier than contributing to this tower of sound. 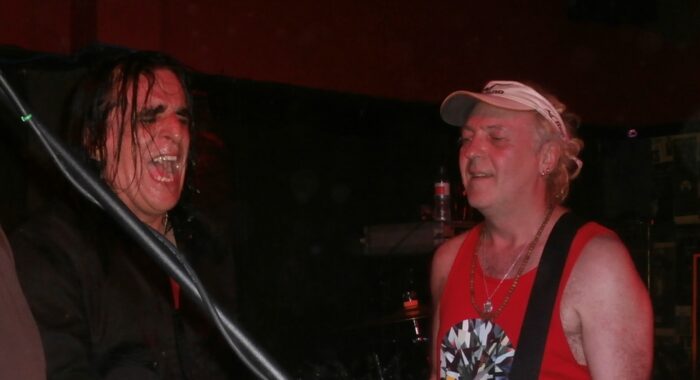 Tonight’s highlights included a positively disturbing channeling of fury from Coleman during ‘Exorcism’ and a totally compelling ‘Bloodsports’ as well as taste of the forthcoming album in the shape of ‘Autonomous Zone’ another high energy crowd pleaser that suggests the forthcoming album will continue the fine form of ‘Absolute Dissent’ and ‘MMXII’.

In a confined space it’s such physical experience that walking out of the gig, it’s a surprise to find we are still in Corby; when it feels like the last two hours could easily have been spent in the Hadron Collider.  But what’s beyond dispute is that the fire is still burning in Killing Joke.

Killing Joke will be touring the UK in October & November, for detail see killingjoke.com and are also on Facebook and tweet as @killingjokeband.

All words and photos by MactheHack. You can find more of Macthehack’s work by checking out his Louder Than War author’s archive.