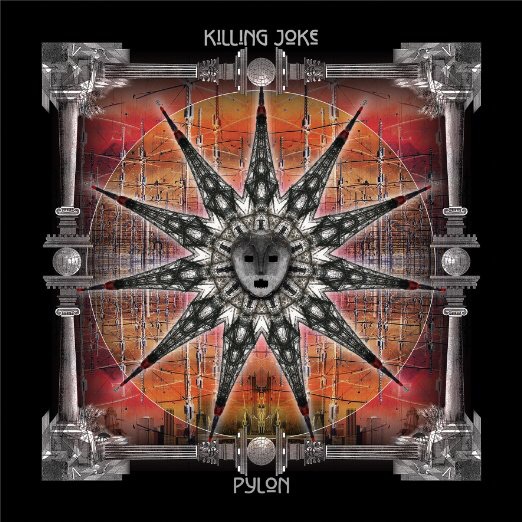 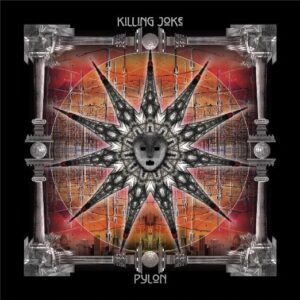 The gods of relentless are back and here they are at their most relentless.

As the planet earth teeters on the edge of the madness that Killing Joke have sung about in their bizarrely brilliant 37 year long career the band keep on delivering the soundtrack. Where once Jaz Coleman was looked on as some kind of lunatic preacher delivering his dark sermons he now seems to be the only sane man out here.

Pylon continues this theme- this is an album of madness, paranoia and personal pain but it is also an album of beauty in the maelstrom as the perfcetly sculptured noise somehow matches the singer’s curiously pure choirboy vocals. Jaz can still deliver the bug eyed sermons with that choirister from hell voice but there are also plenty of moments on this album when his voice shifts into that plaintive mode that sounds like its echoing around some huge cathedral.

This is the key to Killing Joke- they can do heavy and they can do brutal but they also can do beauty and find salvation in the darkness. When you get all the four key members into the room it brings down the voodoo like Miles Davis once did. There is a special black magik between these players and if their creative process is arcane and strange with various members joining in at various time on the creation of the songs it works perfectly.

The arcane process gives clues to how this band operates. Far from four lads aginst the world template of most bands, Killing Joke live lots of different lifetimes and lifelines. It’s this extra curricular that helps to create their unique nature. Jaz Coleman spent most of last year conducing the St Petersburg orchestra whilst Youth has become one of the world’s best known producers of pop and indie guitar bands. Yet somehow they bring this knowledge back to their main project. These unlikley strands help to bring the noise and power to this album and the three great preceding albums you can feel the dark,infernal power of their own muse that is like a 21st century equivalent of the thundercloud dynamic of the most darkest and most apocolyptic of classical music – this is not a music based on the blues but the European classical tradition and chanelled through the 4 piece guitar band template.

It helps is you have Paul Ferguson on drums – he is at his best on this album with huge, epic rolling drum parts that are like thunderclaps of Wagnerian awe. The  sheer physical presence of the band is down to his pumped up rhthyms that underpin the noise brought by Geordie and his guitar which remains one of the most distinctive sounds in rock music- abrasive and yet with a Ride of the Valkaries dissonance and swooping grandeur. Geordie can switch from those timeless chugs to a reaching for the heavens soaring break and never plays anything cliched or dull. Youth’s bass rumbles adding a dark undertow to the songs and those nagging 4 string hooklines have so long been key to the band’s sound.

And there is Jaz.

With his vision, vocals and just under the mix keyboard drones the singer’s crazed eye, high intelect preacherman gone Apocalypse Now are so central to the band’s unique hum and drang.

Songwise on Pylon we already all know I Am The Virus – it’s been knocking about on the internet as the prelude to this feast – it’s classic Joke – a naggingly catchy chug of a song with huge chorus that harks back to the old days when they first emerged into the middle of the mess of post punk battlefield. This was a time when they were one of those bands, like PiL and Joy Divison, redesigning the future from the past and reflecting the damp post punk gloom and taking the true adventurous path out of the punk wars. War On Freedom is like those kind of epic anthems they have been honing down on the past few albums but with ended melodic edge to it and one of those hammer down riffs from Geordie.

Delete is whiplash guitar riffing from Geordie and a weird apocolyptic bubbling keyboard and a dramatic infernal chord change. These songs are just  a sliver of what is, unsurprisingly, an intense work from an intense band. Pylon is yet another instalment in this engaging and strange story  and a place to get truly lost in.