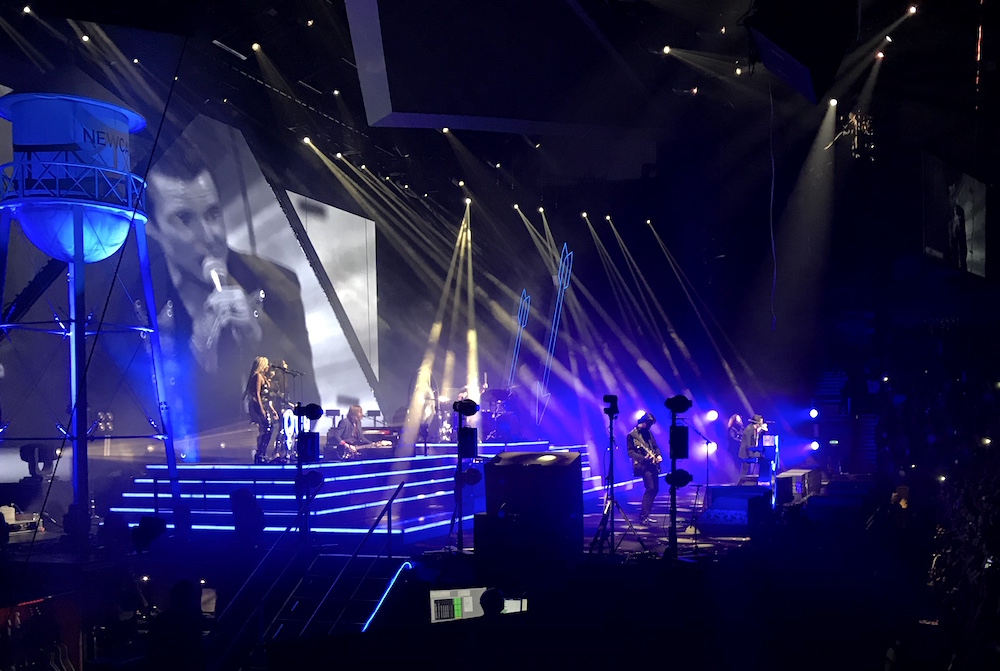 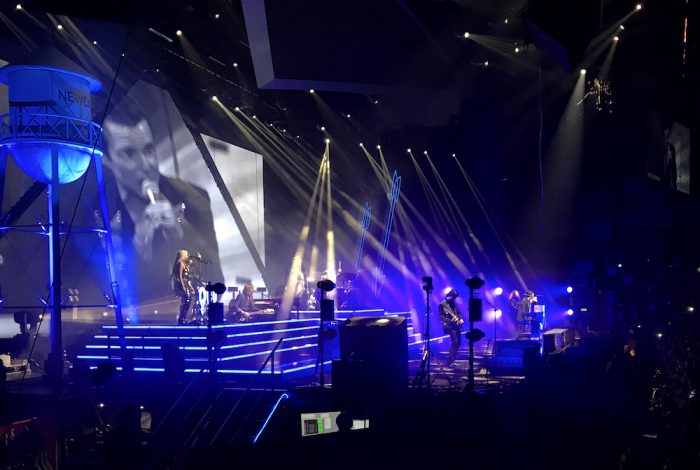 The Killers stop off in Newcastle and blow the roof of the Metro Radio Arena in Newcastle with a plethora of new and old tracks!

Having produced one of the albums which defined the last decade and in many cases sound tracked many of tonight’s audiences formative years, The Killers have continually and rightfully been hailed as one of the finest rock bands of the current generation. Where many others have tried and failed The Killers still remain relevant and tonight their Wonderful Wonderful world tour arrives in Newcastle.

Alex Cameron opens tonight’s show in his own inimitable style, as he seductively dances his way through an impressive set. With his main man and business partner Roy Molloy at his side, they warm up this capacity crowd with the likes of Marlon Brando and Takin’ Care Of Business. However, it is a track which Cameron wrote with Brandon Flowers that really sticks out.

Runnin’ Outta Luck possesses a similar groove to many of those most memorable Killers tracks albeit toned down to suit Cameron’s style. Cameron’s swagger amplified throughout the track it is a definite highlight and one which is genuinely appreciated by the heaving crowd. With the crowd suitably warmed up though it is time for Brandon and the band to take to the stage.

As the large curtain drops revealing a huge stage setup the band waste no time in kicking off with a rousing rendition of Wonderful Wonderful. Its an impressive start as Brandon taunts the overexcited crowd from the off, as the band play the opening chords of Somebody Told Me there is a flurry of pink confetti covering the crowd. From here on in the band take everything up a gear with songs old and new impressing throughout.

There is a definite political undertone to newer material with mentions of fake news and abuse of power, gone are the days of hedonistic experiences conveyed in their earlier work. These tracks still retain those chant along and excitable choruses though, couple that with a wide mix of the bands impressive back catalogue and it is a constant hands in the air affair throughout.

There are obvious highlights peppered throughout the set with the likes of For Reasons Unknown and All These Things That I’ve Done being screamed back at the band. There is even the appearance of a cover of Joy Divisions Shadowplay and Dire Straits Romeo And Juliet both of which are met with the same gleeful excitement as every other track.

They obviously retain their biggest hits for an exceptional encore as they close out tonight with When You Were Young and a rendition of Mr Brightside which can be heard long after the band have finished playing. Exiting the arena tonight no one has stopped singing for miles around as the chorus keeps on being repeated by the hordes of fans.

The Killers prove tonight why they’re still one of the most revered indie rock bands of a generation, its an epic set that takes in such a wide variety of material. However, there is one underlying theme throughout the set of enthusiasm and energy from both the band and the crowd.