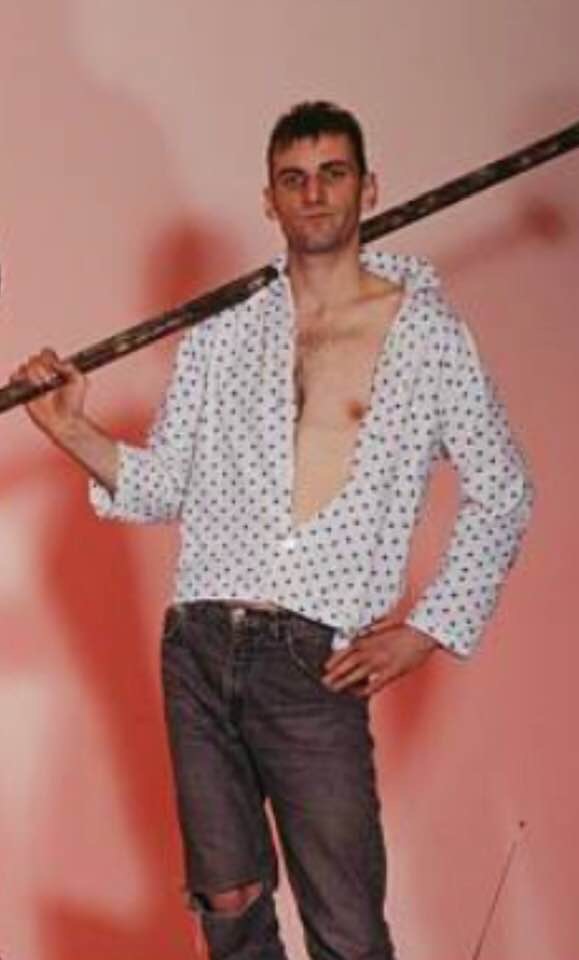 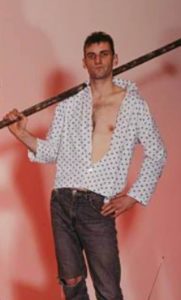 I was saddened to hear the news of the death of Kieron ‘Ronnie’ Flynn the former bass player from Britpop era punk/Manics glam band, Fabulous and film maker had died.

Ronnie was the tall avuncular character whose dark presence hid a gentle soul with a deep love of the rock and the roll who was obviously in love with the many aspects of the culture. With an amiable and slightly hazy demeanour he felt like a character from a Rolling Stones or Withnail and I movie and we became quite good friends in the post Britpop hangover. I first met him when he played bass for Fabulous – perhaps the last band to attempt the smash n grab media heist of the Sex Pistols and covering themselves in much media attention before crashing gloriously. Of course they were a hype and an exercise in media manipulation and were damn good at it using all their connections to the maximum but they also made a couple of good raucous punk rock singles that somehow got lost in all the noise.

Many years ago  I used to spend time with Ronnie as he ran around Camden in his post band days filming and documenting pop culture. We even filmed a pilot for a TV series which was based in his iconic black cab that he owned. The taxi was the studio where we did the links and filmed the interviews as we cruised around pre internet Camden and was the stuff of legend and provided sleeping quarters at many Glastonbury festivals. The idea was eventually used by another programme a few years later but we had fun filming it and recorded some great archive. For this series the taxi doubled up as a TV studio as we drove around London filming interviews with the likes of Luke Haines and other emerging bands and musicians at the time.

Ronnie was also archiving Peter Whitehead’s huge Rolling Stones resovoir of films and helping to look after Mick Jones from the Clash endless warehouses full of pop culture bruc an brac. I would meet him in another of Mick’s next door warehouses, which was full of Pete Doherty’s stuff from between evictions where he would sit like a Dickensian character editing film surrounded by the detritus and junk of the Libertines singer. Sometimes we would meet up to film stuff and end up in the kind of broken bedsits and overgrown gardens of the fringe Camden world of the emerging Libertines circle – an already distant world for me.

I will always remember him  immersed in that junk shop of rock n roll  ephemera, a tall skeletal figure in awe of the high decibel of the form almost drowned  by the fading memories and bric a brac of the culture with his camera and editing gear whirring telling me wry stories and tales from the near front line in that affable stained voice and also those glorious and hilarious adventures in his black cab. God knows what happened to any of the footage but it was great fun making it.

Rock n roll always burns bright and sometimes too bright for sensitive sounds and the moths should never get too close the flame. God bless you Ronnie it was good to have known you.