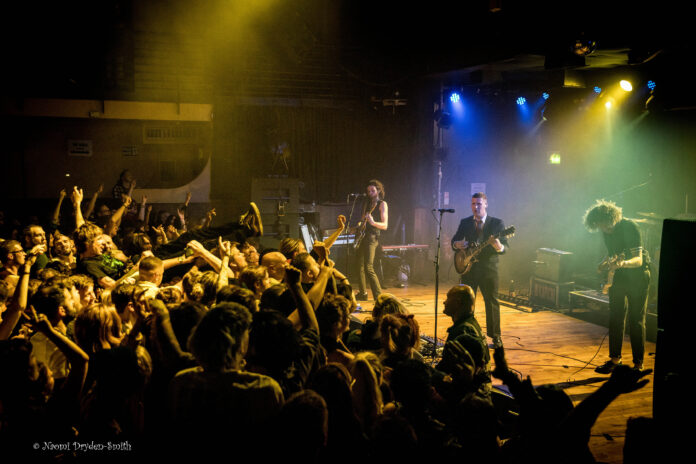 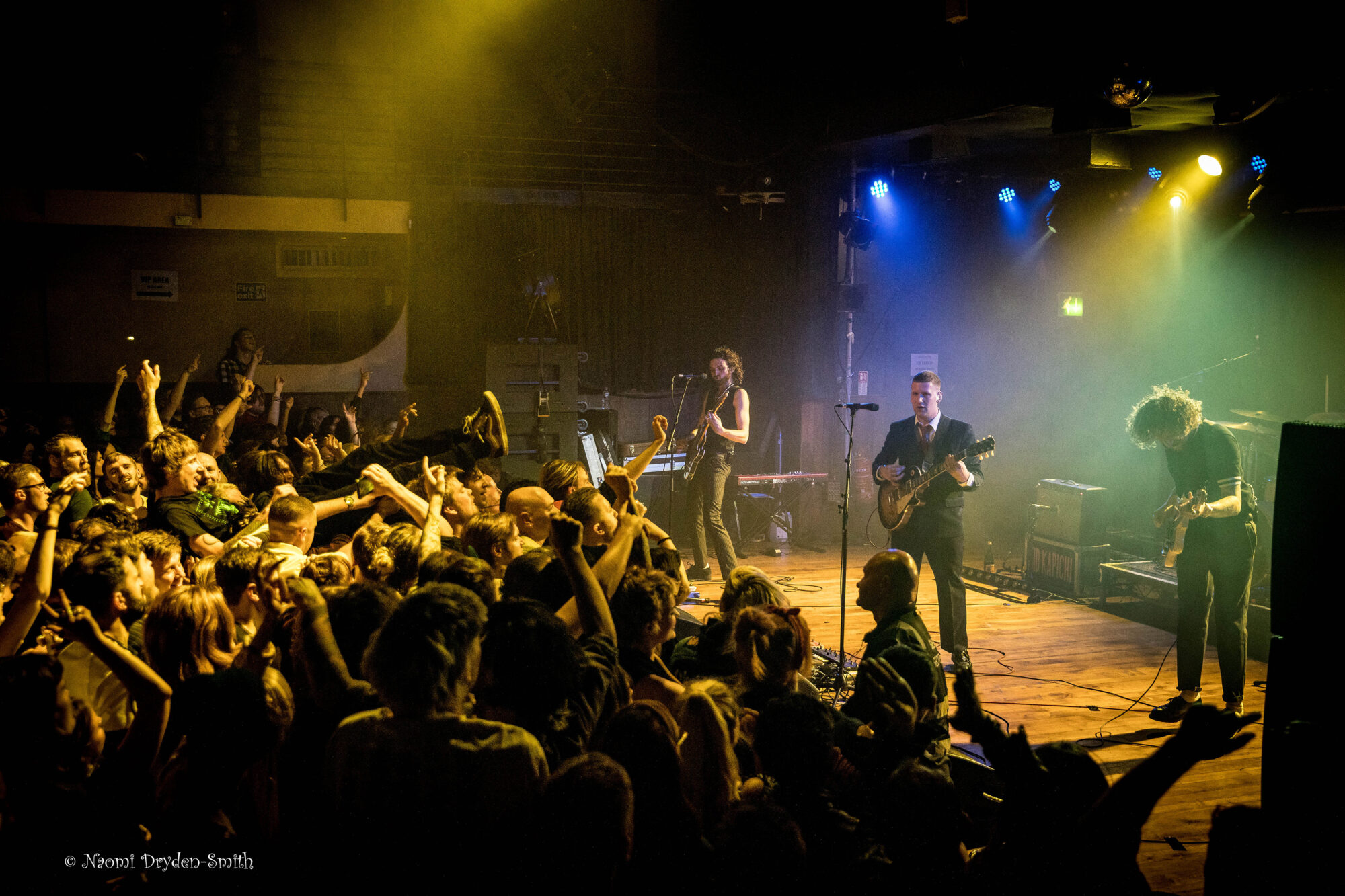 Kid Kapichi, supported by Snayx and Projector, kicked off their Big Sexy tour with a ferocious performance at Scala in London. Nils van der Linden was there to witness the action.

Towards the end of Kid Kapichi’s headline set at Scala, singer-guitarist Jack Wilson looks back on his first trip to the venue. He fondly remembers being dropped at the station by his mum, catching the train to London, and rushing across the city to see Slaves.

Based on the way they respond to every song, most of the punters listening to his story will have equally vivid memories of tonight’s gig.

It all begins with a no-holds-barred performance by Seaford duo Snayx. Singer-guitarist Charlie Herridge alternately barks, spits, and roars his vocals, all the while laying down jagged, punky riffs. Not to be outdone, bassist Ollie Horner plays with a ferocity and aggression usually reserved for an MMA cage, relentlessly whipping the music forward with his bass-as-lead-guitar approach. 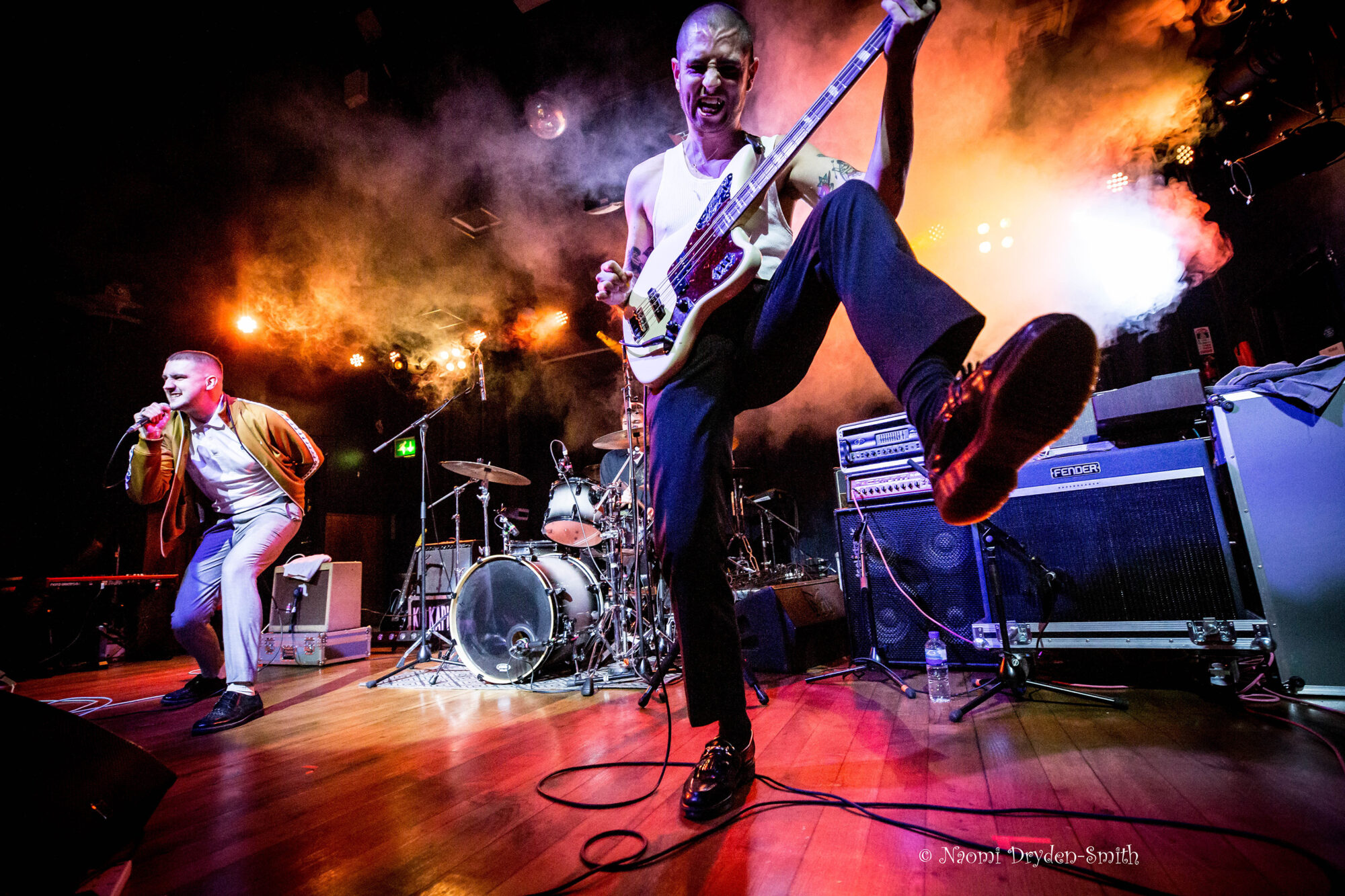 Backed by a touring drummer, they rip their way through tight, ferocious songs like current single False Friends, their set climaxing with Herridge jumping into the crowd, at first to sing directly at audience members, before joining the mosh pit (microphone still in hand). Fittingly then, on Instagram the morning after, they sum up “one of the best gigs of our lives” as “PURE JOY”.

Equally joyous are Brighton trio Projector, who kick off their eight-song set with the slow-burning Love. Featuring an introspective-explosive approach to verses and choruses, shimmering guitar licks from Edward Ensbury, plus driving bass and quiet-loud-quiet vocals from Lucy Sheehan, comparisons to The Pixies are inevitable. A visceral cover of Tame, with Ensbury singing lead, only reinforces the similarities, but there’s so much more to this band. 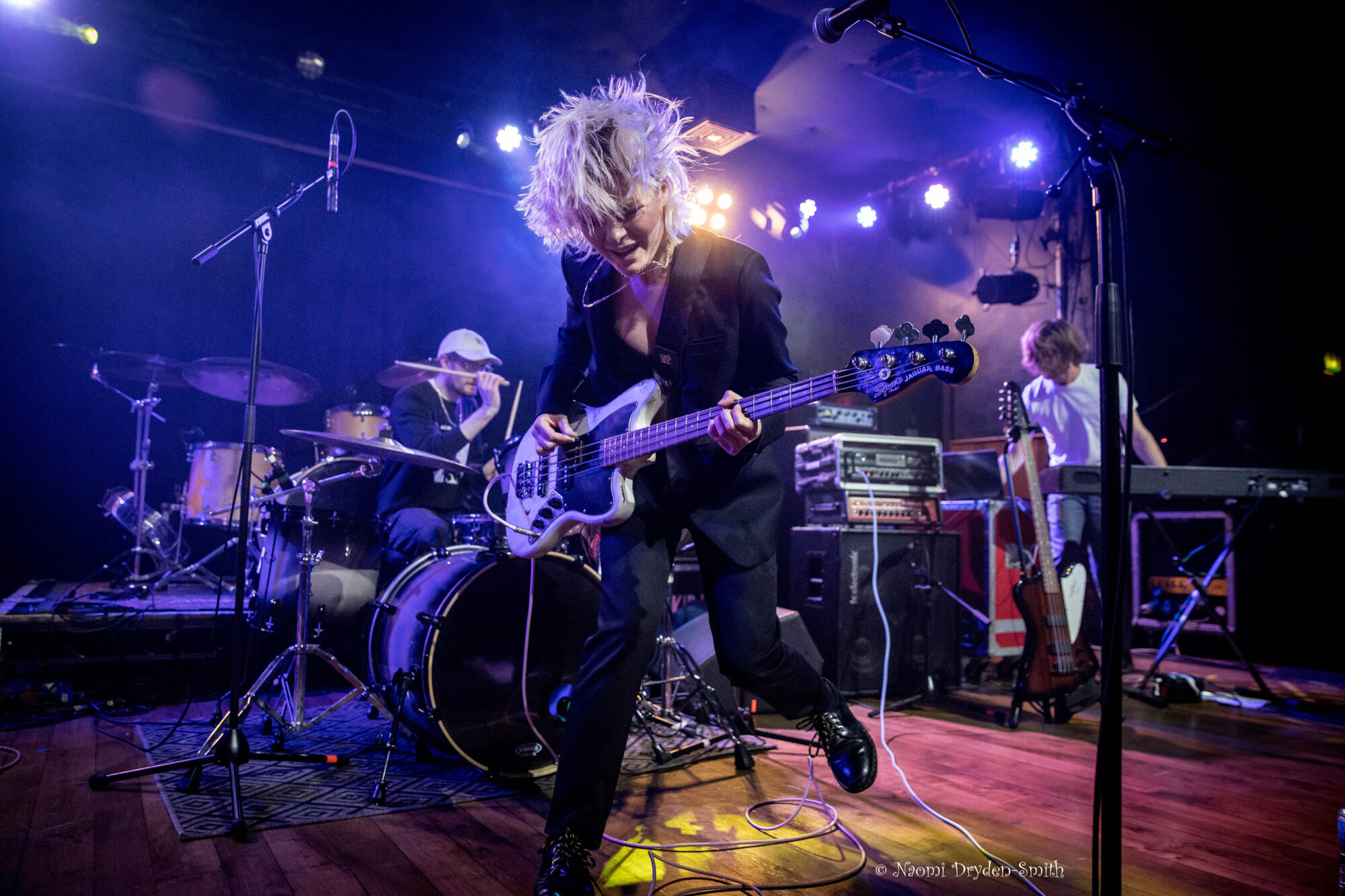 Melding other influences as disparate as Sonic Youth, Grimes, and Alvvays into a sound all their own, the songs Sheehan, Ensbury, and drummer Cal Marinho play tonight showcase their impressive range. And from the despairing Full Circle and light-dark duet Someone Calling to the bright, hopeful Feels Like Something and all-out punk energy of Zero, they continue the perfect build up to tonight’s main event.

Taking the stage to the strains of Ennio Morricone’s The Good, The Bad And The Ugly soundtrack, Kid Kapichi launch straight into the raging Sardines. With its refrain of “you’re angry and you don’t know why”, it’s the perfect representation of their debut album, This Time Next Year, which deals with the frustrations of youth, the struggles of class, the relentless churn of modern life, and the tyranny of the Tories. 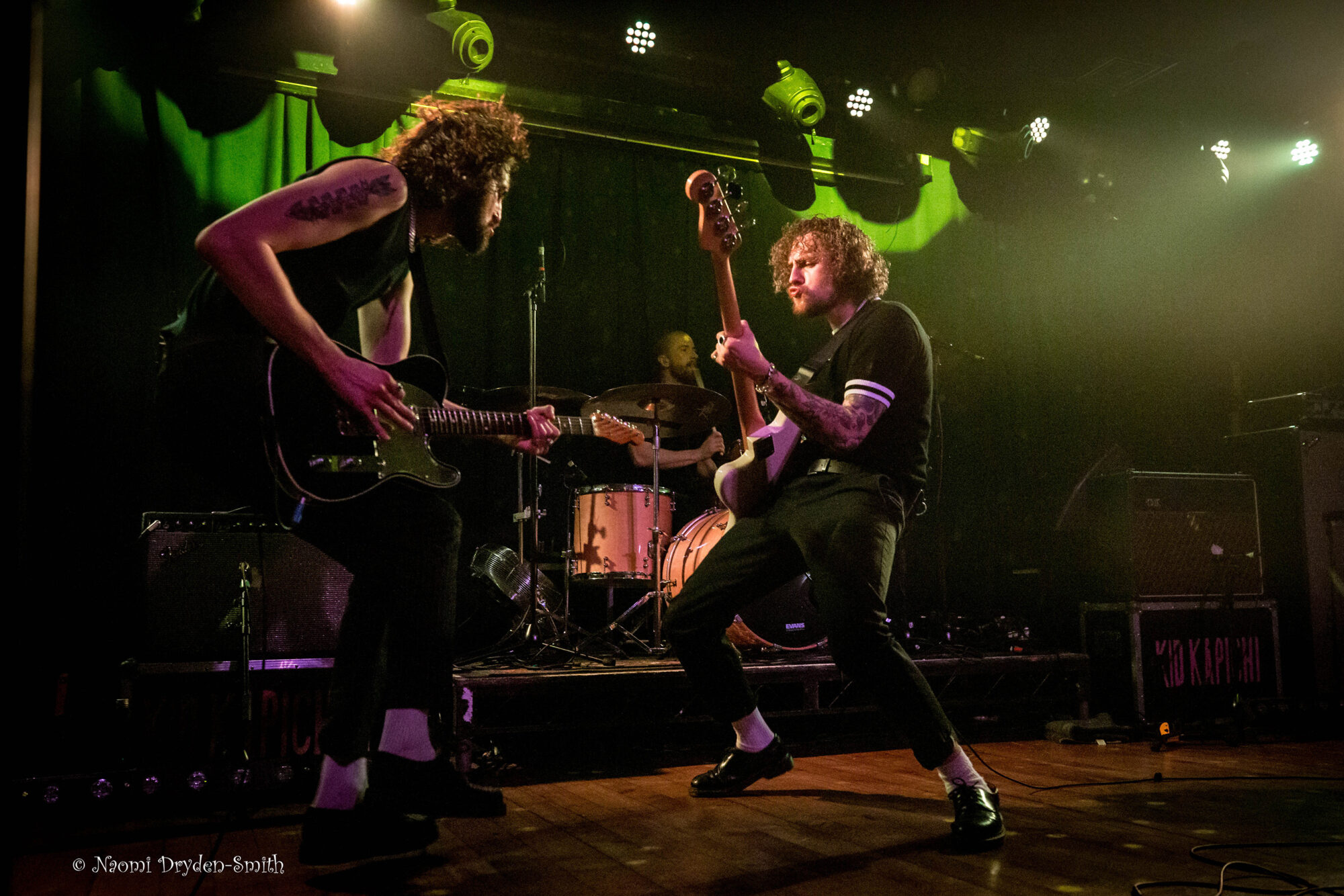 As Wilson, in jacket and tie, rages through lines like “When they rip away our rights, split the country till it fights for too long” (the aggressively danceable Thugs) and “All work and no play makes Jack an angry boy, and they kick you when you’re down” (a fiercely melodic Working Man’s Town), the wall of sound all around him only reinforces the message.

Wilson himself offers both chunky riffs and siren wails from his guitar. Ben Beetham, who also contributes lead vocals, is an equally intense guitarist, while bassist Eddie Lewis and drummer George Macdonald pummel their instruments with the necessary brutality. Below its glistening surface, Glitterati packs a knock-out punch. 2019, from the EP Sugar Tax, ends with a particularly thunderous jam. Fomo Sapiens slows the pace a little, but still struts like a heavyweight boxer. The distortion-drenched Lucky Ones sounds like a battlefield. And Violence, the song that closes the opening night of the Big Sexy tour, is the musical equivalent of an avalanche. 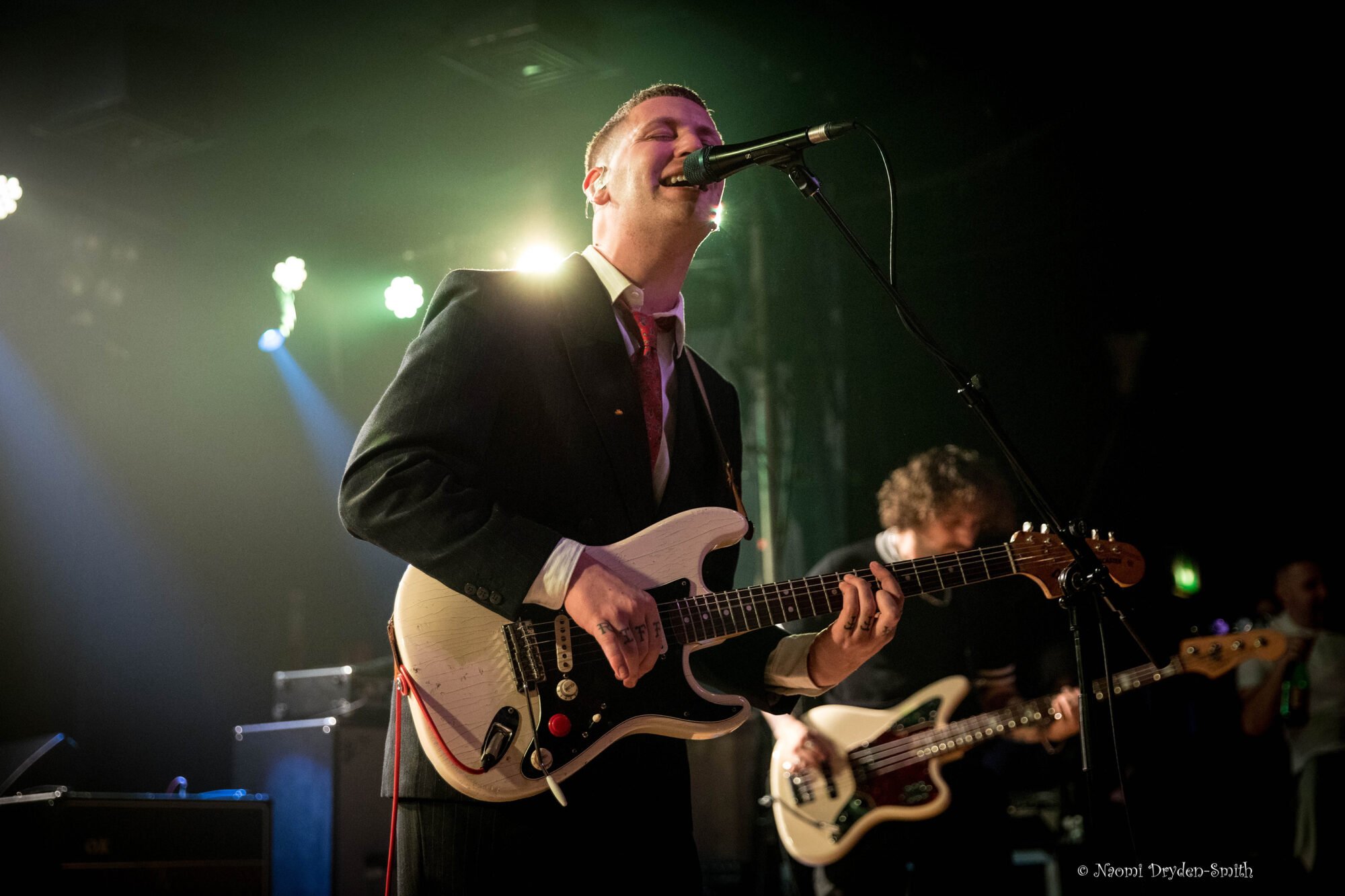 But no matter how belligerent the music or lyrics get, Kid Kapichi never lose their sense of melody or humour. They’re conveying serious sentiments, without ever sounding self-important or hard done by. (“I don’t mean to sound like a preacher,” Wilson even declares on Self Saboteur.) They’re working out their frustrations through undeniably catchy songs.

The audience — a raging sea of moshing, crowd surfing, and raised fists — gets it too. No matter how frenzied things get out there, they’re clearly having as much fun as the band and forming memories as vivid as Wilson’s.