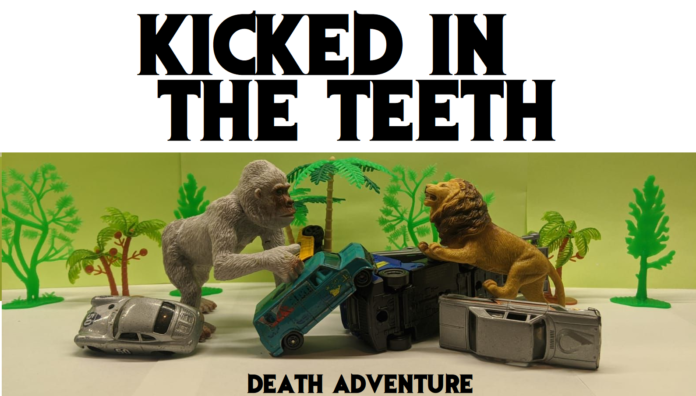 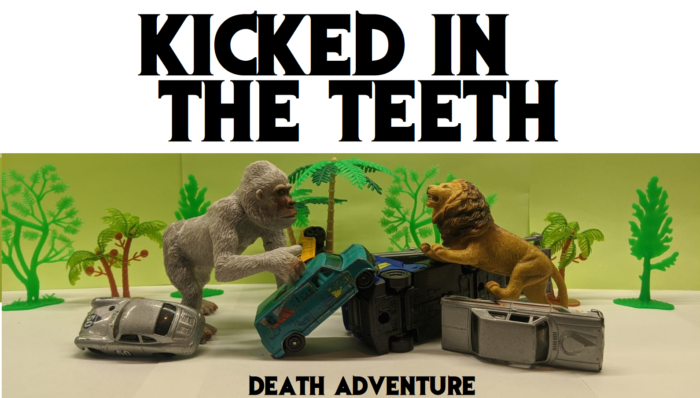 Kicked In The Teeth are back. Not with a bang. With a fuckin’ explosion. Death Adventure is hardcore punk at it’s finest. Never mind being kicked in the teeth, this is being kicked in the bollocks with a size ten steel capped Doc Marten boot. A proper speed rush of Motorhead proportions. Pounding as fuck drums, insane guitar frenzy, Crass tinged vocals, everything you need for a 2 minutes plus blast of old school sound that leaves you tingling when it ends. And the beauty of it all is you can get in on 7in vinyl. I reviewed and interviewed them here last year and they ended up in our LTW top 100 albums, so you know what to expect from this bunch of time skilled veterans.

Kicked In The Teeth play live in The Tiki Garden at The Salty Dog, Northwich on Sunday 16th August at 3pm. SOLD OUT.

This album is now being re-issued onto 10” vinyl for the first time.The brand new single DEATH ADVENTURE will be released today on 7” vinyl and Digital download alongside the album. In the spring of 2020 John Delf invited the band to record at EDGE STUDIOS, the band recorded both the title track and B-Side DEAD AIR during this session.