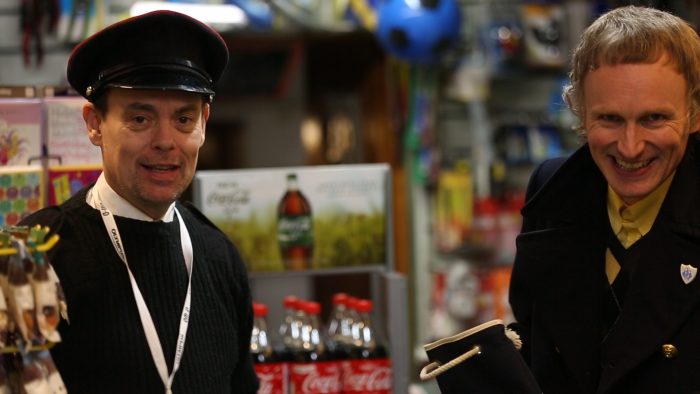 6. Something Better Change – The Stranglers

Peaches came out in the summer of 77. If you’ll excuse my fruit. I’d never heard anything so rude on the radio. In all senses of the word. They were never remotely PC these boys but they had an addictive energy and man could they play. Something better change. Well it better had, hadn’t it. We canna go on like this captain!

Listen to these lyrics and think of Mrs. May and her friends. Ah, the Jam. Loved ’em from the word go. Speed AND melody. My kinda cocktail, Mrs. Doddling. My then band supported them at the Portsmouth Guildhall in 1981. Nerves got the better of us. We bricked it. I did anyway. Couldn’t breathe! Wah, two thousand people! The Jam are watching at the side of the stage! Oh, no the Jam have stopped watching at the side of the stage! They were brilliant that night. Of course. Standards rule ok.

I’m a dad. This is bittersweet. It’s beautiful. Ah, come on, indulge an old Softie!

I am deeply in love with XTC and have been since I first heard them in 1979. Their melodies, harmonies, musicianship, their inventiveness, their wit and their breath-taking range of variety are a gift to the world. Why they’re not as universally loved as the Beatles is a big fat sin. For all the misery that’s been going on I keep myself going by constantly reminding myself that there’s a lot of love love love in the world and it beats hate. Every time. End of story. That’s right, punk rockers, I’m a bleeding hippy. Don’t trust me!

Dublin’s Pugwash. Another well kept secret and THAT’S NOT RIGHT. By crikey they know their pop. You can hear a number of influences in their songs, all of them magnificent ones, but the whole result is very much their own thing. It’s like being hugged. Start with Olympus Sound and work backwards and then forwards. Actually, the direction doesn’t really matter. And see them live if you can. They’re sublime. Bloody lovely blokes too. Ending on a positive note. Let’s be friends

.(Ged) I have to ask you about this while we’re conversing, or my friends will never forgive me: What gave you the idea to Amish-ize the Bill Grundy interview – it’s a work of sheer, surrealist genius (but possibly only to ‘old punks’ who know the interview off-by-heart anyway…) ?

(Kevin) (the sketch was devised by one of the writers on the It’s Kevin series) Arthur Matthews! Such a simple idea but brilliant. We had a bit of a tussle about whether we should make the pistols amish look and dress a bit younger than the Grundy Amish. I felt they should all look more or less identical. My lovely director Al Campbell did his homework brilliantly matching it shot for shot and the designer Simon Rogers basically reproduced the set inch for inch. Very good fun to do. And quite interesting too that to many people under 40 it makes absolutely no sense. Simon Pegg tells me Steve Jones has seen it and likes it!  Bet Lydon doesn’t though.

And of course Kevin appears in this video for Micko Westmorelands song ‘Schmescos’, which LTW featured here.

I asked if Kevin wanted to ‘plug’ any forthcoming ‘product’  …..?

I can’t be arsed with that, it’s been fun, thanks for asking me

All words by Kevin Eldon as told to Ged Babey.  With thanks to Micko Westmoreland for the introduction.