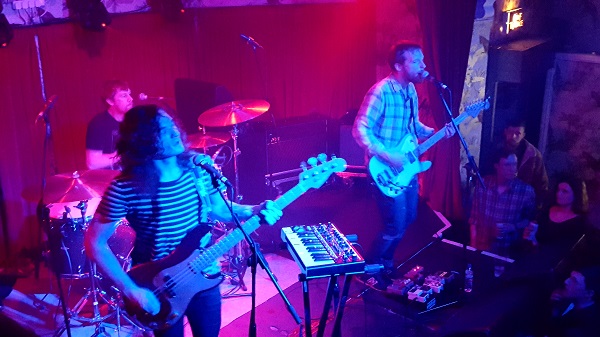 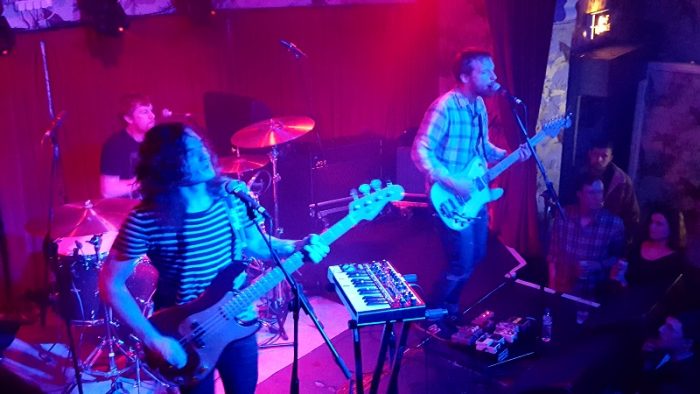 From my view perched on the Deaf Institute’s miniscule balcony, the one thing that’s immediately obvious before the lights dim and Kevin Devine and the Goddamn Band take to the stage, is how equally split tonight’s attendance is. Once the realm of mainly beards and plaid both on and off the stage, line-ups such as tonight’s have always attracted a specific sort of crowd, so to see such diversity is a pleasant surprise.

Rewind two hours, and though the room is less full than it will ultimately be, there’s still a reasonable crowd given the 7:15 stage time for local artist Arms & Hearts. Taking his cues from the blue-collar Americana of Brian Fallon and Dave Hause, his material is hinged on a heartfelt honesty that’s evident in tonight’s set, which sees him drawing on topics such as anxiety and isolation, managing to make the personal feel universal. And though there’s an undeniable punk urgency at the root of Arms & Hearts’ set, there’s a quiet introspection and rich musicality which run just as deep. An artist who deserves a bigger stage.

An act who’s no stranger to Manchester but I’ve somehow never seen, The Lion & The Wolf, leaves behind the fire in the belly Americana for a haunting fragility, backboned by intense emotion and occasional swells of welcome optimism. Taking in material from both albums, it’s interesting to see how the development in arrangements; the likes of Walk on the Moon from last year’s The Cardiac Hotel seemingly more complex than the stark honesty of earlier material. Opening with the eponymous The Lion and the Wolf and closing with The Pinching Point, it’s a short but sweet set; one made all the more intimate thanks to the notable lack of backing band, allowing the emotion to feel all the more tangible.

Third on the bill, Laura Stevenson adds some welcome diversity to the line-up with her wistful blend of folk and pop. It’s a somewhat lighter set than those she proceeds, but the Brooklyn songstress managing to hold even those unfamiliar with her work captive for the duration of her set, with tracks such as the breezy Ticker Tape the perfect antithesis to the otherwise weighty emotions of what’s come before.

Back up on the balcony, the solo figure of Kevin Devine takes to the stage and the lights go down. Having seen Devine both solo and with full band at a variety of venues in Manchester, tonight is the first time I’ve seen him headline with a full band, and the fire in his belly his evident almost from the off. With the venue now full, it seems what the crowd lack in energy, Devine and his band more than make up for.

With a set backboned by material from last year’s Instigator, there’s little in the way of crowd interaction until someone in the crowd says “Fuck Trump”, prompting the most words from Devine all night. It’s a considered diatribe. Once which gets another shout of “Move here”, in turning causing Devine to highlight the UK “has lots of shit to figure out” as well. He’s not wrong.

Such considered politics from the frontman are unsurprisingly. Tracks such as Private First Class are deeply political in themselves, and are a far cry from the likes of Just Stay or I Could Be With Anyone. It’s a testament to Devine’s ability as a songwriter that he can slot such sentiments in to a setlist with ease, while the lack of crowd interaction allows him to squeeze an impressive 20+ tracks in to 90 minutes.

With an encore that features an Elliot Smith cover and as ends with I Was Alive Back Then, the closing number from the aforementioned Instigator, Devine concludes his set in a fitting if not sombre style.