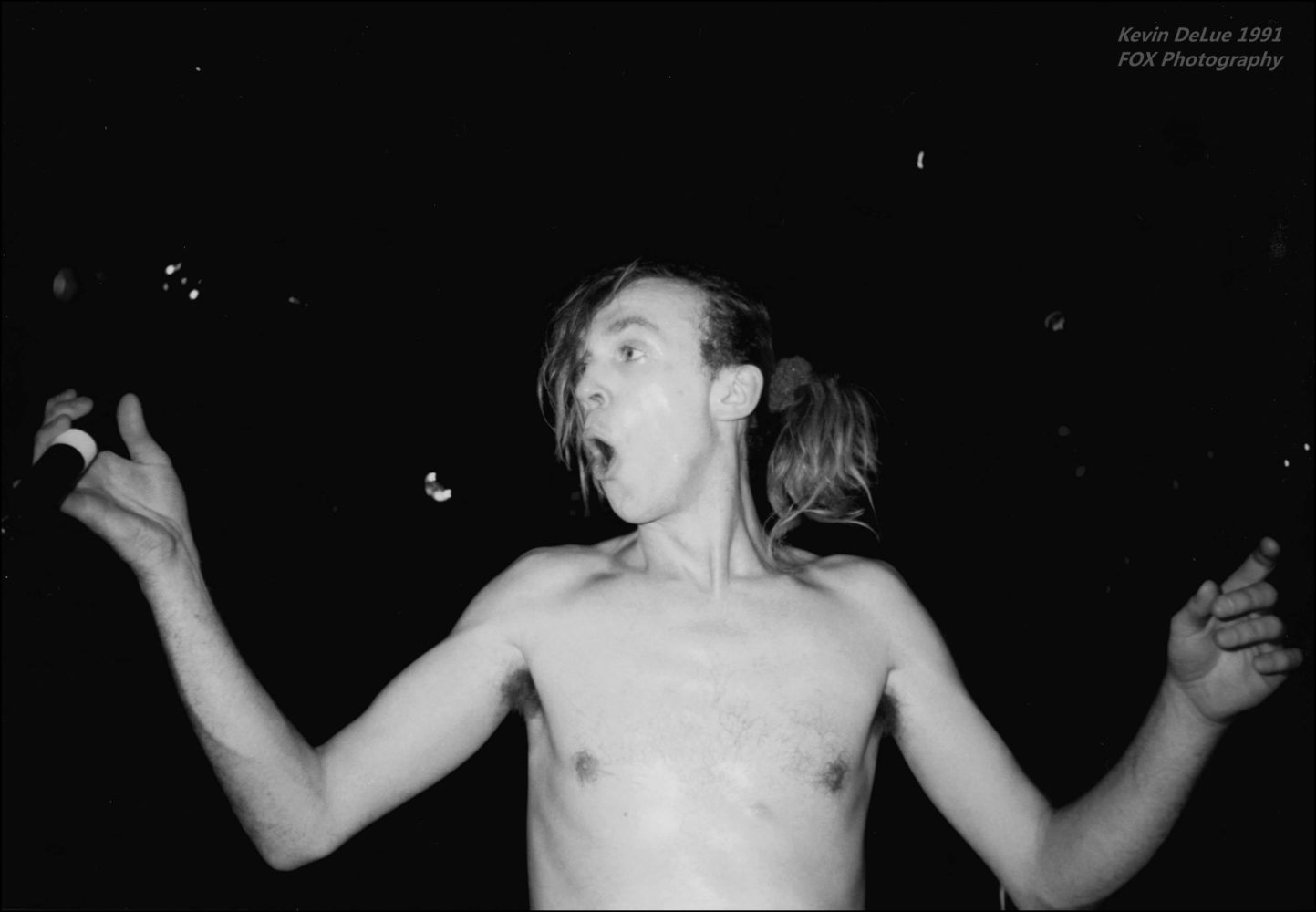 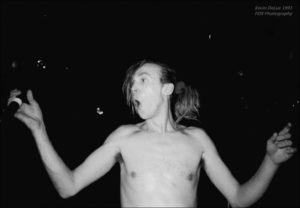 Kevin Delue is a photographer who resides in Massachusetts. Kevin has had a camera seemingly glued to his hands when he has been in the position to shoot well known bands from all over the world who have visited his neck of the woods. Most if not all of his work is relatively unseen, only to his selected crowd of followers. Matt Mead interviews Kevin for Louder Than War to discuss his background plus we get an exclusive sneak peek into a small portion of Kevin’s outstanding work.

LTW: Hi, Can you tell me a bit your upbringing?

Kevin: I grew up outside of Boston, MA. I am a Bostonian. My spiritual city is London and that would definitely go a long way in explaining my tastes in music and the majority of my photographic concert subjects. I’ve always been surrounded by cameras, both my parents were intent on capturing every moment and for the most part, did. My Grandfather was a sales display man and the camera was a tool always at hand when I went to help him at work as a boy.

When did you first get into photography?

It’s just always been there. It’s always been an equal with my music obsession that had to eventually dovetail into the two joining forces.

I was given a Mickey Mouse camera for my 7th birthday, my first 35mm around 15 and pretty much never looked back. In hindsight, I have realized I have always studied every detail, shadow, framing and nuance of photographs (whether it be a print, picture book or magazine advert) since at least the age of 10. I just assumed everyone did this.

Did you have any photography influences?

A few faves for sure in Anton Corbijn for portraits always loved the live photography of Ross Halfin. There are others but those two are the ones with a very defined style that make me gasp every time I see one of their works for the first time. Ha ha….better to reach high then get comfortable.

From your personal picture collection, the earlier pictures look like they were taken from the audience. Can you go into some details of how you first started to take pictures at concerts?

They were just for me at that time. I’ve always wanted to capture the excitement and power I feel in music. It’s not an easy thing to do and the odds are stacked against you between lighting and motion. It’s only been in the last 10 years I felt I have found that gift of anticipation of motion and light and locking it in most nights. I love what I do and I am truly self-satisfied when I nail that moment.

Were you attending gigs because the bands were ones you liked?

Yes. I attend quite a few shows and I’m embarrassed to say this old guy has over an easy 1,000 gigs under that belt. I’ve never felt under pressure to shoot something I had zero interest in. Ha ha…..helps having many fave bands and being open to most genres.

Were you trying to capture moments from the concerts for your own personal collection or were you taking pictures with the aim of them being used by a publication?

Well, I guess the real answer will always be for me first and foremost. I am my harshest critic and take the editing process seriously. It’s a bonus for me when others appreciate something I’ve worked hard in those 10 minutes of shooting a gig and subsequent lengthy editing session. It’s very satisfying. 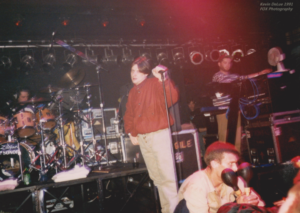 You have taken pictures of many artists throughout your career. Can you touch on some highlights from taking pictures? You told me that Shaun Ryder didn’t like you using a flash whilst taking some pictures?

For the record that show was a very young me in 1991 using a flash, I shouldn’t have. Golden rule in photography states. NO FLASH! That said, Mr Ryder was a stoned hot-mess that night and absolutely brilliant.

Musicians are a funny thing. I find most enjoying the camera on them, often they seem to put a bit extra into those moments. For me, it’s a trip to see someone you are a fan of looking back at you and that lens. I have had a fair share of mugging for the camera.

The Struts singer simulated performing oral on my long camera lens including licking the actual glass lens; unfortunately, the act itself was not for my camera but the audience so the moment was lost for a photo from me. I often hope a picture will eventually appear of it.

Swedish death metal band Watain poured blood all over me from an animals head in some Satanic ritual. That was a tough one. I didn’t notice the other photographers stepping away and BOOM as I clicked away. Ruined my yellow suede Nike sneakers and took me several hours to wipe all the blood out (not on…but out!) of the body and lens. The smell, well, that camera still has it on a warm night. It’s funny, this happened in Cambridge MA 2 days before Easter 2018, I was so freaked by the ritual and being bathed in its blood I somehow felt at Easter gathering with my family that I was dirty, cursed and about to burst into flames. As head-spinning as it was that night…it remains one of my most memorable moments, shooting.

Fast forward to nowadays, are you still taking pictures at concerts?

I am still doing the photos. I will ALWAYS do the photos. I will one day be the oldest guy in the room and I will have that camera aimed at that stage. That’s the plan anyway. I will never stop trying to capture that electricity. It’s the blood that moves the body.

With the vast amount of photos that you have will you be releasing a book?

Yes, at some point. I have 3 books I hope to publish in the future, the other 2 being on the city of Boston and another subject I enjoy, burial headstones. Of course, music photography is my largest love (other than my family) and is the priority for publishing. When I get closer to that time I will post details on my page.

Always listening to music. As I answer this it is a live Ramones concert. The Black Angels’ Death Song is queued up to follow.

Kevin can be contacted via his Facebook page, Fox Photography.