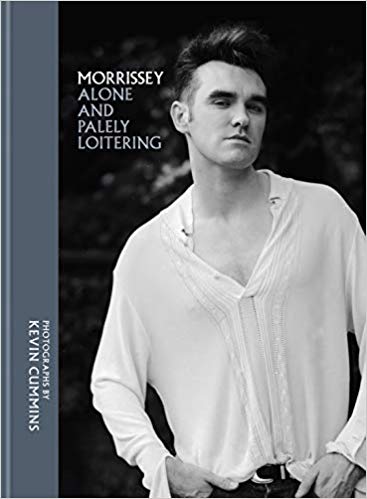 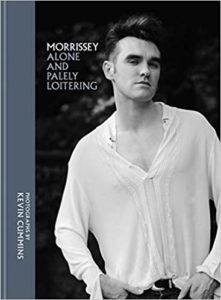 When the N.M.E, Melody Maker and Sounds music papers were selling by the bucket load in the late 80’s and early 90’s one photographer and musician seemed to stick in the memory more than any others from the images and music news that appeared at the time. One was obviously a very much behind the lens individual, the other was very much in front of the camera and doing everything to make the headlines more than any other solo artist of the time. Photographer Kevin Cummins has brought together a chunk of previously unseen pictures of one quarter of The Smiths, Morrissey, a new photo book entitled Alone and Palely Loitering published via Cassell Books. Matt Mead reviews for Louder Than War. 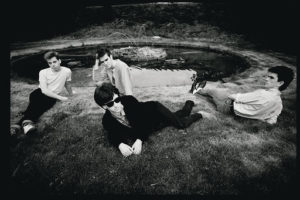 Morrissey has flirted with many looks over the years since he first came into the public eye with The Smiths. Ear aids, women’s clothes, flowers everywhere, The Queen Is Dead placard, Gold shirts, ripped shirts, no shirts, the quiff, the list can and should go on, but with this new book you get to see many of the aforementioned plus many many more pictures that have never seen the light of day. Until now. 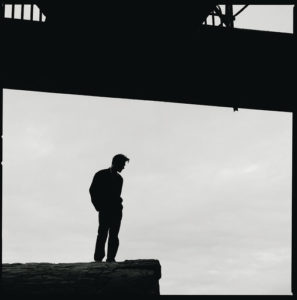 Kevin has always struck visual gold with his photography. Capturing moments that he seems to have been pre-warned about, like some highly skilled photographic mystic meg, maybe he can’t predict the future like some but his eye for capturing a perfect moment is legendary, as you will no doubt witness within these pages.

Wrapped in a heavyweight hardback book totalling 256 pages, with added anecdotes carefully splashed across the book from Kevin, which add a personal touch, giving the reader a glimpse into Kevin’s world and what it would have been like in the moments he was photographing the artist. We get photos from all of Moz’s career from very early Smiths pictures from 1983-86, with the whole band taking up the first few pages, we move onto the first of Morrissey’s solo gigs at Wolverhampton Civic Hall in 1988, fans strewn about the stage wanting to get a piece of the action, literally, then the book moves onto Morrissey’s supposed world domination, conquering U.S.A. in 1991 better than any slick white haired Mr Blobby, I’ve always thought of Morrissey at this stage in his career what it might have been like to see Elvis Presley. Crowds screaming their heads off to a Brill creamed soaked band singing rockabilly numbers. 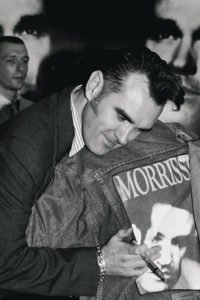 Kevin has captured all this and so much more in the book, up to 1994 Vauxhall and I period. Pleasing to the eye and to the pocket, priced at £30, this is a very decent price considering the amount of photos that are here, other photographers have charged into the hundreds of pounds that featured but half of the quality of pictures that appear here. Reel Around This Fountain.