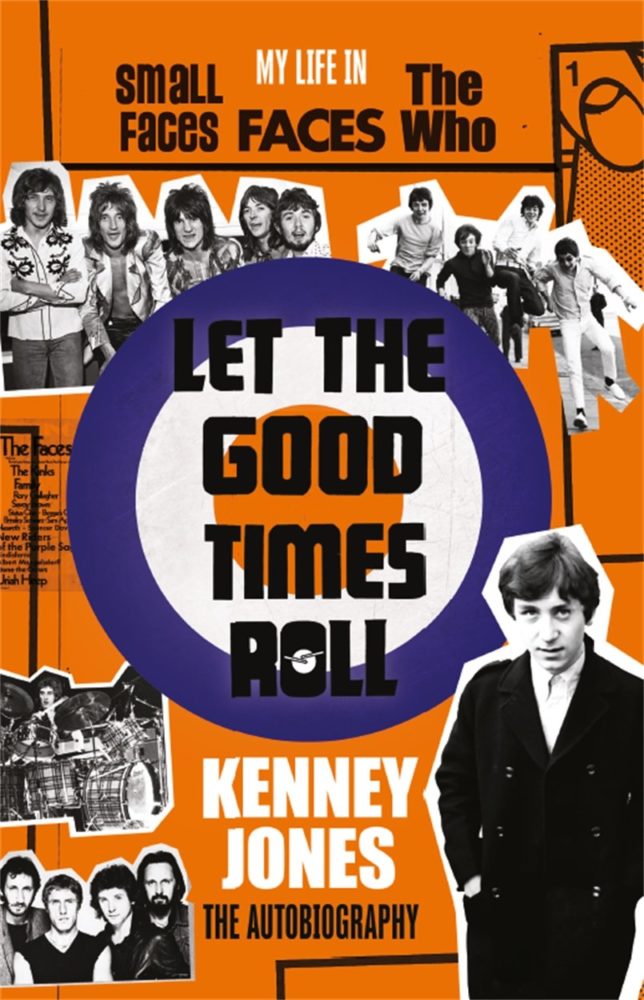 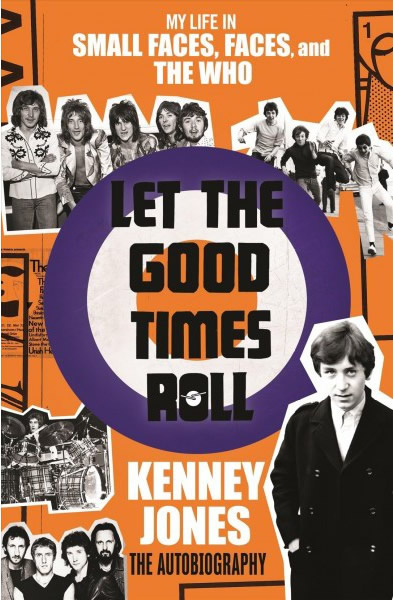 In your lifetime you might hope to feature in band that would go on to shake the world to its foundations. If you’re lucky enough to be Kenny Jones then you would go from the East end of London to feature in 3, The Small Faces, The Faces and The Who. Mix in with that rubbing shoulders with Prince Charles at Kenny’s very own polo clubhouse, 2 bouts of beating Cancer and a near fatal car crash. With all that hectic history Kenny has recently released his autobiography entitled Let The Good Times Roll. Matt Mead reviews the book for Louder than War.

Being a personal fan of Paul Weller back in the early 90’s you couldn’t help but pick up on his musical influences that he spoke about fondly across the music weeklies of the time. One of those bands I was introduced to was The Small Faces. Standing a little more than 5ft in height, each of that band had some kind of magic within their bones as they produced some of the most timeless and characteristic music of its time including no.1 hit All or Nothing, the rousing Tin Soldier and era-defining album Odgen’s Nut Gone Flake. Their 60’s output is untouchable, with the songwriting partnership of Marriott/Lane reaching the same songwriting heights as Lennon/McCartney, Jagger/Richards and Townshend. Kenny was also the in-house drummer on many of the hits that came out under Andrew Loog-Oldman’s Immediate label including PP Arnold and Billy Nichols. Kenny tells his memories of those times with great affection and whimsical musings, which are glittered about the book.

The book starts with his upbringing in humble circumstances, fast forwarding to being a pop star at the age of 16 with The Small Faces, to going onto No.1 success and within a relatively short space of time the band splitting because of the antics of Steve Marriott. In-between all of this we have Kenny’s take on The Small Faces managers antics. Don Arden and Andrew Loog Oldham weren’t known for taken any prisoners and this is what Kenny testifies to in the book, explaining in depth Don’s ‘the band are all on drugs meeting with the parents’ meeting plus the signing to the Immediate Record label and the hilarious times the band got up with Keith Moon on tour. Kenny was always seen as the sober one in The Small Faces. Rather than move into a flat in Pimlico with Steve Marriott, Ronnie Lane and Ian McClagan at the heights of their powers, Kenny preferred to stay at home with his parents, something the band would rib him for in the years following, but this was all to change when Steve Marriott left The Small Faces to form Humble Pie with Peter Frampton (who he tried to invite to be part of The Small Faces), leaving Ronnie Lane, Ian McClagan and Kenny to clutch at straws to try and find a new singer and guitarist. Enter stage left Roderick (Rod) Stewart and Ronnie Wood. We get the deal on Kenny inviting Rod and Ronnie to the Faces, 2 relatively unknown musicians at the time, With Kenny again providing the emphatic backbeat The Faces went onto become the drinking man’s band, drinking and laughing and falling over on stage became the norm for each band member, but again the band went onto record some beautiful, timeless music of the time.

When Rod’s solo career became bigger than his leopard skin backside the band was dissembled and Kenny was again free to explore further musical high’s with The Who! This coincided with the tragic death of founding member and all-round loon Keith Moon. It was left to Roger Daltrey, Pete Townshend and John Entwhistle to find a fitting replacement. A fitting replacement was Kenny, who was friends with Keith, having played in and around the same circuit for well over a decade, in fact Kenny was actually with Keith a night before he passed away so Kenny was the perfect fit to replace Moon the Loon.

Following Kenny’s drumming days he went onto to open his own celebrated Polo club, which he still runs to this day. Kenny has occasionally drummed in various reincarnations of The Small Faces, including at Steve Marriott’s tribute gig, playing with Paul Weller and Noel Gallagher plus recently playing again with Ronnie, Ian and Mick Hucknall in a Faces reformation, this was before Ian sadly passed away.

So you might say the clean living face has outlived his crazier counterparts and as the book strongly attests to, this is well worth its weight in gold and he will no doubt a further legacy of fans through this gloriously told book with some fantastic pictures and liner notes.

You can purchase the book from the Official Small Faces Facebook page. You can also keep up with what Kenny is up to via his personal Twitter account.