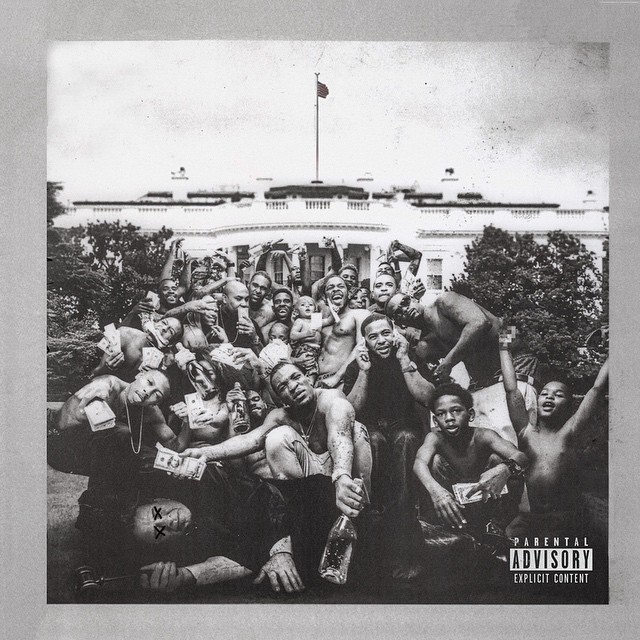 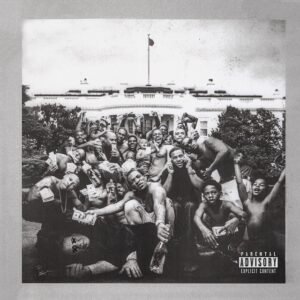 Kendrick Lamar – To Pimp a Butterfly

Kendrick Lamar has, with this album, decided to explode his musical canvas. He’s dived head first into the realms of jazz, funk and soul and created an album that integrates aspects of African-American culture into a work that is cinematic in scope and brutal in its swipes.

To Pimp a Butterfly plays out like a news broadcast but instead of just displaying stories that those upstairs want to you to see (“go back to sleep America, here’s 100 channels of American Gladiators”, thank you Bill) Lamar holds our heads and forces us to view things that will make us feel uneasy whether your skin colour is white or black dealing as it does in racism on a broad scale and not just resorting to white on black crimes (though this is certainly addressed).

Coming at a time when police officers are shooting young black males with no fear of reprisal and in a time here in the UK when there is a sharp drive by the right-wing media to lay all our ills at the feet of the immigrant, this album could not be more timely.

Songs like the astounding The Blacker the Berry and Complexion (A Zulu Love) all deal with different issues of race as the former slams you around the head with its pride in who Lamar is whilst the latter deals frankly in the rarely voiced issue of black-on-black racism (“I don’t give a fuck about your complexion I know what the Germans done”).

The album not only takes aim at street level racism as songs like the jazz-scat For Free? (Interlude) spit lyrics like “oh America you a bad bitch/ I picked the cotton that made you rich” and on Hood Politics when he fires at the top with rhymes about the “Democrips” and the “Rebloodicans” all showcasing a talent for connecting what goes on down on the street to the corrupt and bloody activities of those in power in the US.

Flo wise, TPaB is impeccable as Lamar shifts and turns the speed and vocal characterisations throughout, even making changes bar by bar, which again adds to the feel that this album is to be played out in your head like a movie more than just another record. The best examples of this are the aforementioned tongue-twister For Free? (Interlude) and Institutionized, Momma and How Much a Dollar Cost which, with their laid back feel all betray an artist pushing every sinew in his body to get his thoughts on to tape.

Sonically, TPaB is an incredibly rich sounding album with every beat and change in style fitting perfectly together not once jarring you out of the album’s tidal pull. Exec produced by Dr Dre and featuring heavyweights Flying Lotus, Pharell Williams, Boi-1da, and Thundercat, the album is a stew of old ideals being dragged into the now. The main feel you get with the way this album has been produced is that if Parliament, John Coltrane and Snoop Dogg met and made an album this is how it would sound.

It’s the G-Funk element that’s the cleverest here with tracks like King Kunta and Wesley’s Theory sounding familiar on first listen and only when you get deeper into it and live with the album for a while do you fully understand and appreciate what’s actually going on as synths, bass guitars and drum tracks create a gritty, bloody original sound that no one has heard before but will no doubt be copied by lesser artists from now to infinity. Always remember when you heard it first, HERE, on To Pimp A Butterfly.

Oh, and have I mentioned that there’s a spoken word poem scattered throughout written for Tupac and Tupac himself shows up answering questions put to him by Kendrick??? No? It’s an actual WTF? moment and very clever.

This is a seminal album and guaranteed to go down as one of the all time greats. It’s a movie laid out on vinyl and represents a high-watermark in US Hip-Hop culture. It’s a vital and necessary move away from the bling me me me culture that’s infected the genre for a decade now and proves that if you’ve got something to say and the talent to say it, then you WILL be listened to and you will stand head and shoulders above those that cower down afraid to make that bold step.