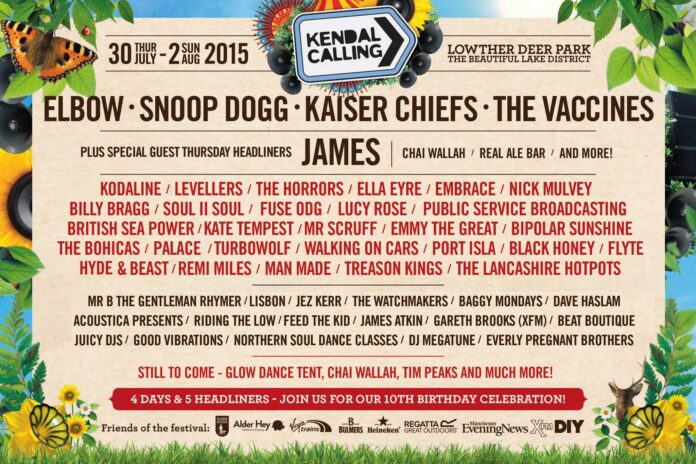 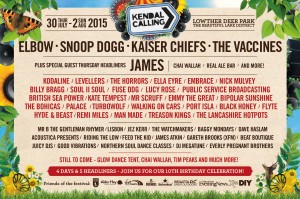 Headlining the Cumbrian festival will be James, Elbow, Vaccines, Snoop Dogg and the Kaiser Chiefs.

Kendal Calling is held at Lowther Deer Park near Penrith in the Lake District and this year runs between Thursday 30 July and Sunday 2 August 2015.

More information and tickets are available on the website.