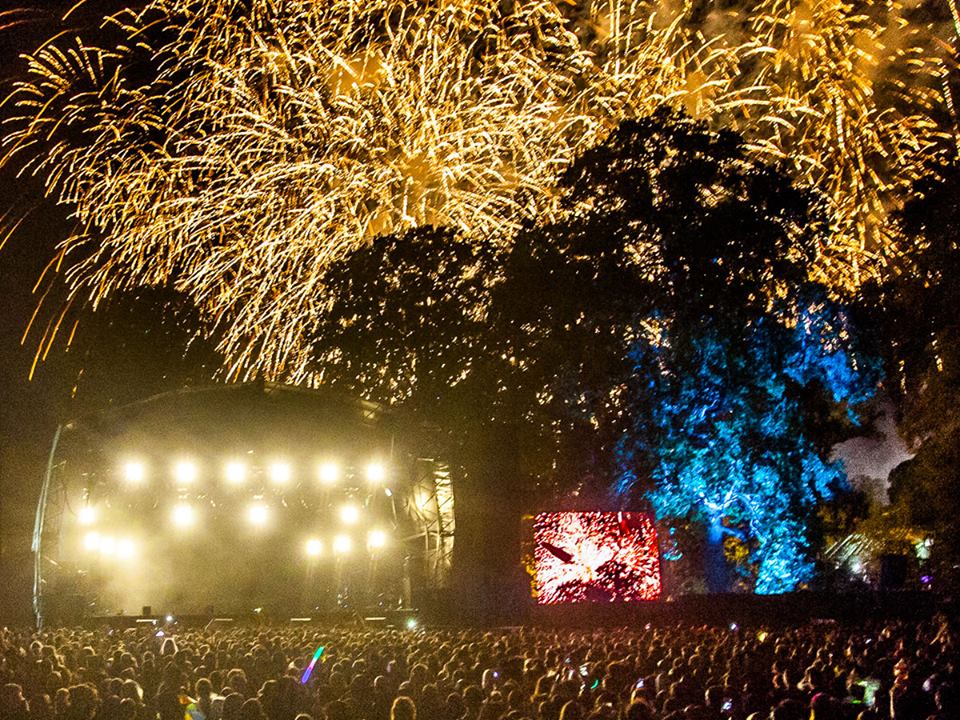 Kendal calling was the epitome of chill, in both a good and bad sense. The whole atmosphere was very relaxed which was great but it had an edge of boredom and some parts felt flat.

There were some amazing highs to this festival but I couldn’t help feeling that it lacked effort by the organisers. That said, it certainly did not stop everyone having a great time!

It had a definite family feel to the festival, and was clearly attended by many an excited child. The mix of people attending was very diverse which I like in a festival.

The woodland area for me was the highlight, along with the food. Nestled in the woods were mini stages and stalls surrounded by trees with twinkling fairy lights. It had a magical feel that reminded me of a poor man’s Secret Garden Party.

Watching Mexrrissey, a Mexican Morrissey tribute band, (yes, you read that right) was the absolute highlight for me. Playing on the woodland stage it was the perfect intimate setting and the crowd went mad for it. Mexrrissey had the perfect mix of passion, humour and intrigue. They put on an energetic performance that ended with them crowd surfing while the crowd chanted along to Big Mouth. They were the talk of the festival and a must see for anyone who gets the chance.

The food for me really stood out. Festival food in general has come a long way since the days of greasy burger vans. The street food renaissance has driven a new exciting influx of independent entrepreneurs wanting their slice of the pie. Food ranged from Malaysian curries to posh crumpets and was consistently good quality.

A major let down for the festival was the sound system used on the main stage. It was extremely poor quality, and when stood at the back it sounded like someone had a ghetto blaster a few rows in front. It was quiet and tinny and really affected the atmosphere in a negative way.

The last day we watched The Lancashire Hotpots on the main stage; it was the perfect Sunday remedy, curing everyone’s hangover and leaving people with smiles on their faces. Full of energy, they’re a perfect dose of good clean fun, egging the crowd on to do the conga, and sing along to ‘Chippy Tea’. They have a loyal fan base already, and their humorous songs about a typical working class Northern life won them a few more.

With full bellies and renewed spirits we decided to take a stroll around the festival to see the bits we hadn’t seen yet. We passed the carousel that we had drunkenly ridden on the Friday, walked through the kids’ field passing the cinema and yoga tent.

Nearby, we stumbled across the Chai Wallahs tent offering free food and unsigned bands.

We were lucky enough to catch Lowes in full swing, and saw the extremely talented Evie Plumb wow everyone with her stunning vocals. The band captivated the audience with their touching songs and humble attitude, and deserve to go far. While they’re definitely reminiscent of London Grammar, I’m sure there’s room two when the new blood are as talented as these guys.

Overall we had a great time at this festival, while there were massive positives there was also definitely room for some improvements, but with a few small changes this could be a great all rounder.