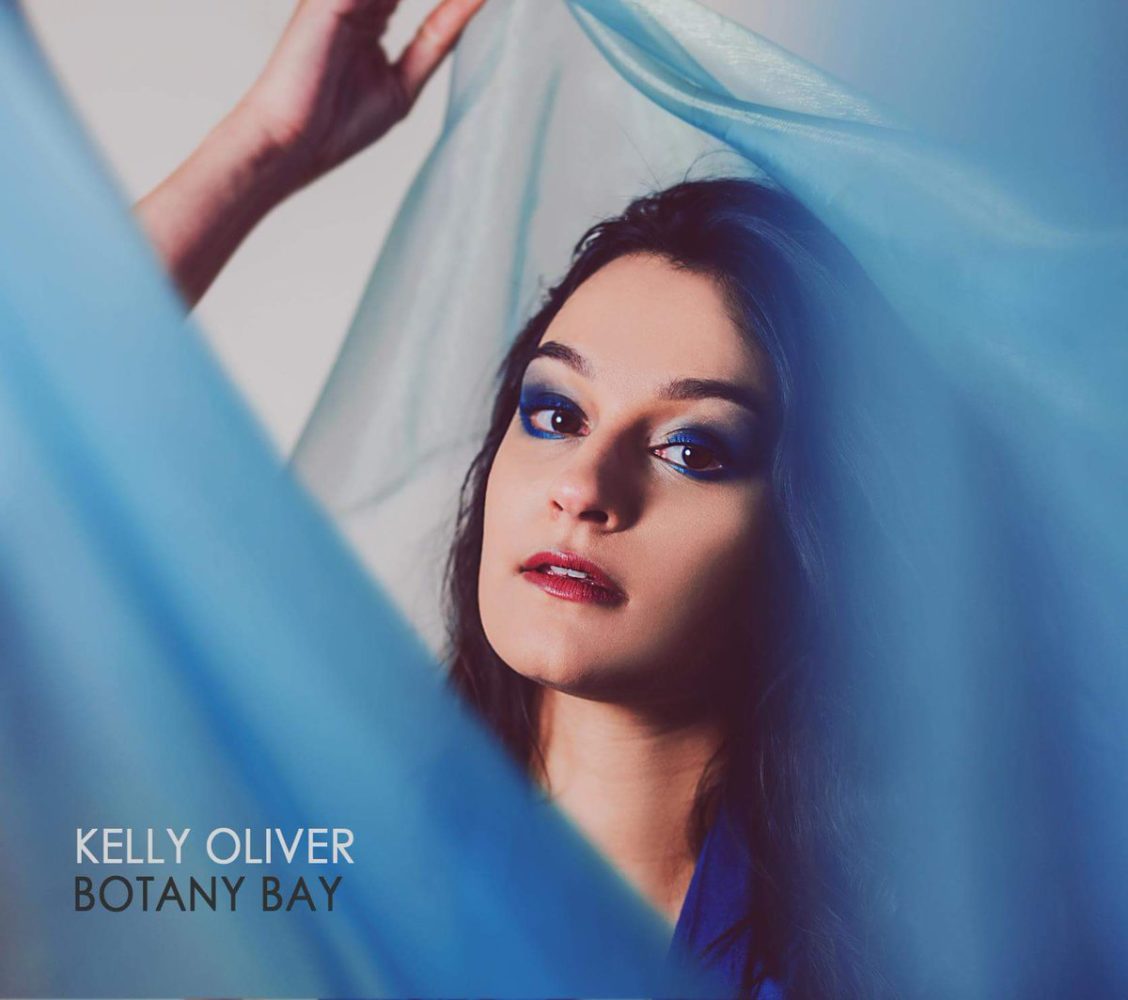 Something a bit different from Kelly Oliver as she hits the landmark of her third album. Taking a break from showcasing her own material, she comes up with the theme of folk songs from Hertfordshire.

Not that you’d guess from the cover. No hint that we’re in  traditional territory from  the glammed up Kelly looking like she’s decked out for  a posh do in what I’m guessing could be a taffeta halter neck frock. A far cry, an almost  one eighty shift in direction from the more wholesome image and mainstream bent of  the Bedlam album, but fashion notes aside,for there surely will be other comments that could test the PC-ometer, the music sees her teaming up with producer and arranger on over half the songs,  Stu Hanna. Toghether they’ve worked up  ten songs that owe a debt to English folk song gatherer (I almost wrote ‘botherer’…) of the late 19th and early 20th centuries, Lucy Etheldred Broadwood.

A lively and well placed  The Miser And His Daughter quickly establishes the Kelly Oliver credentials to deliver the goods with traditional songs. Well supported by her team who drive the number along with a brisk punch,  the title track creeps in before accelerating with  a Lakemanesque fiddle and some classic Jamie Francis banjo grooving kick in. So far so good. She’s doing  Lucy proud.

The hoedown-y-ness of The Bold Fisherman and bare faced folk jollity on that rare beast, the happy folk song,  Dark Eyed Sailor simply confirm that  Kelly Oliver is at her best when the flames are fanned and she’s shining brightly like the songs she sings. When the pace is pushed, her boys know the drill and she’s not found wanting.   By comparison, Trees They Do Grow High comes across as a dirge. It may be a moving 400 year old story of an arranged marriage that features Phil Beer, but the pathos and vulnerability  reinforce the fact  that Kelly should maybe avoid doing misery…..it’s too gloomy and while, yes it’s a folk song, blah-di-blah,  Josienne Clarke already  has the monopoly on melancholy.  Where it does work more effectively is when she makes a fair fist of the rapid fire delivery on the sinister The Bramble Briar accompanied by a thumping soundtrack and also whips out the vocoder on Lady Margaret that adds an ethereal quality and adds an edges of  the experimental into the traditional. I wonder whose idea that was?

Died Of Love and Cuckoo’s Nest find her in more familiar territory acoustic guitar and the sort of classy flute from Toby that finds him in demand by all and sundry from Sam Kelly to Cara Dillon. The latter  also finds her standing up gamely and refusing to sing “the bawdy, raw and brash…traditional misogynistic lyrics”, so in ‘traditional’ manner, she’s dumped them and penned her own that echo the female defiance she stands up for. Oh, and up pops Luke Jackson on the former, not quite repeating their stunning partnership on Diamond Girl from 2104 that feels like so long ago, but good to know he’s still in the frame.

So, yes,  Botany Bay emerges as a perfect  case of challenging the expected and in all fairness grabbing a favourable result in the ambition to branch out and forth. Both album art and contents show that there’s much more to Kelly Oliver as she starts to carve her niche.

Listen to the title track from the album  here: