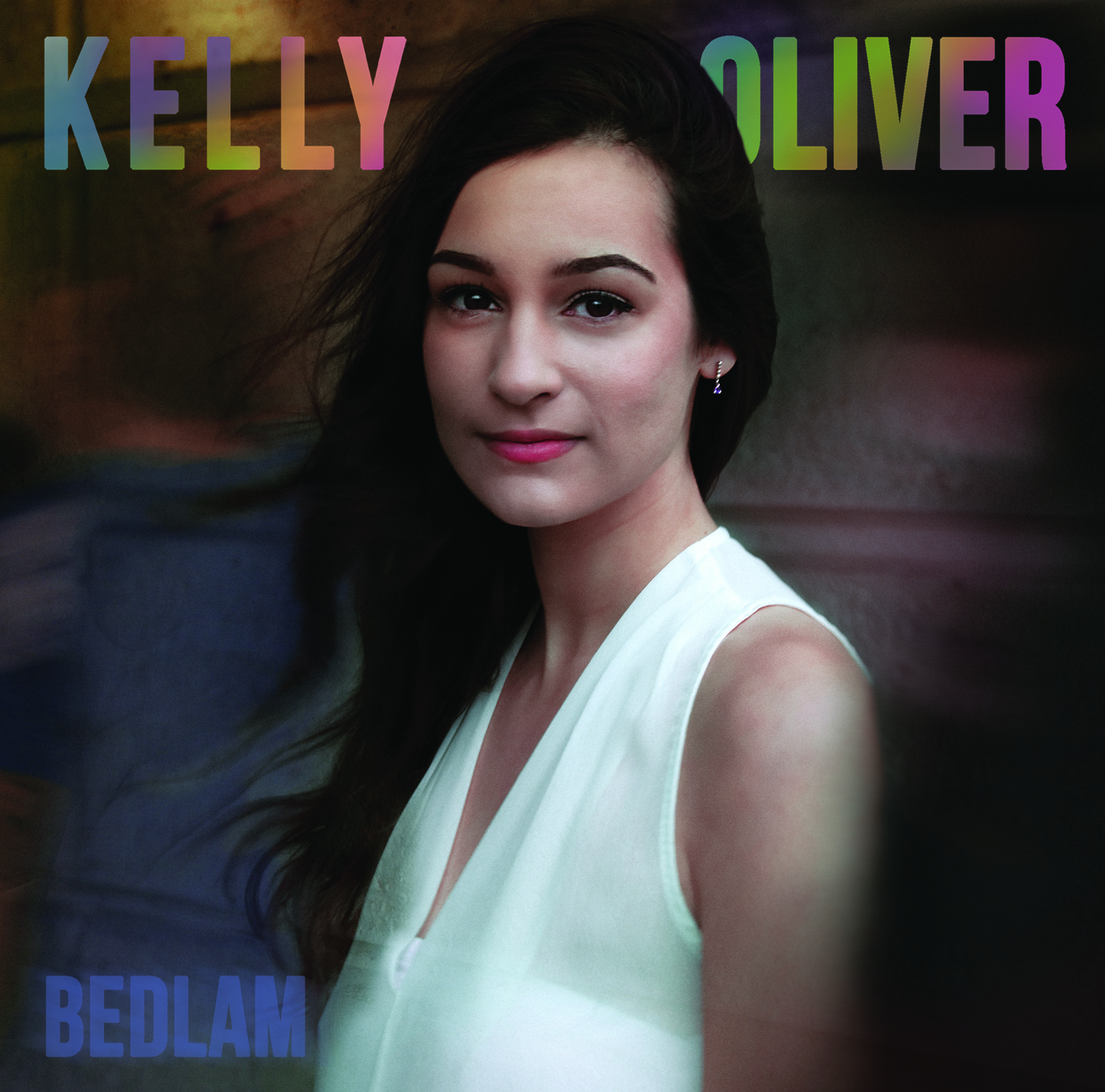 Kelly Oliver follows up her ‘This Land’ debut; a debut which saw her attracting all sorts of media attention – moths gathered round her brightly burning flame led famously by the legendary Bob Harris as king moth. An album too which could boast guests such as the similarly legendary fiddle of Dave Swarbrick and new folk sensation Luke Jackson,  earning her  tour support slots for Thea Gilmore, Cara Dillon and current Folk Awards ‘best band’ The Young’Uns.  Promise. Potential. Anticipation. All roads lead to ‘Bedlam’.

If truth be told, it’s not taken long in coming either  and the appetite has been thoroughly whetted over the previous few months,  built up by a series of teasers released ahead of the album.  Well shepherded obviously by Folkstock Records who have made sure Kelly has  remained in the spotlight rather than go on a long hiatus as used to be the want of rock stars in the past – the four year wait for a new album all part and parcel of the rock star trip. But as Frank Turner sang famously, “there’s no such things as rock stars, there’s  just people who play music.”  Of course, anyone who’s been on the ball may well have heard the tracks which have been previewed ahead of the release of the album which have probably only heightened the anticipation.

This time round, production duties come courtesy of Lauren Deakin Davies whose previous work included Kelly’s debut  ‘This Land’ and also  Nigel Stonier and  Stu Hanna, the latter  whose folk credits and pedigree put him in the top echelon of ‘go to’ guys  when it comes to folk music in the studio. The album also features additional musicians including Lukas Drinkwater who’s also establishing himself a reputation as a double bassist to work with, Thea Gilmore and fiddler (as in violinist) Ciaran Algar. Quite a line up and one which comes to the party in style on what people used to, and have perhaps started to do again, call the old side one of the album – or first half if you’re digital – which is built round  songs which have more of a band feel to the arrangements.

Leading off is the title track alludes very much to the Bedlam prison – the thoughts of a young woman not fit to look after her child  and a striking opening akin to  ‘This Land’s ‘Witch Of Walken’. It’s a  sobering taletoo  given quite an upbeat and bold statement; a rollicking tune, all tumbling drums and the sort of urgency in the fiddling which you’d associate with Dartmoor’s favourite son Seth Lakeman. Lyrically recalling the hardships  of the prison experience – “They strap you down and gag your mouth until you cannot shout  at all”,   “a two foot chain keeps me tied up to the wall” and a cry of  “get us out of living like we’re dead to the world” it’s a real  call to arms opening the album. One of those songs which you’re sorely tempted to simply just skip back to straight away.

It’s followed by the pairing of  the two singles. ‘Miles To Tralee’ is eminently folky, a couple more Lakeman-esque shuddering fiddle parts – perhaps not destined to carry the same singalong weight of The Proclaimers ‘500 Miles’ despite alluding to the fact  that long distance walking shows a sign of commitment – plus some smart banjo picking. Similarly  ‘Jericho’ has  a more triumphant chorus – “off to battle” indeed – and carrying a  message in an  open display of love that she’s going to batter down the walls to show her devotion.

With the title track ‘Bedlam’, ‘Lay Our Heavy Heads’ (another belter in the same uptempo vein) , the single pairing of ‘Miles To Tralee’ and ‘Jericho’ plus the first of the more ‘solo’ songs in ‘In The City’ you have as good a start as you could wish for. If this were a record of the old 12” vinyl variety, it would make for a stunning side one. One which having played, I’d be tempted to just play again (and again) before flipping over to see what side two had to offer.

What it does offer is a shift in focus shift slightly towards Kelly Oliver as solo artist but  one thing’s for sure, it continues the more stripped back feel of ‘In The City’ and ‘The Other Woman’ and allows the vocal to take centre stage  sees her on guitar and minimal instrumentation; the latter a lyric which soars maybe like no other vocal performance she’s delivered yet. She goes more intense solo with ‘Die This Day’ – an impressive harp interlude and forceful rather than the usual sensitive vocal giving a greater emphasis, possibly even fear of living in a violent and threatening society; whatever it may allude to , it makes  specific reference to seeing men walking through Ireland with guns in their hands;  “Daddy – I don’t want to live here”,   amidst the screaming and shooting and fighting and fear  in  what she calls a wretched frontier – pleading hypnotically and perhaps her most ‘Dylan’ moment and possibly the less obvious pick of the album.  The rose tinted glasses fade a little with ‘Rio’ which might divide opinion. Sounding a little watered down folk rock with  the strings possibly more intrusive  in the same way that Phil Spector plastered ‘Let It Be’, some more harsh critics might see it as out of place while the more friendlier take is that it provides a lively close and a change which is as good as a rest.

Folkstock Records are one of those labels who get behind their artists with the personal touch. Describing themselves as a boutique label working with handpicked singer songwriters, with Kelly Oliver, they’ve picked a gem. The ‘difficult’ second album? Tosh.

Watch Kelly performing ‘Miles To Tralee’ from the album :