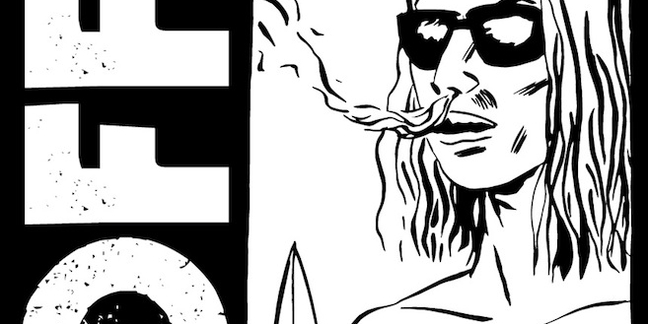 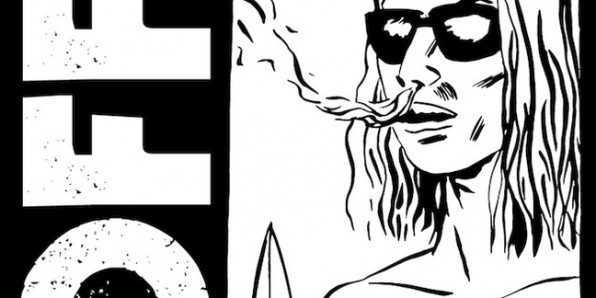 I was lucky enough to snatch a conversation with Keith Morris, a true icon from the American Hardcore scene due to his time as the original Black Flag vocalist and the main man in the Circle Jerks. Now prowling stages throughout the globe as part of no-frills punk rock band Off! I caught him before their Bristol show on their UK tour with Cerebral Ballzy……

Louder Than War: Keith, how are you?!

Keith Morris: I’m in a corridor outside a woman’s rest room

Lucky you, how’s the UK treating you?

First time hated it, weather was terrible, but now it’s not raining and we’ve discovered that great freeway store, what do you call it, M&S? …it’s great you can get salad, fruit, fresh pasta. In America it’s just 7-11 hot dogs and all that crap your mom and dad eat.

So who are you favourite UK bands?

Well, The Beatles, the first album I owned was Sgt Peppers. My parents played a lot of them, I grew up with the whole British Invasion, bands like The Who, The Kinks and I was explaining to the guys in Cerebral Ballzy about The Crazy World of Arthur Brown … this crazy guy with his face painted in black with a helmet on and fire coming out of everywhere, it was amazing!

In the early 70s I loved Glam Rock, Ziggy Stardust & The Spiders from Mars and by then I was working in record shops so starting to listen to prog rock like Yes and King Crimson. I would be lying to say I’ve just listened to punk

Sure, so what was your entry into Punk?

Well I guess the first band that I listened to was Iggy & The Stooges … I was growing tired of the music that people around me were listening to like The Eagles, that was a crock. We needed a detour from that and our detour was bands like the Pistols, The Clash, The Damned, The Buzzcocks and that early goth influence of Siouxsie & The Banshees…

So fast forward, what current bands excite you?

Well we’re on tour with Cerebral Ballzy and I like them. I really like a band called Thee Oh Sees and also Fucked up – they’re a bunch of kids who look like nerds or elitist rich kids but they’re great. They have a great singer who gives them their hardcore flavour, and their drummer plays in an authentic hardcore sounding band called Career Suicide who are probably even better. I love a lot of stuff on the Matador label like The New Pornographers who are really more of a pop band. People will tell you all about the Ramones being punk but they were really just a great pop band. 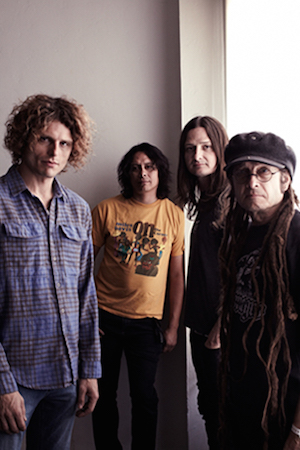 Same with the Buzzcocks….

Well, The Buzzcocks were a punk rock version of the Beatles with all those great vocal harmonies. Those are all just labels, a great band transcends all of those.

So, OFF! is a few years in, can we go back to the beginning and tell us how it came about?

I was working on a new Circle Jerks album and the producer was Dimitri Coats and he was cracking whip. The quality just wasn’t usable, and I knew this was gonna happen. One of the band had become a major fixture on the Warped tour which has a certain linear quality, a horizontal aspect, no bright colours, it’s very black and white with boy bands who are processed and pre-packed out of a factory. Spent so much time there that’s what he wanted to incorporate. And so our ideas of how the music was supposed to be were not coming together. We hadn’t put out a record in 15 yrs, and he had a view that we can do whatever we wanna do and people will buy anything. I thought it was like leading a horse to water but if the water is black and not drinkable the horse won’t go near it. The music was really uninspired and Dimitri put his foot down, so we came to the same realisation. Our best work was when we first started and we needed to go back and do our homework. The other guys weren’t interested and it started to disintegrate. Whilst writing lyrics, I thought I had to have a plan b – You can’t stay on the same track like this or you’ll get derailed. So Dimitri and I came up the idea of OFF!

In the last 4 years, I’ve done more travelling, more shows, more records and before that I was at a real low point. We’ve worked really really quickly, so with the next record we’ll take our time, see what comes up from all the musical adventures we’ve had…

Ok, one last question … can you keep doing those ace videos for the songs?

For sure, the major player in making those is our guitar player, Dimitri. Our newest “Red, White and Black” has Jack Grisham (TSOL), David Yow (Jesus Lizard), Brian Posehn who is a stand-up comedian, and Dee Foley who was in “Kids In The Hall”. You guys have Monty Python, the Yanks have Saturday Night Live and the Canadians have Kids In The Hall which is the best of all of them. He was in a Vampire movie with Dimitri.

All words by Peter Campbell. More of Peter’s writing on Louder Than War can be found at his author’s archive.