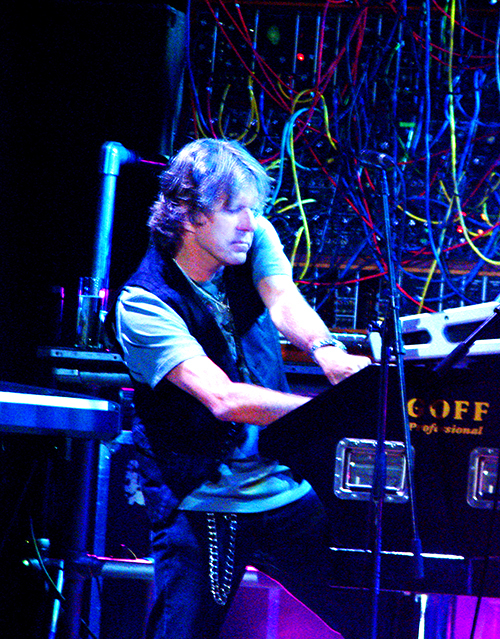 He began his career as a member of the Keith Emerson Trio, John Brown’s Bodies, Gary Farr and the T-Bones, The V.I.P.’s and P. P. Arnold’s backing bandThe Nice. Emerson found his first commercial success with The Nice in the late 1960s, before becoming a founding member of Emerson, Lake & Palmer (ELP), one of the early supergroups, in 1970. Emerson, Lake & Palmer were critically and commercially successful through much of the 1970s, becoming one of the best-known progressive rock groups of the era.

Following the break-up of ELP ,at the end of the decade, Emerson had modest success in his solo career and with ELP again in the 1980s, as well as with the short-lived progressive rock band 3, with the album To the Power of Three. ELP reunited during the early 1990s, releasing the album Black Moon. Emerson also reunited The Nice in 2002 for a tour. His last album, The Three Fates Project, was released in 2012.

Emerson died on 11 March 2016 in Santa Monica, California. The cause of death was not announced.

Law enforcement sources reported that Emerson had a single gunshot wound to the head when his girlfriend found him at their Santa Monica home.

Former ELP bandmate, Carl Palmer said, “Keith was a gentle soul whose love for music and passion for his performance as a keyboard player will remain unmatched for many years to come.”