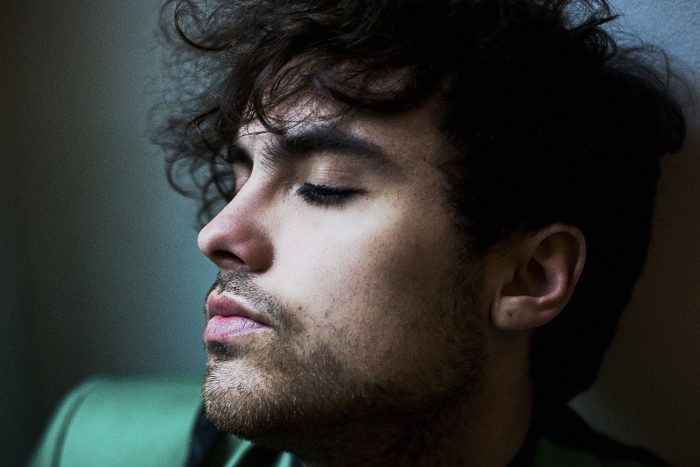 Lots of people in popular music can’t sing. Often, that’s kind of the point in many genres – making music more raucous, rebellious and more democratic. Combine rock and soul, as Keir does, and you need a damn fine set of pipes. As Keir does. His everyday speaking voice is quiet, kind and mellifluous. It would make him a shoe-in for reading the CBeebies bedtime story (and he’d be a far better role model than Josh Homme…). Strike up a few bars of an intro, however, and there’s a mesmeric Jekyll and Hyde-style transition into a man possessed with vehemence and volume.

His second single, Night And Day, is out now. It follows the success of Squeeze Me in 2017, a year in which he played to a packed BBC Introducing tent at Glastonbury and delighted many a festival crowd throughout a busy summer, before selling out London’s Waiting Rooms in December. He’ll be looking to build on that success when he takes this song, and his ever-strengthening repertoire on the road for a run of six live dates in late April.

The song follows a lurching rock tempo, the surges making it somewhere between angsty and woozy, reflecting the personal difficulties in the lyrics. Waking in the night, hoping for life to be different from how it is and sleeping in the day are all disorienting factors that face us when we encounter crises. Keir describes this song’s crisis as being that moment when you’re forced to redefine the trust and faith you have in a close friend, someone you thought understood you, but who has let you down. It’s a song about slowly picking yourself up on your own terms, standing independently without needing anyone else to stabilise you.

The video, shot by Keir and Tom Forsey, provides a strong visual accompaniment, especially for its varied and dynamic cinematography, as well as its occasional moments of levity from Keir’s grandparents – including their own Night and Day contribution at the end. If there are any support slots left for his forthcoming dates, they make a strong case for inclusion.

Night And Day teems with intense, but recognisably everyday emotion. In those twilight, insomniac hours where your inner chimp is ganging up on you and rattling your cage, it ought to provide, at least, a sense that you’re not alone. It’s a good deed in a weary world.

You can see the video to Night and Day here: