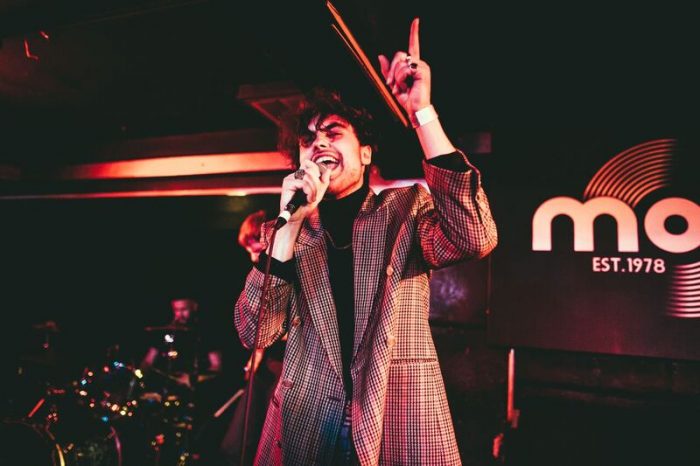 The first bars of Probably strike up. Keir stares us down from his elevated, but intimate proximity in this vaulted, subterranean space. If looks could kill, the front few rows wouldn’t stand a chance.

The intensity in his glare merely reflects the steely voice that ventures forth from behind a fine set of teeth. He holds the microphone in one hand and the lead in the other, like Freddie Mercury would clasp half a mic stand. Like the great Queen front man before him, he has exemplary tone and pitch, is capable of ferocious volume and he possesses electrifying showmanship. All that and we’re only a few bars into the set.

The next thing that strikes is what happens when the song finishes and the crowd goes nuts. Having looked for all the world like a sartorially-elegant savage, with vocals so intense you could dry your hair with them, Keir breaks out into a broad ‘Cheshire Cat’ grin. A few songs later, he exclaims, “This is ridiculous; thank you for coming.” The end of each song becomes akin to a staring contest. How quickly can we make him break into a smile? 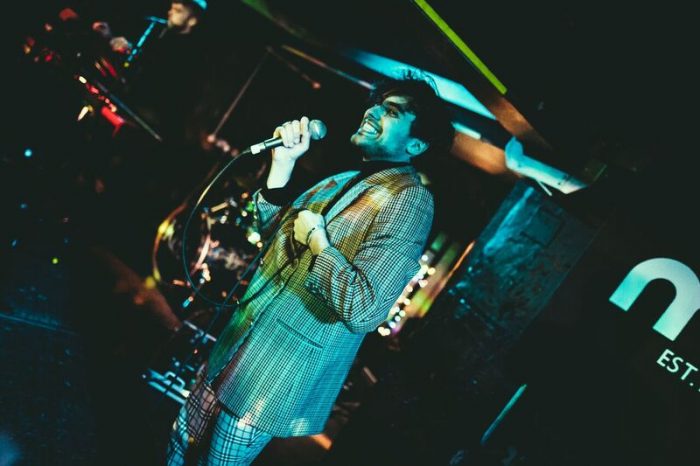 At the same time, that also sums up Keir as a songwriter. Whilst his vocals can have the punch of Prince-meets-Hutchence-meets-Mercury (perhaps with the merest sprinkling of Mika) and his songs vary within his rock ‘n’ soul range from the cataclysmally thrusting Squeeze Me to the moving hush of Say Love. Whereas his voice is undoubtedly king, his band provides it with the most resplendent of thrones from which to preside.

Night & Day gives him the chance to vary the delivery, with a blast of rock-rap. Running Scared includes the lyric, “I was told to bite my tongue.” He’s clearly not good at following orders, therefore, and the world is a better place for it. Similarly, You Will Never Feel The Same Way Again could be an adequate warning in itself to any Keir first-timers in the audience.

I’ve only seen Keir live playing festivals this summer – firstly at Leopallooza in Cornwall, on that day when it was so wet that other festivals were floating away, and then at The Downs Festival in Bristol. Both times he was playing to empty spaces, with the Cornish crowds hedging their bets under cover in the bar area and the Bristol set starting five minutes after they’d opened the gates. Playing a packed Moles Club in Bath placed him in a similar arena to the heaving BBC Introducing tent he played at this year’s Glastonbury. He was surprised then, as he is now, that so many people turned up to hear him. I reckon he’s in a surprised minority of one.

This is more or less a hometown gig for Keir. He’s from Corsham, down the road. He could, theoretically, play the Pound Arts Centre, but they haven’t yet cracked the local gigging scene. The crowd is littered with people familiar to him and full of people deeply familiar with his music, singing along to every song. Afterwards, he heads upstairs to the bar and chats with anyone and everyone.

There’s just the right amount of swagger to Keir. He stands out as someone doing his own thing. He looks like someone out to build a reputation – one that has a solid foundation and that is built to last. And whilst he can bellow as resonantly as a fairy tale giant, he’s also a revitalizing breath of fresh air.

Photos by Beth Newman at Soul Media. You can also find Soul Media on Facebook.