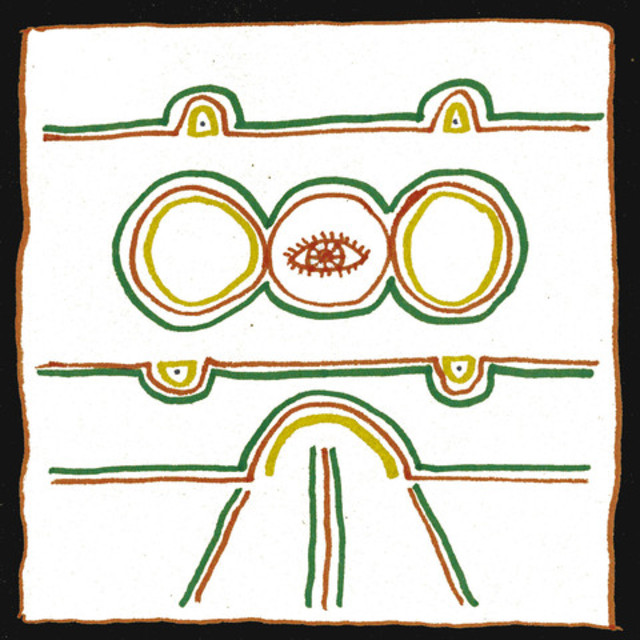 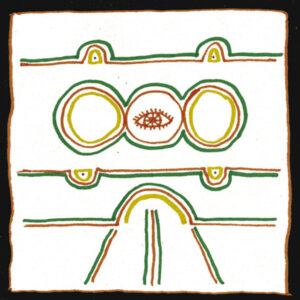 Know for her prolific and highly creative output Rose Keeler-Schaffeler, as Keel Her, has produced a blistering dream pop debut. Sarah Lay tells us more.

It’s funny what we refer to as a ‘song’, isn’t it? From 18 second discordant instrumentals, to three minute pop perfections sweet enough to make your teeth ache, out too the beyond-eight-minute wigged out opus. All of them, across all the different genres, are thrown together and labeled simply ‘songs’. One word to cover all that, including the 18 songs on Keel Her’s self-titled debut, seems rather meagre.

Yes, this album from the prolifically creative Rose Keeler-Schaffeler should be as well received as it has been eagerly anticipated. These 44 minutes encompass lo-fi garage rock, ethereally layered dream pop, electro-dirge and more, so much more. It’s an album that won’t be tied down, changing shape without losing the substance of being a collection.

The short intro of fuzzy, slightly wonky guitar is a stretch and warm up ahead of Go, a one-foot-in-front-of-other one-two punch of a pop song. Glistening harmonies behind the scuzz.

While You Think You’re So Rock and Roll is so laden with echo, over so fast, it is a half-remembered dream rubbed from the eyes. But it leaves you smeared with sleepy thickness as In My Head follows on; the swirling riffs balanced with chiming keys.

The lo-fi bedroom pop isn’t always low key though, sometimes it’s racing danceable indiepop calling out to every inch of you like Riot Grrrl. Throw your arms around, kick up your heels it calls, bang that head until you laugh and lose your focus. Whatever you do fall fully into the joyous blast.

The album isn’t confined to your usual bedroom songwriter fodder either. We get slowed down dream pop, (I Hate It) When You Look At Me keeps all the wonderfully warm fuzziness but with crashing cymbals punctuating those far away vocals. But as it heads into it’s last minute the song flips and becomes an electro beast. It’s not the last time we’ll see it’s needle-sharp teeth but the flash we get from there here is an enticing preview.

The hazy warmth comes back with Don’t Look At Me, the vocals and echoing timbre against the twang of guitar. The combination evokes that ’90s slacker vibe, sloshed with melancholy but at peace with that fact.

That other great bedroom songwriter R.Stevie Moore joins Rose on I’d Be Your Slave, performing both bass and remix duties. It’s a cartwheel through space, a bouncing rhythm of heart as the melody turns you head over heels and back around again; vocals stretching from pin point to streak of light as you pass. A great example of how Keel Her’s eclectic influences and fearless exploration gives an album of great variety within a lo-fi theme, turned up to 11 by that fellow soul Moore.

The adventure eventually lands us with some sparse trance during Overtime’s minute, immediately juxtaposed by Wanna Fuck’s harsh repeats of thrashy guitar and screeched vocal and then back into the dream pop with Pussywhipped. The movement between styles can be dizzying, but remains exhilarating rather than muddled with Rose’s delivery erring toward playful.

Women Lost in Thought is a discordant retro school dance as the backdrop to a wry lovelorn lyric before the slithering electro beast re-emerges with the Hot Sugar remix of Whatever. Somewhere between the bubbles of beats, the smooth R&B reverb-laden vocal delivery is given a sharper edge than elsewhere.

But having been through the slacker and grunge vibes, the retro grooves and old style rock and roll Black Hole brings us the Northern Soul all nighter at the end of the world. A chugging keyboard line, stepping forever around those now familiar distanced vocals and the brash guitar riffs.

The harsher electro comes back on Missing Time, an almost industrial feel to the sparse beats and far-more clinical squalls of synth. While it shares a muzziness with the rest of the album it also feels out of place, too contradictory to Keel Her’s conversational and open style.

The album closes with Roswell which is far more typical of the general tone and a beautiful lilting dream pop gem, a gentle embrace full of comfort.

A vein of lo-fi production runs through the album and a sense that this is a very solitary, but never lonely, sonic adventure that Keel Her is on. Roaming off the beaten track of current pop sounds, content in her own exploration,we’re able to gaze in wonder in as her creativity and inventiveness flutters by.

This album is further evidence, if any were needed, that in Rose Keeler-Schaffeler we have one of the most promising and imaginative songwriters of current times.

Keel Her will support The Space Lady in Brighton on Friday 18 April. More info about the gig here. And she’ll be playing London’s The Lexington on Friday 16 May with Scott and Charlene’s Wedding

All words by Sarah Lay. You can read more articles from her on her Louder Than War author profile or follow her on Twitter.