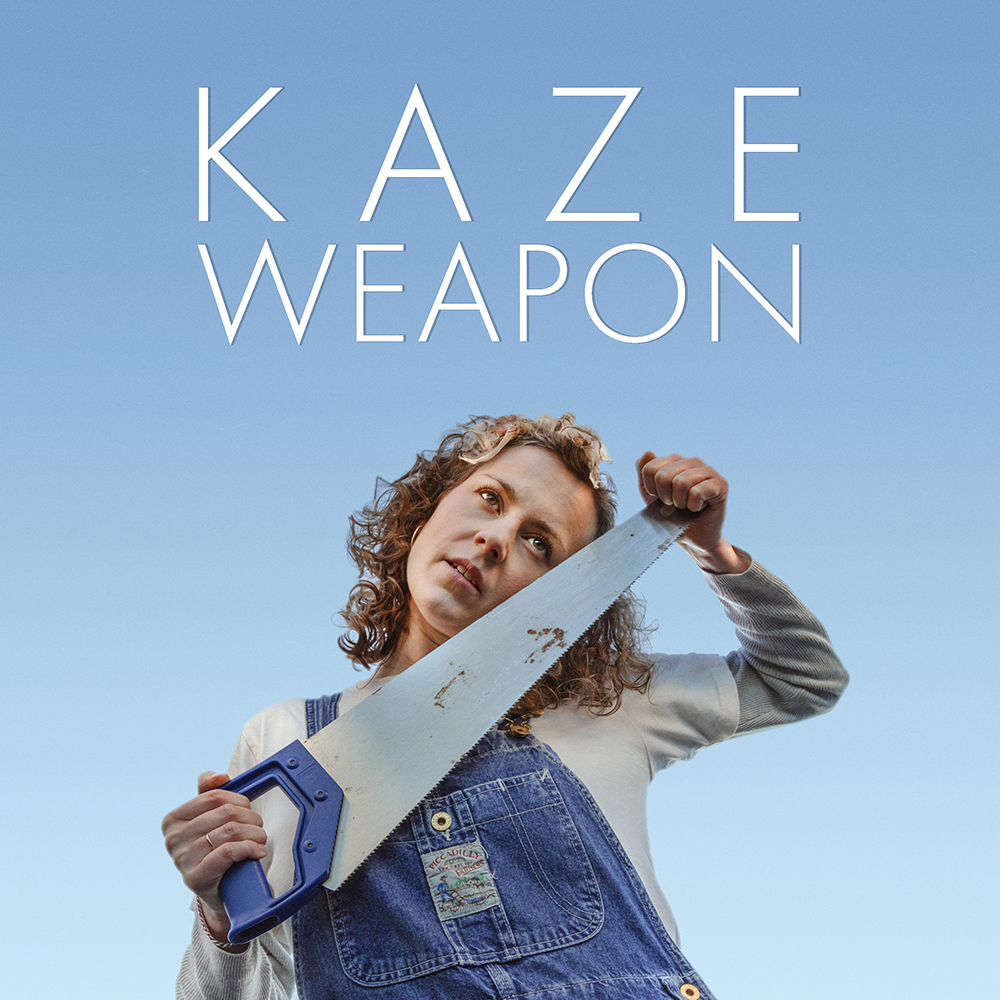 Why use violence to solve problems – especially when the message is delivered to you in the form of voluminous vocals in a track which is powerfully punchy in its own right? With searingly good synchronisation and layering that builds like a bruise, KAZE’s latest track ‘Weapon’ is a visceral experience with the power to move us. The video builds on this too, says Louder Than War’s Emily Oldfield…

Manchester-based KAZE is comprised primarily of Amy Webber and Graham McCusker writing the lyrics and music, impressing in the past with tracks such as ‘So Bad’ and ‘Pinned On You’. In this recording they are joined by Thomas Fripp on guitar, Jamie Brewster on bass and Alexander Tod taking th 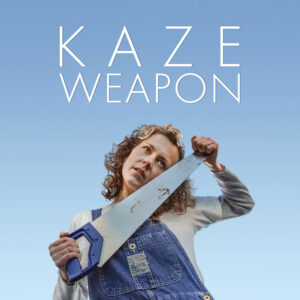 e drums. KAZE have a particular history of hard-hitting music videos that tackle the track’s themes head-on… and ‘Weapon’ is certainly no exception, underlining the group as creators of in-your-face yet articulate alternative pop music.

The song itself opens with birdsong and a domestic buzz, before a rinse of robotised vocals add in a sense of uneasiness. Webber’s vocals are expressive and every syllable perfectly-cut in their exploration of emotion, laying down the situation: ‘Something’s boiling up’. A succinct well-synchronised drumbeat gives the track gravitas at its beginning – and what really has to be said for KAZE, is that they are a band who highlight their skill through lusciously layered instrumentation.

An example of that layering is on the line ‘waiting for too long’, as keys come in, creating an upbeat through their gentle patterning. This is a song which makes a point without being pushy, instead generating multiple opportunities for empathy with the audience. Lines like ‘someone puts you down for being in a rut’ tell of everyday disappointment many of us can relate to, whist the video actualises this.

Well-shot and spinning a resonantly related narrative, the video is filmed within the constraints of a mundane domestic space, highlighting how easy it can be for impulsive emotions like anger to become trapped and accumulate. After all, the visuals emphasize the number of aggravating factors we may come across in current society– the likes of limited arts funding, NHS cuts, suffering. On a bigger scale too, the state of governments making decisions to weaponise and fight without mass public consent.

And there may be no immediate antidote – but taking out our anger doesn’t necessary solve anything. Especially violence. That’s a distinct message as the track develops all the time, building up even more strength as a hi-hat comes in, backing vocals bringing forth control in the form of ‘take a deep breath’. It all adds perfect layers of preparation for the chorus – ‘get back on your bike/loosen up that fist’, thickened with anthemic pulses of electric guitar and additional instrumentation. It certainly leads the listener to think on their actions – after all, ‘put your weapon down/ I think you get the gist’. Pacifistic without being preachy, marks a very skilled balance.

A gutsy, catchy piece of music with a conscience, making the audience complicit. The use of second person lyrics, addressing ‘you’ is particularly powerful, and I perhaps would like even more wild washes of guitar to add to this as the track accumulates.

However, there is plenty of depth, with Webber’s vocals particularly adding a dynamic which r 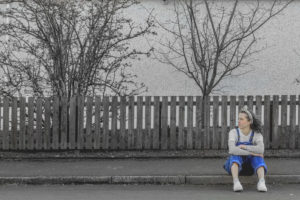 anges between high and celebratory to deep and dwelling. Ending on a kind-of medley of ‘put your weapon down/I think you get the gist’, accompanied by video imagery brandishing saws and hatchets, showing them cast aside – this is a track telling that power lies within us, rather than through violence. And it’s very good indeed.