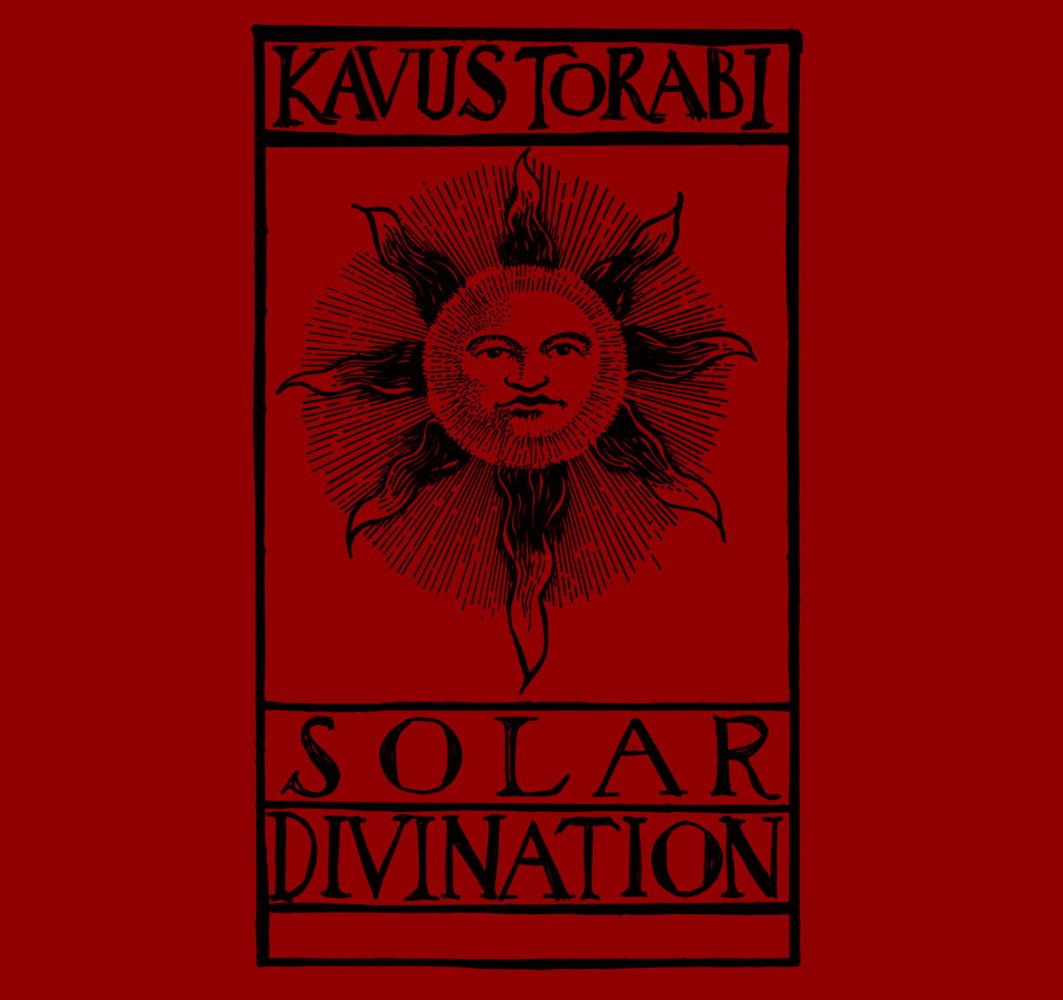 The artist described as “the modern prog iconoclast” unleashes his first solo venture with a three track EP that sums up his unique musical approach.

“Thinking about the only road they ever knew,” the first words you’ll hear on Kavus Torabi’s Solar Divination EP are about as far from his own road as you can get – a path so wide and varied, bypassing the ordinary and veering off at wild tangents, never knowing what the next turn holds, what’s around the corner or on the next page. He’s a musician with many fingers in many pies. Current frontman for avant garde progressive icons Gong, contributor to Cardiacs and The Monsoon Bassoon and mastermind behind the unique and genre bending Knifeworld, his bizarre but unsurprising  association with snooker’s Steve Davis, himself an aficionado of the psychedelically challenging, seems quite de rigeur for Kavus Torabi.

He still conjures up visions of Syd Barrett – the unruly hair, occasionally wild eyes and also musically, he has a quality that’s unpredictable and engaging, seducing immediately with the hypnotic by Radio To Their World. Discordant vibes collide with pulsing sequencers, acoustic chords and incantations and the trip is well underway. The Faceless Undead channels a familiar free forming King Crimson styled progressive fusion, the experiment taking hold and gaining momentum with moments of occasional sparseness contrasting with the  sudden ring of guitar chimes and shivering rhythms.

Across eight minutes, Slow Movements suggests something a little more tranquil,  confirmed by a relaxed ambient opening passage. A vocal hovers below the surface, the quivering soundscape indicating we could easily be in the presence of the sequel to Astronomy Domine. The controls have been set for the heart of the sun as the gentle ebb and flow steadfastly holds its course, refusing to conform to being dragged off at a tangent.

The result is a genuinely innovative talent benefitting from the freedom of working solo and giving head to his personal visions. In delivering such an inventive and innovative teaser, the anticipation of a full album after the aperitif provided by Solar Divination and two decades worth of honing his craft is a positively mouthwatering prospect.

Watch Kavus live and acoustic at The Harrison, London in December 2016:

You can hit on Kavus Torabi /Knifeworld via Twitter