Home Blogs Kathy Rocker RIP : a eulogy to a punk and rocker scene... 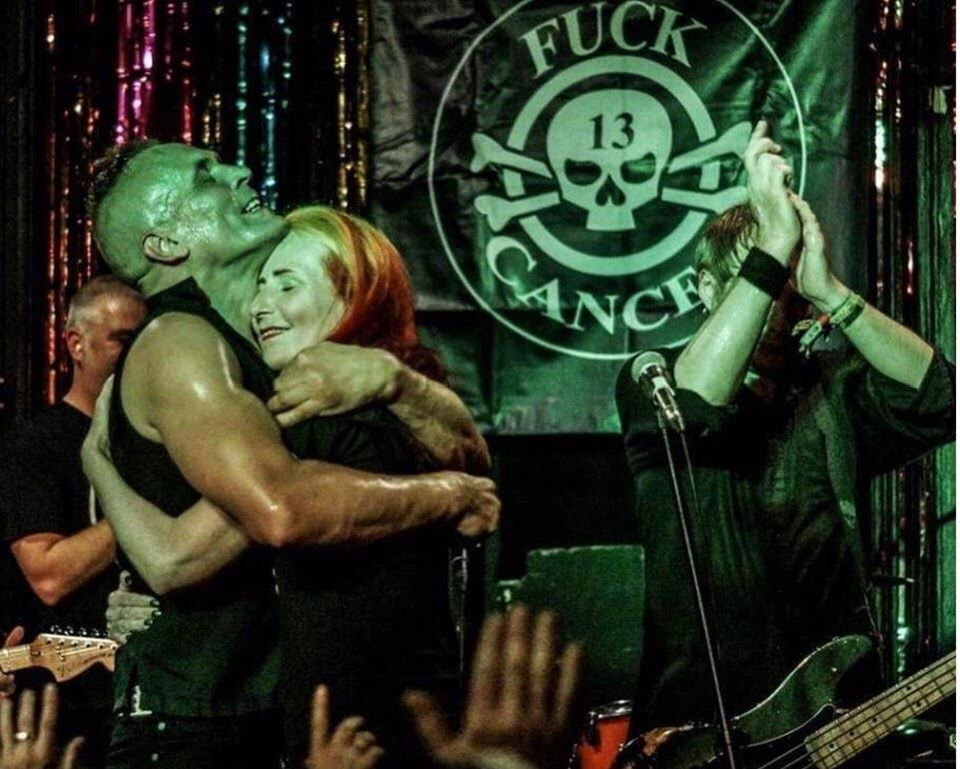 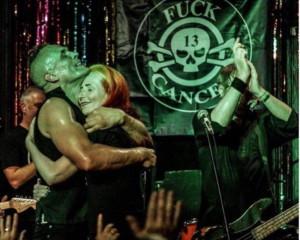 This has been a tough week for everyone on that most beautifully dysfunctional of families – the punk scene and beyond.

It’s always hard when someone, anyone dies, but when we lose someone who was as full of life as Kathy Rocker and whose energy and life force empowered and invigorated everyone around her, it seems even tougher.

Cancer is a cruel and vicious disease that strikes without warning.

Kathy Rocker faced it down with a stoic bravery and a sense of humour and an inner strength and resolve that puts overused words like ‘hero’ into the shade.

For her the terrifying condition was just an excuse to live a full life even fuller.

What Kathy crammed into her final twelve months with cancer was like ten life times for most people. She travelled the world, ran her shop and got married to her equally wonderful and brave husband Andy McCullough.

We have not only lost one of our own but someone who touched everyone in life and broke their hearts in death. Kathy Rocker – the dayglo scene queen who ran the Rockers clothes shop in Manchester City centre and knew everyone in that world and who was embraced in life as a kind and effervescent soul and whose energy and enthusiasm helped to drive an outsider culture.

Everyone knew Kathy and everyone loved Kathy.

The site of 20 punks and rockers in the empty cafe of Manchester Christies hospital when we went to visit her days before she left us sums it up. It was a packed and silent solace and vigil for the much loved lynchpin and heartbeat of not only the Manchester punk scene but that weird and wonderful international family of noiseniks, Kathy Rocker.

A silent vigil for people who, like Kathy, loved noise and life.

A silent vigil from the extended family who would do anything for the scene queen who lay dying with an incredible dignity in an upstairs cancer ward.

A silent vigil of tattooed outsiders in a normally empty room representing the many worldwide who were hanging on for news on facebook about someone they may have met once but were somehow touched by.

The room where she lay was full of dignity and inspirational bravery and was brimful with emotion.

Of course it was.

Her former husband and Goldblade guitar player Johnny Skullknuckles and his mother had been there for days alongside her current husband, the amazing Andy, all holding onto precious seconds of life whilst Kathy lay on the bed fading, yet fighting and defying the dread cancer to the end.

She had lost weight since the last Fuck Cancer gig which we had played for her a couple of months ago.

It was the gig where that photo above was taken.

People hold onto eachother because they are holding onto life. Friends sharing moments of humanity. That photo was where the adulation of the packed audience made her smile the biggest and most beautiful smile anyone has ever seen. It was a serene moment in the middle of a sickness, a moment when the cancer was forgotten about and beaten away and the life affirming noise of humanity was winning again. A brief moment when the noise transcends everything. When punk rock is bigger than life and death. When music is reminded of its point. Its soul. Its reason. A brief moment when the power of rock n roll triumphs over the avalanche of life. A brief moment when decades of music life are given meaning. It’s a stunning smile. A smile of life in the face of death. It defines bravery and joy.

That was Kathy all over and even in those last days in the cancer ward she was fighting and winning. Cancer may take your body but it will never take your soul. That kind of bravery is astonishing and her stoic frankness and her beauty, even at the end, filled the room.

The hospital room saw northern men surrounding a bed trying to make jokes and be funny and chat and display extraordinary sensitivity in front of an endless parade of guests who tried to act normal but felt shit and emotionally battered. Our eyes were full of tears that we can’t admit to and we held together with big bear hugs and a deep communal gravity and this amazing woman lying on the bed full of defiance with Kathy chatting like she was still behind the counter of her beloved shop.

Even writing this is a damn misty eyed business. Life can be tough and death can be tougher but Kathy taught us so much in those final months.

Kathy Rocker was not just a close friend to Goldblade, the Membranes and Louder Than War, she was a close friend to that extended family of punks worldwide. Her Rockers shop in Manchester city centre was the epicentre to the high decibel freaks who like their clothes as loud as their music. Her effervescent and warm and wonderful presence not only filled the room but the whole scene and she was one of those rare people whose post death epitaphs were matched by the ones she got whilst still alive.

Kathy lived life to the full and her warm presence filled the room with more dayglo than her fifties dresses and exploding hair. She was a tsunami of style, glamour and colour in a monochrome world and a genuinely positive presence on the scene and beyond.

We had known Kathy for years.

She was part of something.

She loved of Turbonegro, Cock Sparrer and a myriad of lunatic noise bands and her presence at Rebellion Festival were cornerstones of the punk rock scene.

Life is now quieter and there are more shadows flickering across our once youthful world. Punk rock used to be the sound of live forever youth and is now a gathering of the clans to bury one of our own.

In many ways our ageing bones are the final victory.

The music may now be a sound track for funerals and we cry more than we once laughed but those powerful emotions and that sentimental raw power are part of the humanity that made us love this music and culture in the first place.

See you on the front row of that big messy gig in the sky.