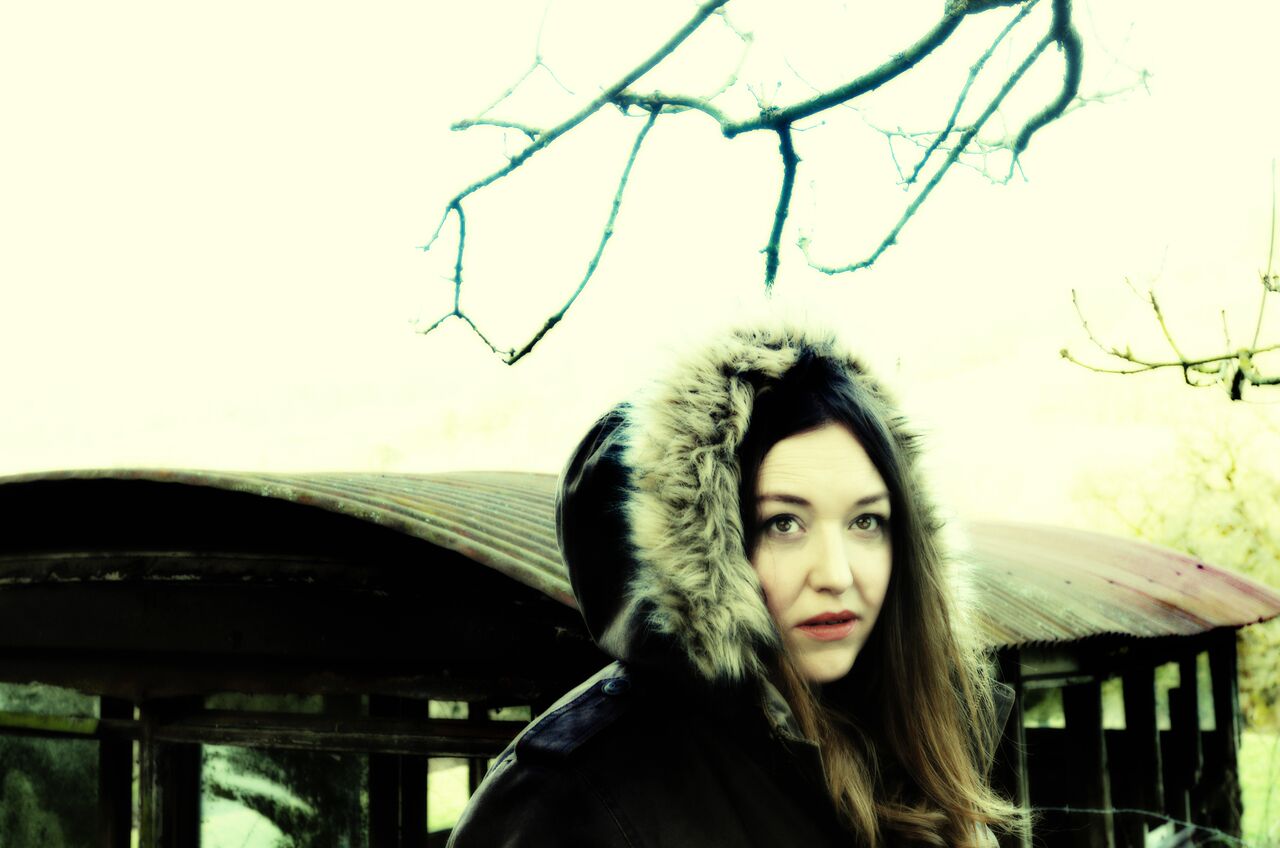 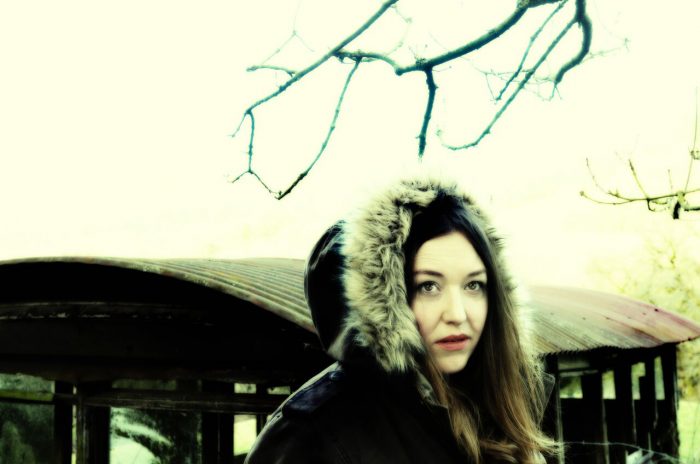 Louder Than War editor Sarah Lay talks to Kathryn Williams about her new album of reworked jazz standards and American songbook classics, Resonator, and her collaboration with Anthony Kerr as well as the way she continues to challenge herself as a songwriter and musician.

“The biggest thing with this record was after Hypoxia wanting to make something beautiful and peaceful and from that time. I needed to make something that would be a solace. Hypoxia was such a massively intense album and this is a beautiful solace. There is a simplicity and melancholic joy.”

Kathryn Williams latest album, a collaboration of re-worked American songbook classics with celebrated vibraphone player Anthony Kerr, has been in the making for the last six years. Meeting when they worked on her 2010 album The Quickening the pair talked about collaborating and Resonator slowly grew from that. Williams said, “When I recorded The Quickening I did it all live with a seven piece band of amazing musicians and Kate St John, the musical director.  That’s where I first met Anthony Kerr – he was the wild card on that album!

“He was amazing, he played marimba and vibraphone and he is a very different being to me. He’s some sort of crazy academic, and he’s so knowledgeable about phrasings and different versions of jazz music. Throughout The Quickening tour we got to know each other – he taught me how to play cards; he didn’t teach me well enough as I could never beat him!

“We talked at that time about how interesting it would be to do just a vibraphone and vocal record, working around each other and playing off each other. And a couple of years later I went down to his, I had a stinking cold, we worked on some songs, and so it’s been a six year plan slowly working toward Resonator.”

The album is full of that simple melancholy, that solace, that Williams sought after last year’s Hypoxia, an album of original songs inspired by the work of Sylvia Plath. Resonator takes in American songbook classics and mainstream jazz standards such as My Funny Valentine, Embraceable You, and Every Time We Say Goodbye that gives the comfort of familiarity and the interest of a subtle and loving new take.

“There was a really long list of possible songs for the album to start with. A lot of the time Anthony wanted me to hear every single version of every single song and the minutae of that. He’s like a professor, and it’s beautiful, I’ve learnt so much from that whereas I’m a point-and-go, I’ll wing it, I’m really scared and I don’t know what I’m doing but I’ll do it anyway.

“He kept playing me different versions of songs but I needed to find my own way, I didn’t want to make it like anyone else’s version. We did a lot of listening and a lot of choosing and then working those things out and then trying to get to the reason why we were doing each song. That’s interesting in itself. The reasons aren’t something other people need to know about but it was interesting trying songs we thought would work with us and then they didn’t. But I really like that, I like all the painting that goes on underneath the painting. The weeks and weeks of mistakes and the changes and the thought process. I like that.

“With these songs I wanted to take away all of the histrionics. People who have written these beautiful, beautiful songs which are like beautiful horses and singers have whipped them and put saddles on them and done it just for their own ego. I wanted to just take all those things off and just put these horses in a field and let them be the songs they should be.”

For some this will be seen as a departure from her usual style while others will relish yet another surprising turn in Williams’ journey as an artist. As a songwriter she approaches music with an open curiosity, not to be drawn by fashion or expectation but only by her own willingness to explore.

“All my life I’ve been told by everyone that I’m folk, and then by everyone in that folk world that I’m definitely not. I’m not rock, I’m not pop, I’m not folk. And I’m not jazz and now I’m doing a jazz record. I just wish everyone would fuck off. It’s missing the point. I used to always want some way of belonging, of being cool, of being this or that. And now I just thank God I don’t have to adhere to these club rules.

“They are from the American songbook, a lot of them have come from shows. They are universal. They are not chewy contemporary jazz numbers. I do feel a bit nervous as I feel it’s quite a closed world; the jazz world. I think maybe I’ll get a bit of backlash because they won’t think I have the worth or the qualifications to be doing this but that’s why I’m challenging it. Because these songs are too good, they’re absolutely gorgeous.

“When I sang them in the recording room, Anthony and I did them live, and there were a few times where in the process of taking the character on – like in I’m A Fool To Want You – I took that character on in an Amy Winehouse way; so desperate for this love which was so wrong. I sang that in one take and afterwards my legs just buckled, I fell to the floor and I thought ‘gosh, that’s an amazing amount of emotion.’

“It’s not just the words, it’s how they sit inside the melody and how they lift and take you. As a singer it is like being lifted on different air currents and the power of it really affected me physically. I think it’s amazing that these songs have been played so many times, and heard so many times, they’ve been in the world so long and yet they still have that incredible potency when you hear them.”

Resonator is Williams’ eleventh studio album and the partnership with Kerr is just one of many collaborations she’s created through. That shared creative process is something that fascinates her and which she builds on through the songwriting retreats she runs. Reflecting on it she says that writing with another artist builds strength creatively but also as individuals in a disparate industry and increasingly challenging career.

In recording new versions of familiar classics Williams has found challenge and new strength as an original songwriter too.

“It’s a different thought process where you haven’t written those words; you have to understand the writing of it. It makes me feel like I felt I could write a better song after going through and understanding them. These songs are like Armani – they are so beautifully made and constructed. You don’t mess with them. You don’t mess with how they are. They’ve been tailored perfectly and the way they feel in your mouth and move around in them, the way you can meditate inside the melody with the lyrics, those pauses to work out how you want to push and pull with the words.

“It is different to writing original pieces, it’s more about the performance of it. It’s quite nice not to be the singer and the songwriter every time. You get to concentrate on the other bits of you. And when I write songs people only ever comments on my singing anyway. As if I can’t possibly write a song and sing it as well.”

Williams believes strongly this view is based purely on gender – that female artists are assumed to have only a nominal and passive role in creation while male artists are assumed to be creating authentically without outside support. So too on the production side, says Williams, who has always had a keen interest in the technical aspects of recording sound and knowing how to ask for the sound she wants from those she works with.  With Resonator she worked with Dave Izumi on mixing the album, to add an extra depth to the songs. “He mixed it in a really bristol way where we used the desk as another instrument and he put echoes and delays on that we rode up and down for the emotional lift in the song. It’s quite subtle but once you hear it then it becomes quite intoxicating. It’s like subtly like trying to rebirth something. ”

And this album is an able of rebirth rather than a generic repeat of songs we’ve all heard so many times they almost sit within our DNA. For Williams the title encapsulates that sense of renewal. “I love titles. I almost want them to be better than anything else. Resonator is the pedal on the vibraphone that you press for the note to last longer, it can have 20,30,40 second delay of how long it decays to. When I was talking to Anthony about the vibraphone he mentioned this word – resonator – and I wrote it in my book. When we were looking at titles I just felt like it encapsulated everything we were trying to do. It about extending the stretch of the songs themselves as well as the sound of the vibraphone that is central to our versions.”

Interview by Sarah Lay. Sarah is editor at Louder Than War and you can find her on Twitter and more from her in her author archive. She is executive producer of The Rumble on Radio Andra, a weekly show of the best of the underground and DIY scenes around the world. Tune in Tuesdays from 8pm or listen again.