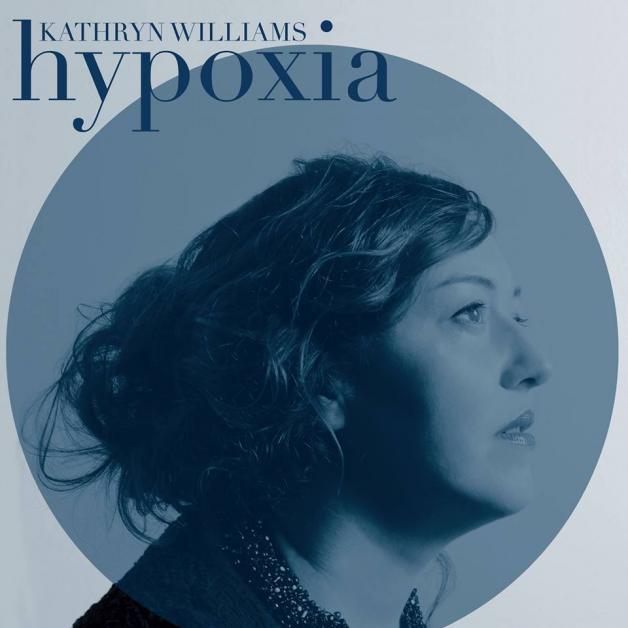 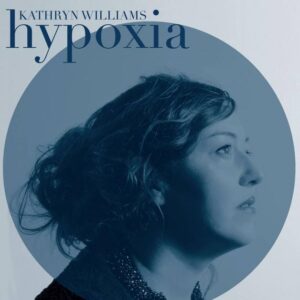 Kathryn Williams possesses an exquisitely intoxicating singing voice. You’re not likely to hear any vocal gymnastics or shrill over-emoting on any of Williams’ 12 albums (including collaborations), and they’re all the better for it; the Liverpool-born singer-songwriter has more in common with chanteuses like Françoise Hardy than she has with current chart-friendly warblers. Based in Newcastle ever since her student days, Williams’ perfectly-judged vocal subtlety also has commonalities with the great bossa nova singer, Nara Leão. Perhaps one day Williams will record her own bossa-influenced album; her back catalogue to date has demonstrated a willingness to experiment across a wide range of genres- folk, indie, commercial pop (well, sort of), and often a mix of all three.

And so we come to ‘Hypoxia’, instigated by the Arts Council’s New Writing North programme’s commission to write new songs inspired by Plath. Narrowing down her focus to Plath’s only novel, Williams enlisted her friend and previous collaborator Ed Harcourt as the album’s producer. Harcourt also plays piano and a variety of instruments on the recording, as well as co-writing one of the key tracks, ‘Cuckoo’. Another former collaborator, Neil Macoll, makes a welcome return, contributing “guitar and pedal soundscape stuff”, a description which hints at the experimental, impressionistic nature of the backing on this gorgeous album.

“The muse is following me, black inky shadows behind me”, Williams sings over a shimmering backdrop on the opening track, ‘Electric’. The same song contains the simple yet deeply moving line “I lost my chance to write on the slate”, an elegant and poetic summation of a bright life cut short. Musically, ‘Hypoxia’ is composed of 9 tightly-written pop songs, expertly produced by Harcourt and crowned by Williams’ irresistible singing. Lead single ‘Mirrors’ even incorporates a Black Keys-style glam shuffle on distorted electric guitar.

The Ramones-like brevity of the album is in keeping with the steeliness of Williams’ intent, but,  it’s the lyrics that make ‘Hypoxia’ such a triumph, incorporating characters from ‘The Bell Jar’ as narrators. “The ways I try to stop my heart…because a heart beats on its own…it beats I Am I Am I Am”, Williams sings on “Beating Heart”, addressing the issues of suicide, self-identity and the human condition.

There are moments when Williams’ own life experiences and beliefs seem to suffuse into the songs; the singer has always trod her own path and shown a feminist disregard for the music industry’s stereotypes of female performers, so it is not surprising when a sense of anger is palpable on ‘Tango with Marco”.  Referencing the attempted rape of the central character, Esther Greenwood, in ‘The Bell Jar’, this centrepiece track is almost forensic in its analysis: “On the back of your eyes there’s a list of the different ways to hit, then kiss”, Williams sings, followed later in the song by the ambiguous “every woman-hater I meet gets me shuffling my feet.”

The album ends on a gently uplifting note as ‘Part of Us’, co-written with David Saw, addresses the subject of loneliness, evoking a 50s Patsy Cline atmosphere and concluding that “Loneliness was never a part of us”. There’s a sense that Williams is making a personal connection with Plath across the years- a fitting tribute to the continued potency of Plath’s work and a recognition of the poet’s humanity, so often smothered by her totemic reputation.


Williams has often cited Lou Reed as a key influence, and this is clearly reflected in ‘Hypoxia’’s winning combination of catchy pop songs in experimental settings, married to intelligent, poetic lyrics. The intimacy and intent of the Velvet Underground’s eponymous third album are brought to mind by ‘Hypoxia’, an album that is not diminished by comparisons with Reed’s finest works. Williams has rescued Plath from her dehumanising status as a cypher, the poster girl for…well, you know the clichés as well as I do.

It’s time the truth be told. Kathryn Williams is one of our finest contemporary singer-songwriters, and ‘Hypoxia’ is Williams at her very best; this is an album to cherish.

Kathryn Williams is on Facebook, Twitter and the web.
All words by Gus Ironside, whose author’s archive can be found here.

June 2, 2014
We use cookies to ensure that we give you the best experience on our website. If you continue to use this site we will assume that you are happy with it.Ok