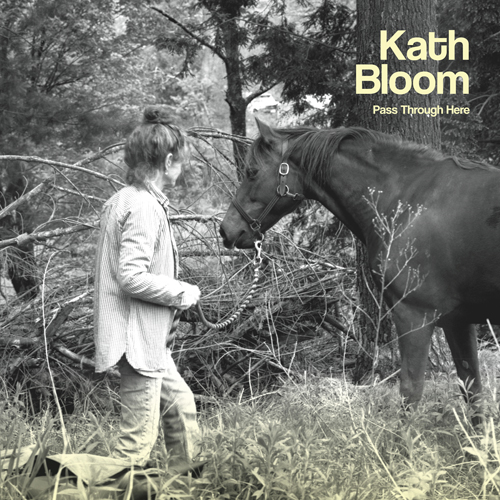 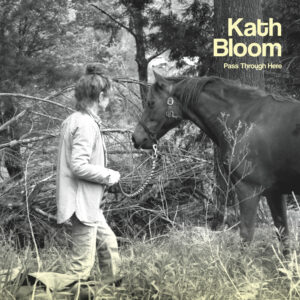 Heroine to some of the most acclaimed songwriters in the world yet relatively unknown after a career spanning almost 40 years, Damnably’s George Gargan checks out the new album from enigma Kath Bloom.

If you ever had your heart broken or found yourself walking away from a final embrace, head buzzing with an overwhelming tide of emotion as you wrestle back the tears, then you already know what it’s like to hear Connecticut based Kath Bloom at her best. A pure, timeless talent whose songs are a divining rod to even the most petrified of hearts.

As a young woman in the 70’s she collaborated first with the conceptual artist Bruce Nauman and then seminal experimental guitarist Loren MazzaCane Connors.

Kath and Connors broke a lot of new ground but drifted apart and their partnership ended in 84’ with the ‘Moonlight’ LP. She continued writing but didn’t release anything until the ‘Love Explosion’ solo tape in 93’ and her back catalogue was largely unheard due to legal issues. Thankfully, her career was reborn in 95’ with Richard Linklaker’s inspired use of her song ‘Come Here’ in ‘Before Sunrise’.

For the uninitiated, the ‘Loving Takes This Course’ two disc set, featuring one disc of covers (Bill Callahan, Josephine Foster, Devendra Barnhart) and one of the original versions of Kath’s songs is as good a place to start as any. Mark Kozelek is also on that album and it’s his ‘Calvo Verdi’ label along Guy Blackman’s ‘Chapter‘ label in Australia that released Kath’s newest albums ‘Terror’ and ‘Thin Thin Line’.

Bloom is a tiny, wiry, mature woman, that strums with a claw-like hand, wearing a belt of harmonicas that she switches to match the chords of each song. Closer to fellow outsider Michael Hurley than enigmatic female folk acts that fell off the map like Judee Sill or Karen Dalton, but in her prime her vocal power is reminiscent of Peel favourite Sandy Denny.

Kath chooses to record live, capturing not a primped auto-tuned perfection but a fleeting, riotous, raggedy glorious moment in time.

Title track ‘Pass Through Here’ features an otherworldly chorus that hits a mysterious Zither-like note or how cymbal feedback might sound, but it’s closest to the sound of Star Trek’s Transporter. That sound is an unlikely clue to what makes this almost mess so brilliant. The very waves of sound, the substrata of Wav data, bit-captured warts and all performance. The person and the choices made in life and in art are all 100% KATH BLOOM. The album, recorded in California by engineer Jeff Hassay and fellow performer Levi Strom, transports that molecular BLOOMY goodness to the listener. 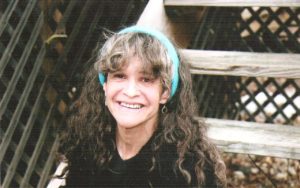 Much like Jonathan Richman whose ever-changing songs, spontaneous recording technique and the unamplified, unstructured live performances are all imbued with his zest. “What we want is the moment … just like the wind, we don’t want the past..just like bread, even a day old is getting to be too much” … Es como el pan

‘Criminal Side’ attacks the tax dodging, global corporations’ and deadly dehumanising effect of power. ‘Shirt off Song’ is a dirt-sexy song about fucking and lies.

‘Let the Music Come’ is a chipper celebration on the healing power of music:

“When this world has got you down, and you cannot stand your ground
Reasons swirl around for your existence. You may hear a distant sound and heart begin to pound.

“You will be rewarded for persistence, if you let the music come, let music go.

“This world weighs a ton-man I oughta know.

‘Odyssey’ Is a heart breaker – raw vocals wavering like flowers in a wind, unexpectedly moving surges of backing vocals, swirling flangy guitars and much more than sum of it’s parts and explores a difficult love and explaining it to her kids.

‘Pass Through Here’ the song itself looks at walking off shame and knowing you won’t re-tread past glories, but that it’s ok and all part of the, ( a•hem) journey which inexorably ends with death, a subject from which Kath does not flinch in ‘Bye Bye’.

I don’t believe in God, but I do believe in Kath Bloom and like truly great artists she is operating on a higher level than the rest of us but she is willing to pass on some of what she knows if you let her music come.

Buy the album digitally from Bandcamp or physically via Chapter Music.