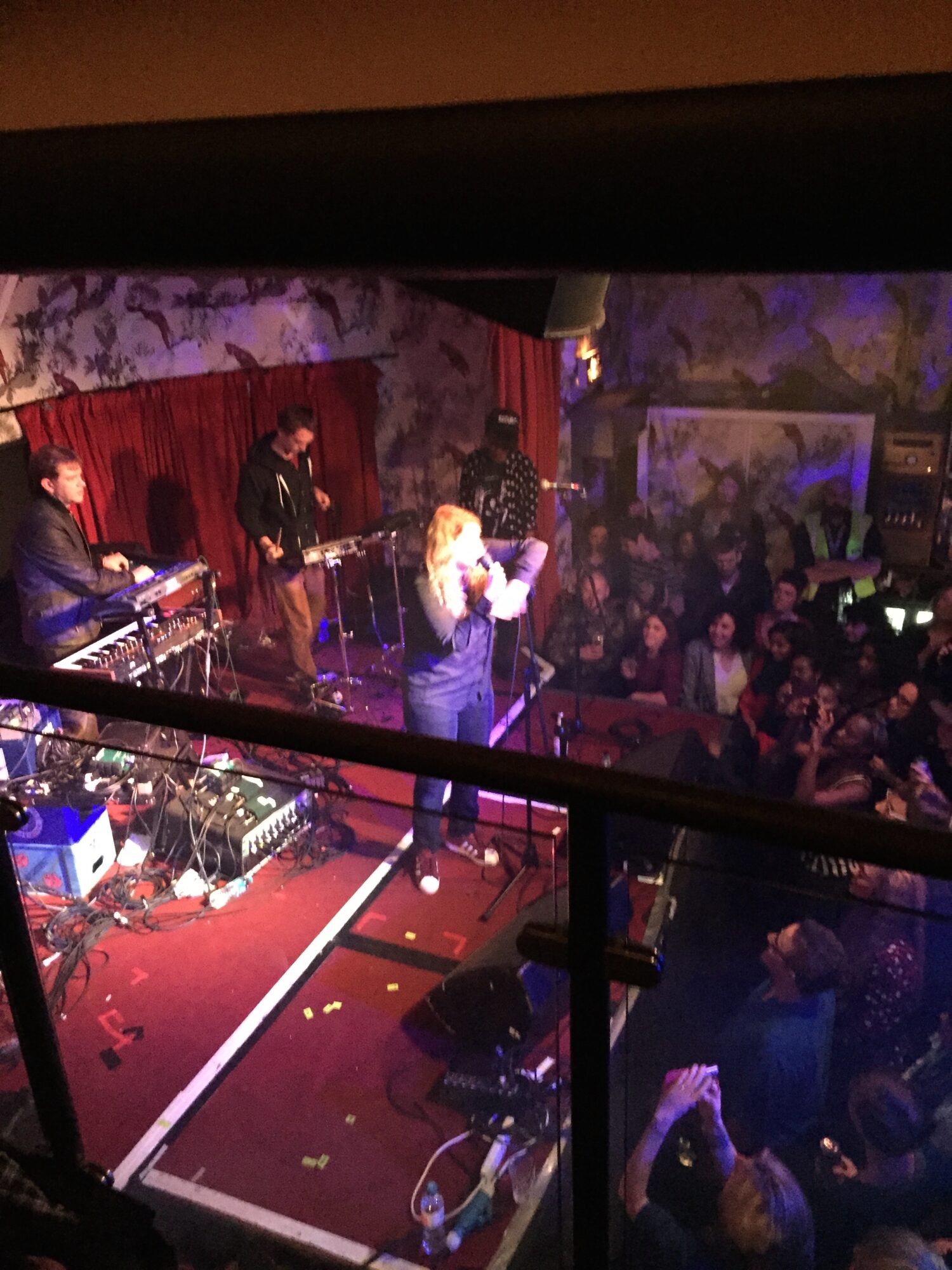 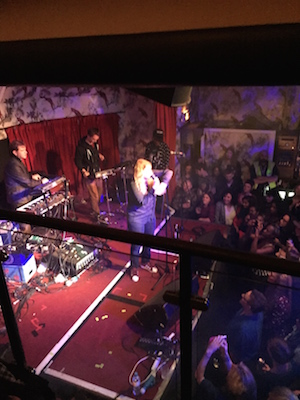 Street Poet and Mercury nominee Kate Tempest is finally finding the recognition she deserves. Louder Than War’s Robert Pegg was there when she played Manchester.

With an enviable body of work going back a good dozen years and being the first person under the age of 40 to win the Ted Hughes Award for innovation in poetry, you could forgive Kate Tempest if she decided to rest on her accomplished laurels and leave it at that. But Brand New Ancients, the epic, Homeresque modern mythical poem which won her that award was just a step towards this, her first headliner tour of the Mercury nominated hip-hop concept album, Everybody Down.

Manchester’s Deaf Institute, with its “what the hell is that meant to be?” mock flock wallpaper serves well as the Greek amphitheatre for commoners where this modern myth/parable of Becky, Harry, Miriam and Pete will be played out. Backing musicians who include Dan Carey, producer on Everybody down, build an electronic overture that leads into the opening track of Marshall Law, and there she is, on stage,  the gentle storm that is Kate Tempest. There can’t be that many people in the world who you don’t know personally that can walk into a room or onto a stage and just by their physical presence alone make that room a better place to be in. Kate Tempest is one of those people.

Running through the album in ‘chapter’ order, by the time we get to Chicken the rhymes are spellbindingly ferocious. Head down in concentration then up again in exaltation, Tempest beckons the audience closer to the stage. Stepping down from the stage and joining the audience then up again and reaching to the balcony, imploring the audience to join her world. Her world where gods and monsters can be one and the same thing. For Everybody Down is a  story within a world where the tiresome gangsta self-obsession and the cynical braggadocio normally associated with hip-hop and rap is replaced by an extraordinarily literate vernacular of South London linguistic  guile and dexterity.

Throughout her work, Tempest has a recurring theme of gods and monsters. She understands the difference between them and the fact they can sometimes be the same thing and tonight she represents them live on stage as thrillingly as she does in a studio. In Everybody Down the gods can have feet of clay as much as the monsters can have hearts of gold. In her echoing and mimicking the characters she writes and raps about, Kate Tempest can hold the stage and the audience as well any of her contemporaries from either side of the Atlantic. It’s not for nothing that Chuck D described her in a single word – “Wow!”.

If the full on album sounds a bit too much to take in one go, try the third single taken from it, Circles, as a taster. You won’t be disappointed.

Unsurprisingly, this tour has sold out and an additional date has been added for February 12 2015 at Gorilla in Manchester. Get down there. Get Everybody Down.

Note: A very special mention has to go to support act Thick Richard, who deserves a fuller review in his own right. Spend a few minutes on YouTube checking out God Hates Stockport and Scum Of The Earth and you’ll see why. To say he is the natural ‘Dauphin de Cooper-Clarke’ would be something, well, something he should expect to hear a lot more often in the future. I’ve seen him three times now. The first time I was going to tell people how good he was but I couldn’t remember his name. I was drunk. The second time was when he was out with a bunch of comedians and I was tending bar at Kraak. The bunch of comedians weren’t very funny, he was. I remembered his name that time but then got drunk and forgot it again. I won’t forget it this time and nor should anyone that’s seen him perform. Can someone remind me when he’s on again? Ta.

You can find Kate online at her website: katetempest.co.uk. She’s also on Facebook and she tweets as @KateTempest.

Circles, the third single from the album Everybody Down, is out now on Big Dada.

All words by Robert Pegg. More from Robert can be found at his Louder Than War Author Archive.