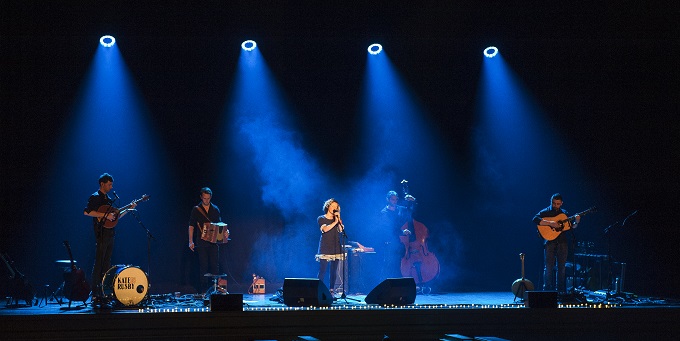 With the new album – Poets, Philosophers & Kings – set for release the following day, Kate Rusby and her crew arrived in Stockport in an excitable mood.

Not for the first time, Stockport’s rather plush Plaza, complete with the organ in the orchestra pit, is playing host to this artist and her band who exude quality and elegance. There’s an element of having seen Kate enough times now to take it for granted,  but there’s always something that freshens things up and makes a mark in the memory bank and keeps the faithful coming back for more. 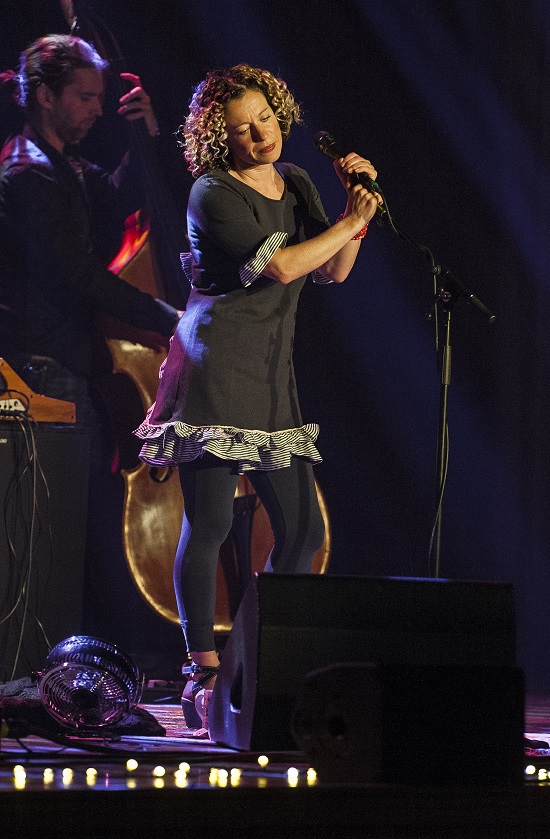 Steeped in folk and social singing and into a third decade of treading the boards, Kate Rusby in 2019 has moved with the times. A sign of the times is the moog that sits by Duncan Lyall’s right hand and the fact that there are occasions when she is flanked by two electric guitars (albeit one of them the resonating tenor of Damien O’Kane) like a folk Thin Lizzy or Wishbone Ash. The sound of folk music a la Rusby is on the change, yet whether backed by tenor guitars or banjo or, not that we’ve progressed that far yet, black or doom metal, it’s still the voice that hypnotises.

As anticipated, a clutch of new songs are at the core of the set, including the Kate & Damien duet on Oasis’ Don’t Go Away that’s graced Jo Whiley’s show and has maybe opened up a few doors for interpreting contemporary songs as opposed to the traditional. Then there’s the one about Jenny, the underdog racing horse who comes good, which could be the one that takes over from Big Brave Bill (even on the merch table…) as the latest South Yorkshire hero. Without having had time for the new songs to sink in yet, Until Morning seems to be one that rises to the top along with the Farmer’s Toast and the title track, both of which fit the bill of celebrating taking a drink or two.

The band – aka ‘the boys’ – get their usual second-half chance to cut a rug or two on a set of tunes, Damien O’Kane’s Guiseppe bringing things to a reeling if not quite rocking close. With a couple of golden oldies peppering the set – The Lark and Fairest Of All Yarrow complete with a seamless segue into the aptly named Yazz’s The Only Way Is Up (perhaps another one of those cover versions that needs to be Rusbified) the ‘worth the ticket price on its own’ moment had to be Bitter Boy. You’ll have to see the show to understand the emotional impact, but with the moog again playing a part with the grand chords lifting the song into a hymnal territory, you can understand why more than a few eyes might have moistened.  Check YouTube for the Celtic colours version and have a tissue handy. 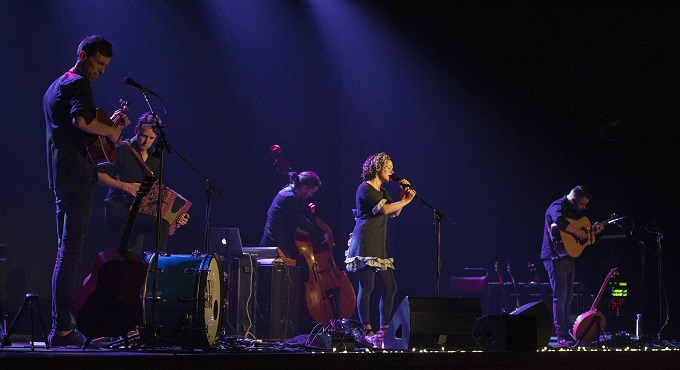