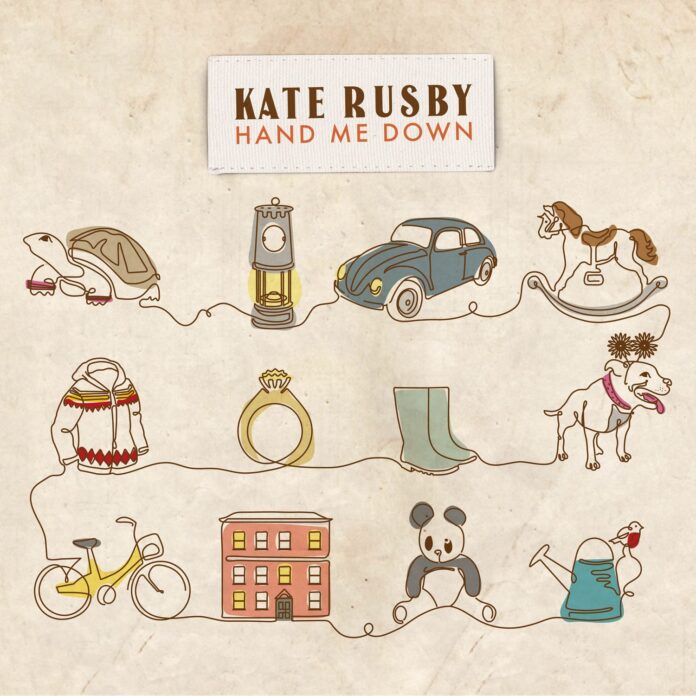 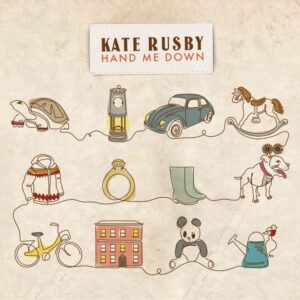 Yorkshire folkie Kate Rusby moves away from tradition with a lockdown album of stripped-back pop and rock from her childhood and beyond. Yet it’s still folk music at heart, says Tim Cooper.

At first glance, the idea of classic ‘pop’ songs being reinterpreted by one of Britain’s leading folk singers seems like a bit of a novelty. Like an album of reggae versions of popular tunes, or bossa nova interpretations; or a ‘humorous’ gimmick like Hayseed Dixie or Nouvelle Vague with their bluegrass and lounge covers.

But the more you think about it – and the more you listen to it – the more it makes sense. As its title suggests, Hand Me Down is the very essence of folk music – songs handed down from generation to generation. “As a folk singer, it’s what I do: reinterpret existing songs,” explains Rusby. “The only difference is that usually the songs are much older.”

For those that don’t know her, Rusby is a Yorkshire lass who’s been at the forefront of folk music for 25 years. That’s proper folk music in the traditional, old-fashioned, fingers-in-the-ear, pewter-tankards-of-real-ale sense; not the winsome-girl-with-an-acoustic-guitar indie-folk of Laura Marling. (Not that there’s anything wrong with Laura: we’re just talking about a different genre).

Rusby’s voice is as pure as the streams that run through the dales around the old stone farmhouse she shares with her husband and two children on the edge of the Peak District near Barnsley, and as warm as the French stove that heats their home studio. You almost feel as if you’re there with Kate and her husband, fellow folkie Damien O’Kane, and their two daughters who were ever present during the recording: all gathered around the fireside with drink in hand, perhaps a dog lying in front of the fire, singing old favourites as the rain lashes down on the dales outside the window.

The home-recording set-up is echoed in the intimacy Rusby brings to these familiar songs by Prince and Paul Young, The Cure and Bob Marley, Cyndi Lauper and Taylor Swift. The album was recorded in lockdown at their home studio, with O’Kane playing the instruments and Rusby singing, aided occasionally by Daisy Delia, 10, and Phoebe Summer, 8, mingling home schooling with occasional backing vocals.

One of its chief pleasures is hearing such familiar songs given a different accent (literally) by Rusby’s strong Yorkshire inflexion; even when little has been changed, as on the opening Manic Monday – the song Prince wrote for The Bangles in 1986, when Rusby was 12 – apart from giving the song a light acoustic arrangement… and the addition of the children’s vocals. The video, featuring both of them, would soften the hardest heart:

Over the course of her career, which included a Mercury Music Prize nomination in 1999, Rusby has shown herself to be equally at home on traditional material and her own self-penned songs. Inhabiting a lyric with unforced conviction, no matter how old or how modern, she has that rare ability to transport listeners, touching them emotionally and making each tune live vividly within their experience and imagination.

This covers album started life when she was rehearsing for the Jo Whiley Show on Radio 2, where guests are invited to pick a cover version to play alongside their own songs. Her choice then was Don’t Go Away by Oasis, which appeared on Rusby’s last album, Philosophers, Poets And Kings, leading to requests from fans to try her hand at more pop covers. On a subsequent visit she selected another of her favourites, Friday I’m In Love by The Cure, which is included here (again with her children accompanying her).

“After that it dawned on me that not just the very old songs are handed down through the generations, but also favourite songs of any age, of any generation,” she says. “Songs are precious for many different reasons.”

The ones covered here, all with a special resonance for Rusby, include Everglow, a typically haunting ballad from one of her favourite bands, Coldplay (from their 2016 album A Head Full Of Dreams) and an old Kinks song by Ray Davies called Days, remembered through Kirsty MacColl’s cover version as the soundtrack of a festival-going summer in 1988, when Kate was just 15.

Other songs from her teenage years include Lyle Lovett’s 1987 song If I Had A Boat, again remembered via a cover version: in this case Barnsley folk singer Dave Burland (when Kate was listening through headphones at the Barnsley Folk Festival, where her sound engineer father was on the mixing desk), and True Colours by Cyndi Lauper: “Ever since I first heard it at the age of 12 it has never left my brain.”

Some are drawn from even further back: Carolina In My Mind, the oldest song here (originally recorded by James Taylor on his 1968 debut album), and one perfectly suited to its acoustic arrangement here, is a nod to her parents, from whom she inherited a passion for his music. Likewise, Maybe Tomorrow is the soundtrack of her own favourite childhood television show, The Littlest Hobo, while The Show is the theme song of Connie, written by Willy Russell, the playwright and songwriter who is a lifelong family friend of her parents – and on whose red Guild guitar she learned her first chords as a small child.

A folky-but-funky adaptation of Paul Young’s Love Of The Common People is another nod to her childhood, and a song whose lyrics reflect her own upbringing: “Money was pretty lean when we were growing up,” she remembers. “Free school meals and uniforms – but a brilliant privileged childhood in a house full of love, music and fun.”

The album comes right up to date (almost) with a song that may mean more to her daughters than herself: Taylor Swift’s 2014 banger Shake It Off. Rusby describes Swift as “a brilliant role model for daughters everywhere – tough, talented, gorgeous, smart” and says she “danced the floorboards bare” to that song on her 10th wedding anniversary; hence its inclusion here: “I hope she likes banjos,” she adds.

Rusby’s mournful take on The Cure’s Friday I’m In Love reflects not only her love of the band, but her passion for “singing our heads off” to it while on tour with her own band. The album winds to a close with Bob Marley’s Three Little Birds, which has an even more topical significance to her. “On Mothers Day 2020, just prior to lockdown, we made beaks and wings and knocked on my mum’s door,” she explains. “When she opened it we sang this song to her. Ever since then it’s the first song played in our house every morning… Bob Marley has brought sunshine into our house every day.”

5. Maybe Tomorrow (from The Littlest Hobo, performed by Terry Bush)

6. The Show (written by Willy Russell, performed by Rebecca Storm)

7. Shake It Off (Taylor Swift)

9. Carolina On My Mind (James Taylor)

Hand Me Down is released by Pure Records digitally and on CD on 14 August (PRCD64) with vinyl to follow in November 2020.