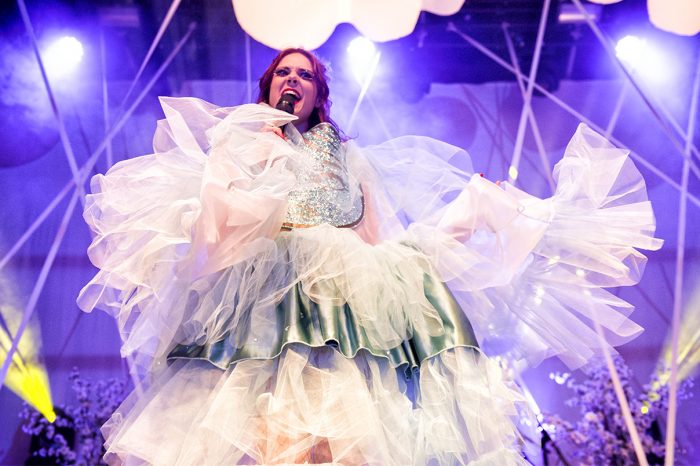 Celebrating the 10 year anniversary of her debut album ‘Made of Bricks’, Kate Nash went back to her roots and did what she does best. In a fairly politically charged show that touched on social issues from the recent (abysmal) election, to the importance of ending the stigma surrounding mental health, Kate Nash delivered a blistering set to a sold out crowd at Manchester’s O2 Ritz. Abi Small reports back for Louder Than War, with photographs by Melanie Smith.

It’s been a decade since Kate Nash first burst onto the UK music scene and shocked us all out of submission with her own lewd, crude and compelling brand of mockney kitsch-pop. A self-made musician who is still intent on retaining her own independence as an artist, the fiery wordsmith knocked Paul Potts off the top of the charts in 2007 with her debut album ‘Made of Bricks’, initiating a mass act of defiance against the cult of Cowell puppets. It was this sense of defiance and the utter attitude associated with Kate’s music that appealed to listeners, and with a tracklist consisting of tongue-in-cheek tunes such as ‘dickhead’ and ‘shit song’, its easy to see why people found ‘Made of Bricks’ so endearing against a backdrop of distinctly beige television popstars. 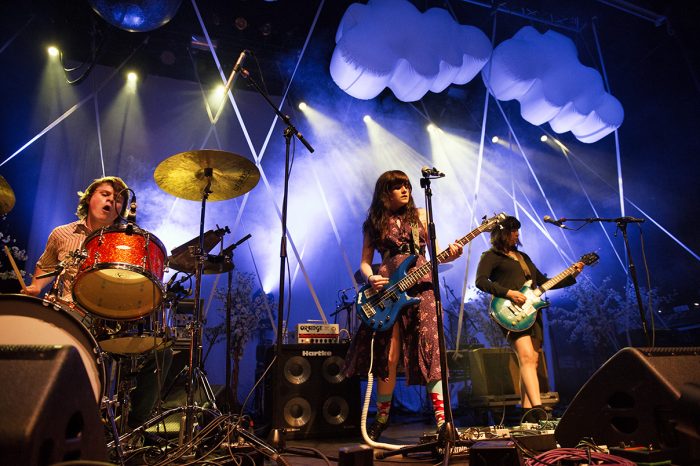 As I arrived at the Ritz, supporting act Skating Polly were mid-way through a raucous set that I was glad to have caught up with. Hailing from Oklahoma, the fiery 3-piece consisting of siblings Kelli and Kurtis Mayo and their stepsister Peyton Bighorse, churned out fuzzy Riot Grrrl anthems that radiated punk spirit. Before the end of their set, the band were joined onstage by their biggest fan Kate Nash for a rendition of ‘A Little Late’. Wearing a phenomenal pink princess gown with exaggerated puff-sleeves, Kate resembled Glinda the Good Witch in both her look and attitude as she gushed over the band, declaring ‘A Little Late’ as ‘The best song in the world!’. Kate has championed the trio’s music for years, and sharing lead vocals with Kelli on one of the band’s own songs was a touching moment which showed the artists’ true admiration for one another as independent female musicians.

Returning to the stage for her own set, Kate tentatively sat at the piano and then launched into a teaser of her most popular song and crowd favourite ‘Foundations’ which set the Ritz alight. Backed by a phenomenally talented all-girl band that kept up the momentum as Kate dashed offstage mid-song for a costume change, Foundations turned into a mass sing-a-long as the crowd dutifully concluded a word-perfect (and pretty note-perfect) rendition of the song in her absence. 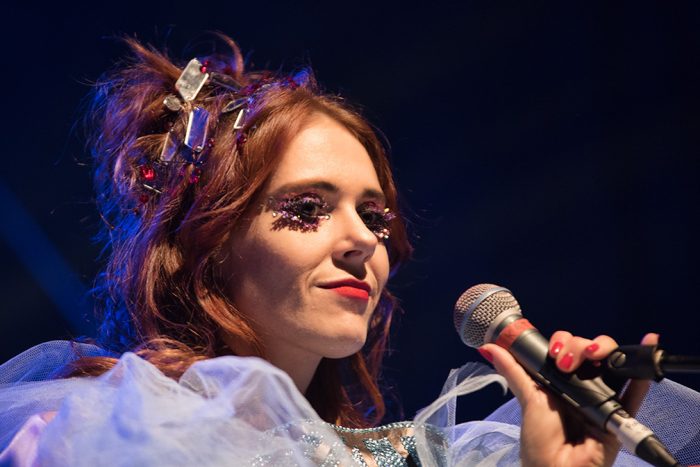 Looking around, the majority of the audience were young women and men for whom ‘Made of Bricks’ had been a hallmark of their adolescence, and the nostalgia was tangible as the whole room united to sing one of the defining tracks of their collective youth. This set the bar for the rest of the evening, and as Kate returned to the stage dressed in a fishnet/silver/mesh combo bodysuit that oozed attitude, she was greeted with prolonged cheers and applause, which, in a rare turn of events, made it impossible for her to get a word for her to get a word in edgeways. After a frenzied rendition of ‘Mouthwash’, Kate launched into the ever-cathartic ‘Dickhead’, prompting the crowd to give our strong and stable leader the collective middle-finger as she sang ‘Why you being a dickhead for? THERESA MAY! You’re just fucking up situations’. Obviously, this gave-way to a crowd-led ‘Ohhhh Jeremy Corbyn’ chant, to which the whole band joined in later in the show. 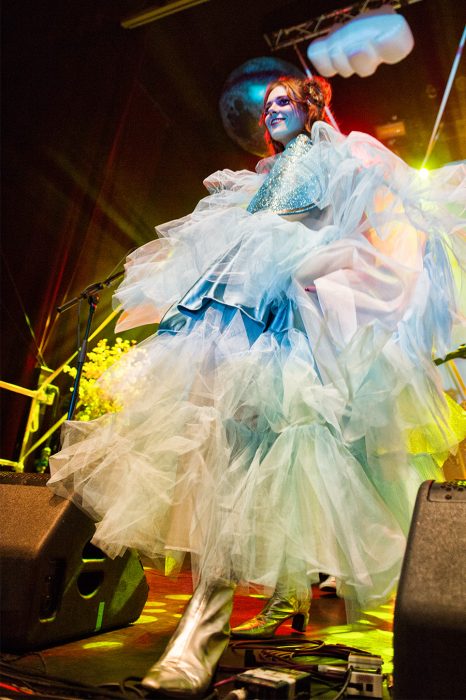 Goading the raucous crowd, Kate tells us that its time for a sing-a-long as ‘you’ve been a bit timid so far, haven’t you Manchester!’, before dimming the stage-lights and performing fan-favourite ‘Birds’. I’m trying and failing to be selective with this review, but it’s impossible to highlight individual moments as the whole gig was so brilliantly brash from start to finish. The show was a celebration of individuality, from Kate’s bizarre and beautiful stage-outfits, to her shout out ‘to all the weirdos!’ before Mariella.

In-between songs, Kate spoke on various topics and shared her admiration not only for the city, but also the fans who have allowed her to retain her independence as an artist, and the women around her who have contributed to her art in some way. Praising her backing band, Skating Polly and even a woman in the front row who created one of her dresses, Kate knows that she is where she is because of the strong-willed, like-minded women who surround her. Before the end of the main set, we are treated to a full-version of ‘Foundations’ with Kate taking the lead this time. Her parting message to the girls that have grown up listening to her music is one of independence- you can make yourself happy.

Despite the 10 years that have passed since ‘Made of Bricks’ made its debut, Kate Nash hasn’t changed a bit- if anything, she is even more fiercely original, explosive and dedicated to fighting bullshit than ever before.