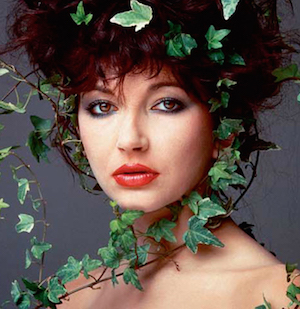 Kate Bush has posted a message on her website today asking fans not to film her comeback shows which start next Tuesday at The Hammersmith Apollo.

In a move that is sure to divide opinion, the enigmatic vocalist asks:

“I have a request for all of you who are coming to the shows. We have purposefully chosen an intimate theatre setting rather than a large venue or stadium. It would mean a great deal to me if you would please refrain from taking photos or filming during the shows.

“I very much want to have contact with you as an audience, not with iPhones, iPads or cameras. I know it’s a lot to ask but it would allow us to all share in the experience together.”

No doubt many will support Kate in this stance as there is a feeling that these devices are becoming too intrusive and that they’re robbing live shows of their ‘special’ feel. Equally, others will respond that social media and sharing, along with personal mementoes of shows are an essential part of the live scene that she is returning to. Let’s just hope it doesn’t descend into over-intrusive and heavy-handed security measures in the venue.

The message from Kate Bush also states that preparations for the Before the Dawn shows  are “going very well indeed”.

Next Tuesday promises to be an interesting evening and Louder Than War will there to bring you all the news.