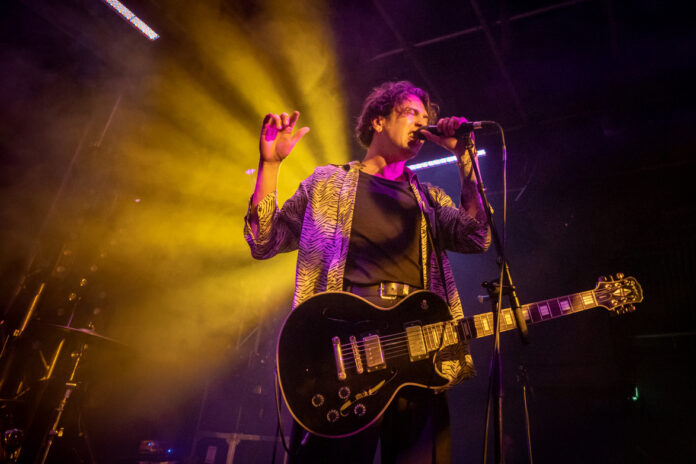 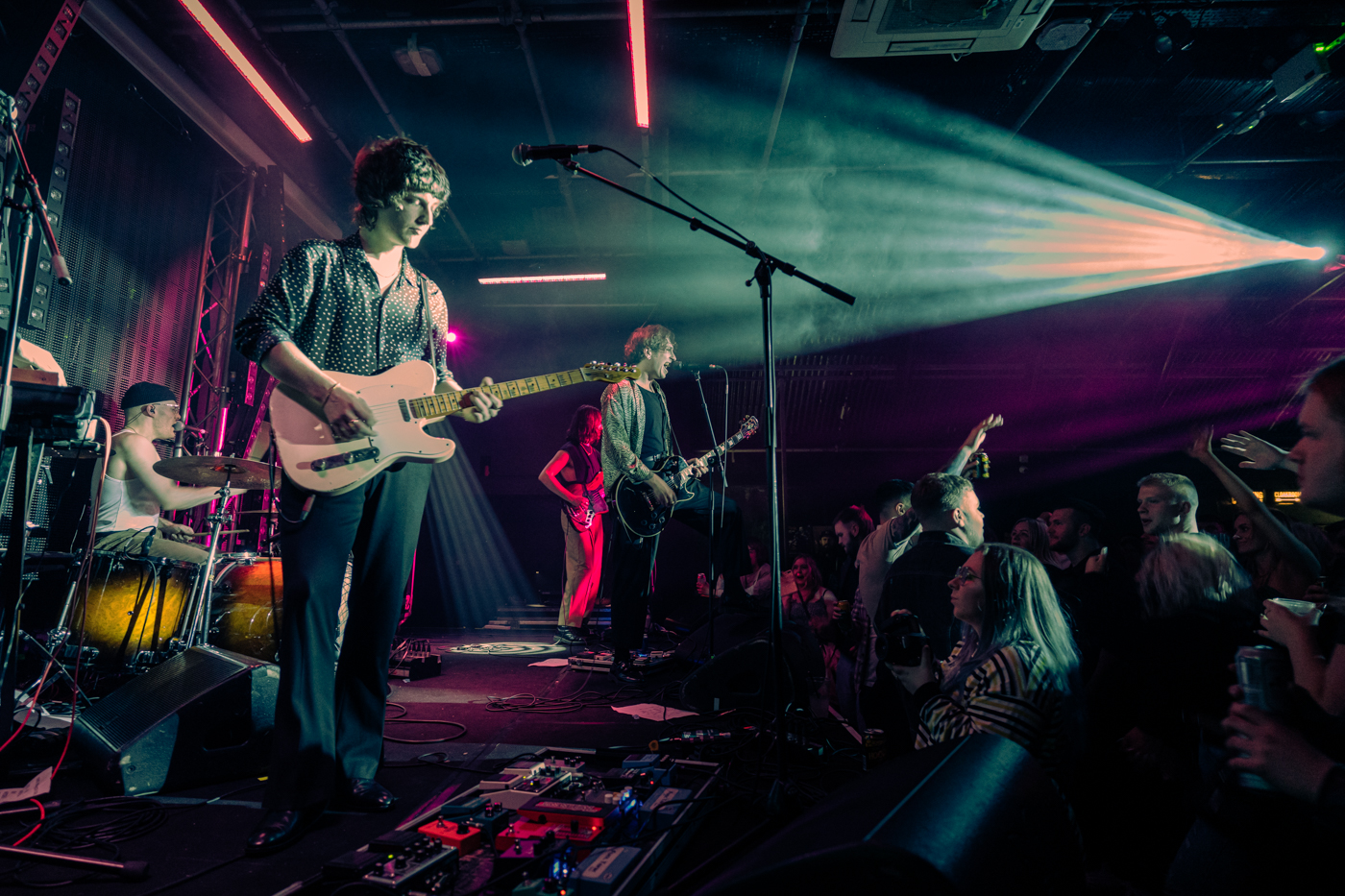 Louder Than War photographer Kenny Brown captured Kashmere on the Manchester leg of their UK tour.

It’s been an absolute age since I’ve been to Gorilla, and that was before the global pandemic. The venue seems a whole lot smaller than I remember, but then I’ve got older, so maybe it’s just that. In that time some changes have taken place, nothing major, but the distinct backstage wall which was covered in an assortment of old electrical boxes is gone, and in its place is some new lighting kit, which is definitely a plus.

It’s 7pm, and there aren’t many people coming through the doors, even though there is a crowd waiting to get in. Turn’s out there’s a small technical glitch, needless to say by 7.15pm everything is sorted and people start to fill the venue. 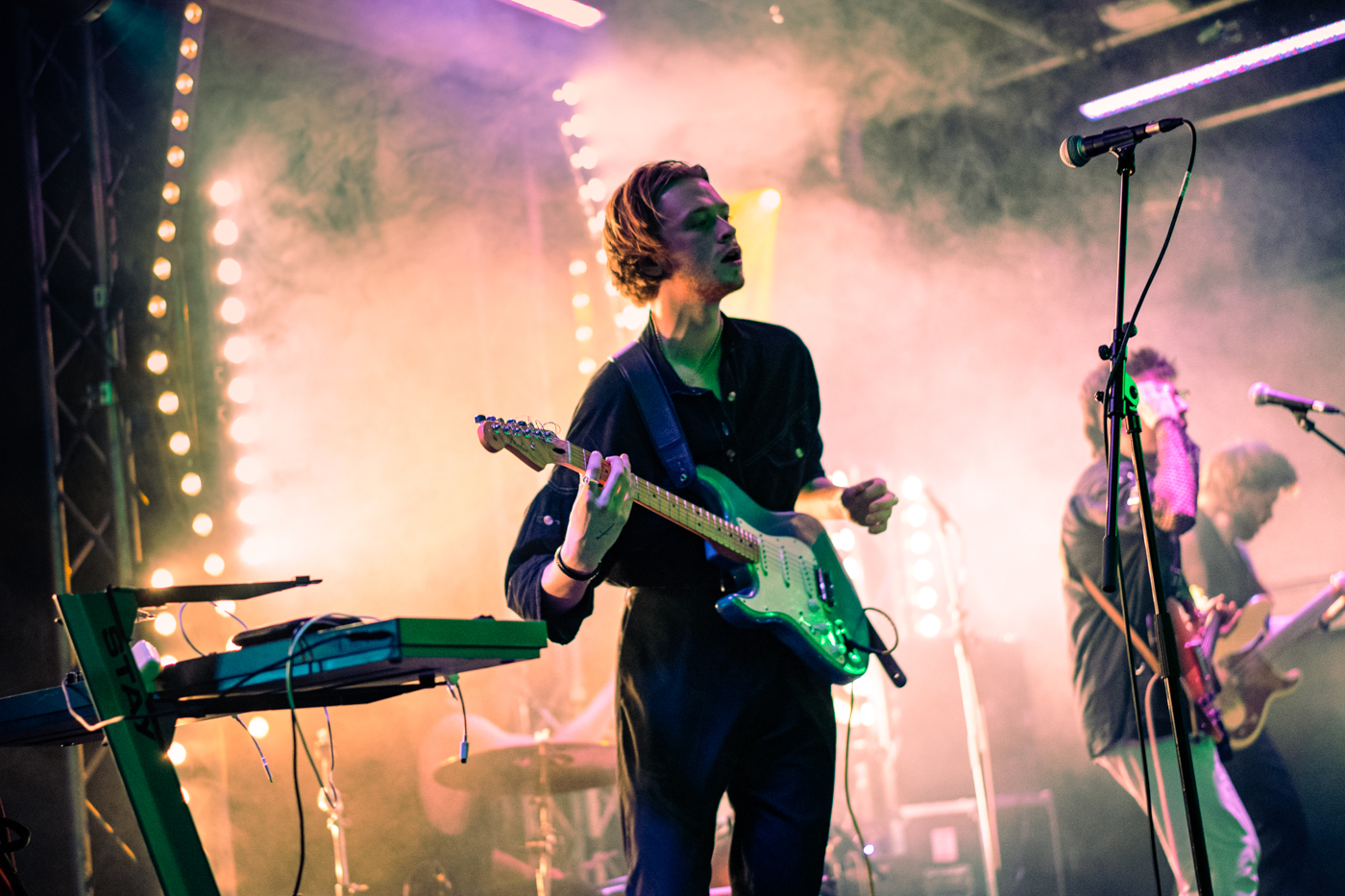 First up in support are Sugarstone are a four-piece, based in Manchester, but with roots in Preston. They’re a hard one to pin down, as they have a fair amount of indie/synth sounds, with a rock edge. Thrown into this is a very distinct ’80s vibe, with a strong new romantic feel, especially on tracks like Another Day Like This. It’s tracks like these and their rapport with the crowd that get things moving, and their final track, Heart Palpations, has a great bit of punk/indie to really get the crowd bouncing with positive energy. 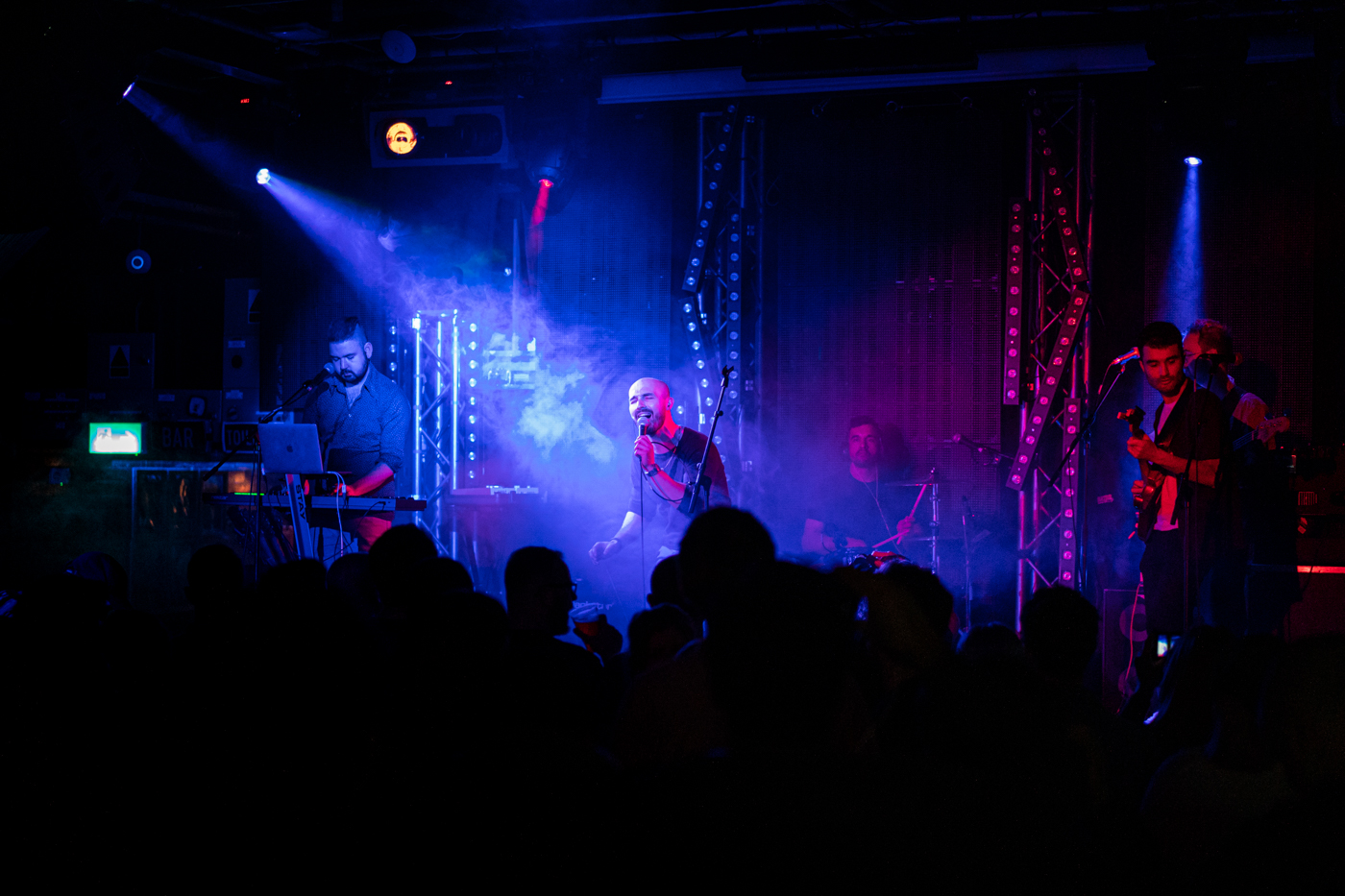 Next up are the main support act, Five Days North, a five-piece. Again, based in Manchester, they have a different sort of energy, a bit more calming but with a sound that is very crisp and clean, both musically and vocally. For me, they have what I’d call an Americana indie vibe, with just a hint of ’80-’90s indie thrown in for good measure. It would be easy to call them somewhat mainstream, but whatever your thoughts, for a band that are playing their first gig back after lockdown, they make a fine account of themselves. With tracks like Champagne Shots and Take me Higher, the crowd continues to show its appreciation. By the time the band reach their final track of Shapeshifters, the room is buzzing.

Fresh from nights in Glasgow and London, Kashmere land back in Manchester, and it feels like a sort of homecoming gig. Like many young bands these days, they have a solid local fan base, and it’s plain to see and feel the energy flow in a sort of back and forth that just feeds the atmosphere within the venue. 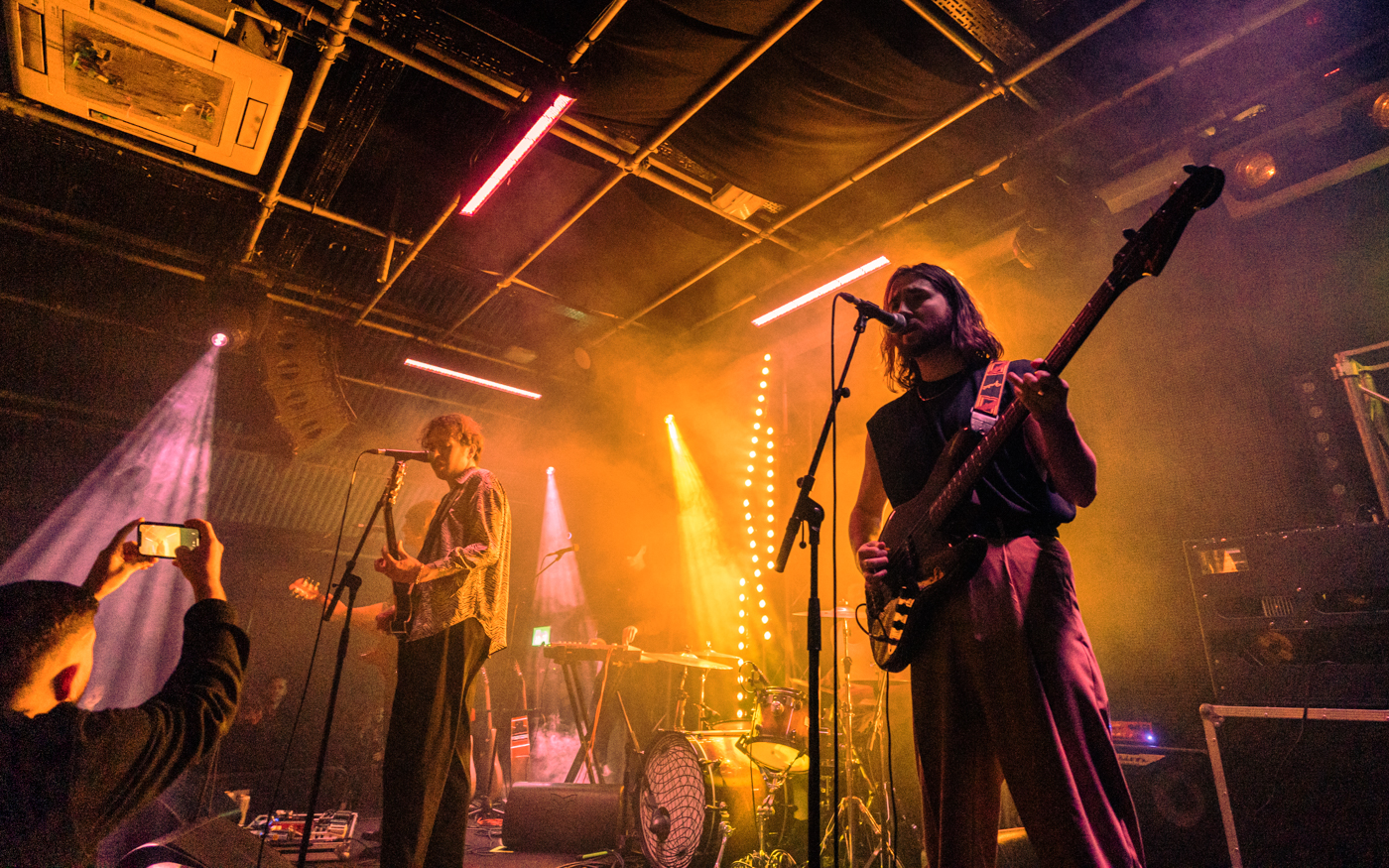 Before you know it, the first 3 songs are gone in a blur, and as frontman Joey Newey, struts his stuff, the crowd just want more. When asked do they want to hear the new song Impossible, there’s frantic cheer, and whilst they don’t know the words, it doesn’t stop the crowd from getting themselves moving.

Unlike other bands from Stockport, Kashmere has a slight edge which is hard to quantify, but there’s definitely something that’s a bit more than mainstream. 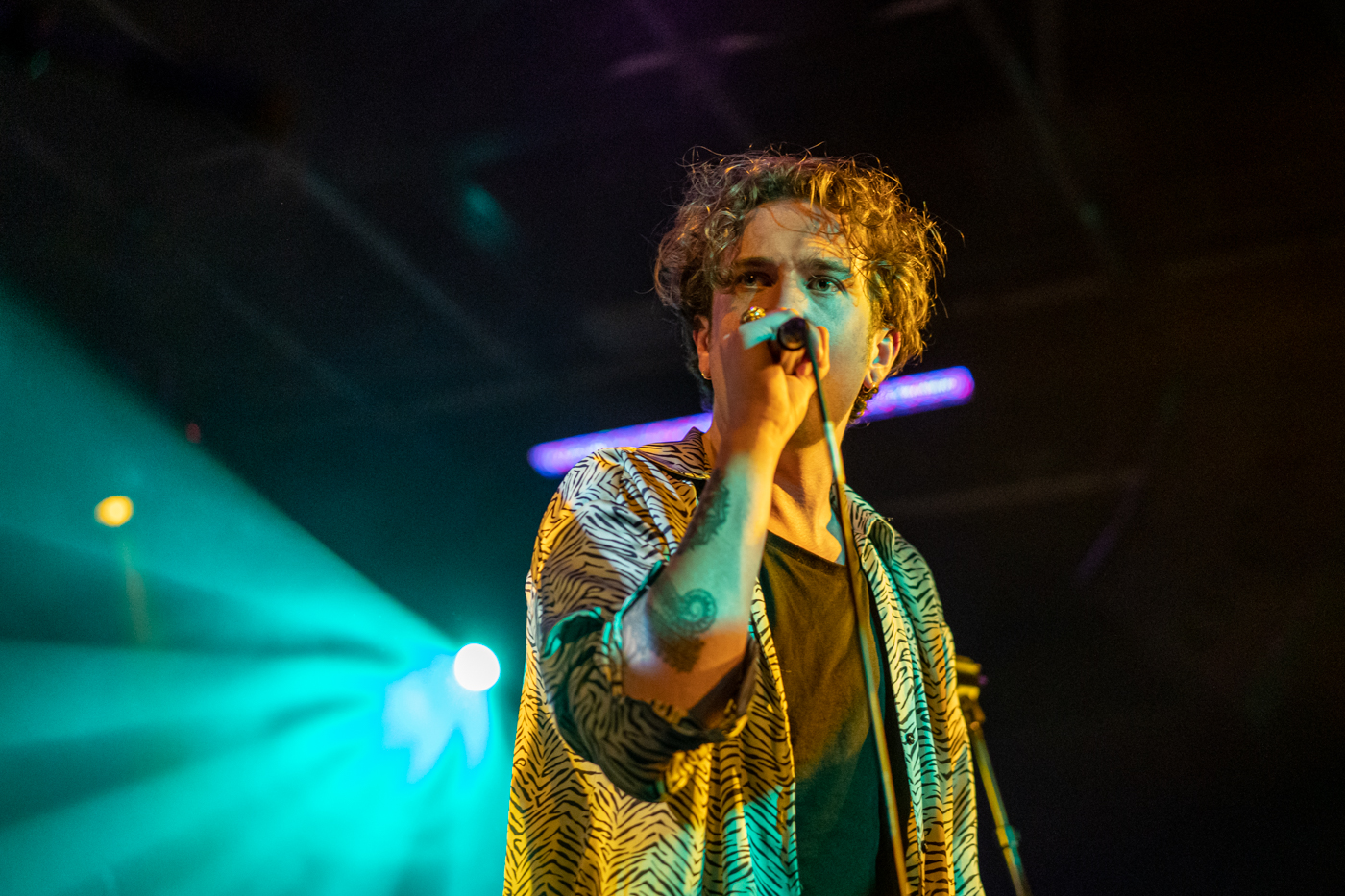 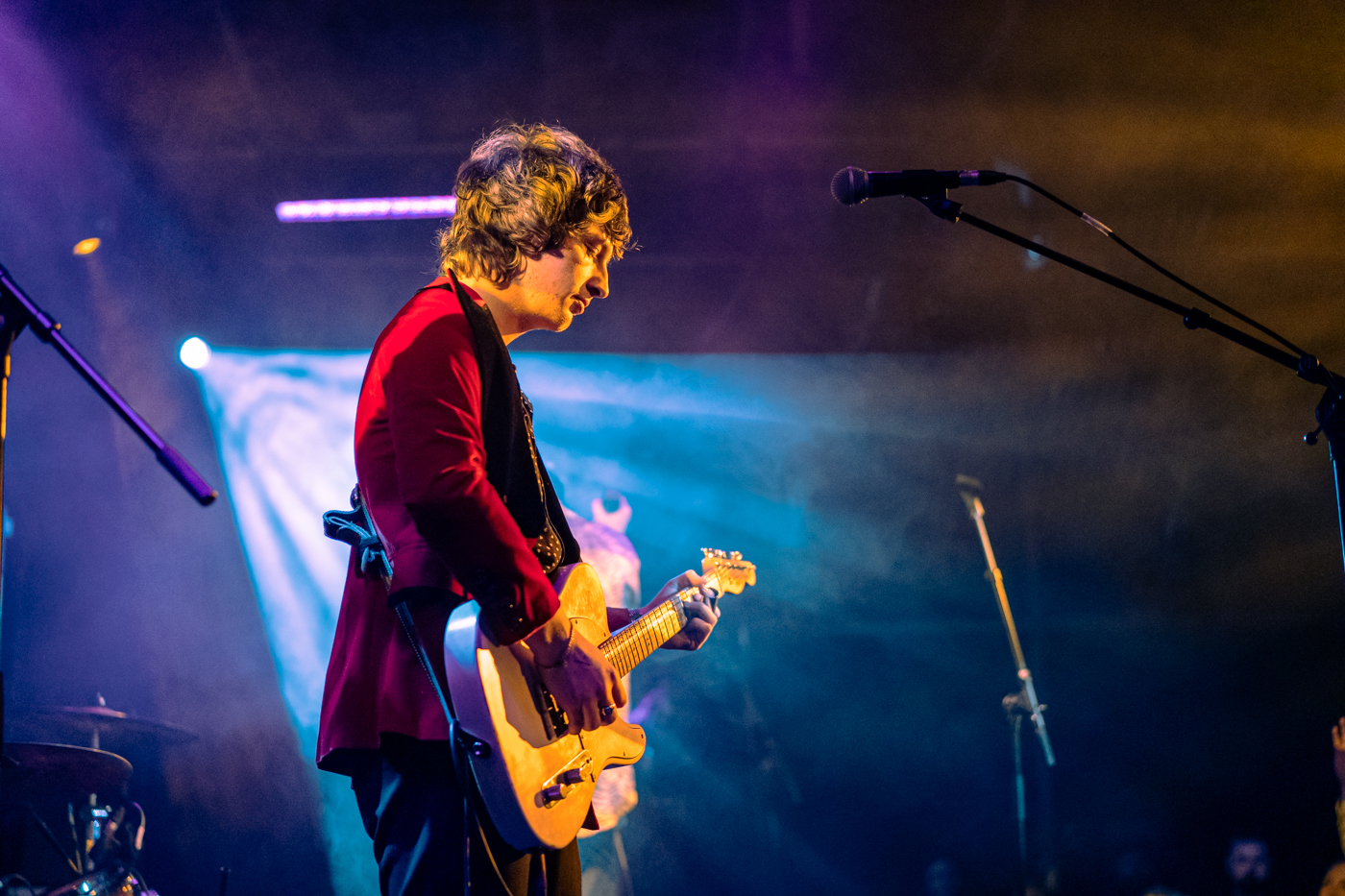 As quickly as they have the crowd reaching for the ceiling, they bring them back to earth with the aptly-named Gravity, a track that allows the band to seduce the room with some soft vocals and gentle musicality. Needless to say, this subdued vibe is gone in an instant as the band move into tracks like Another Planet and the synth-driven Tokyo.

As every good frontman should, Joey Newey is the main connector with the audience, playing the part of both ringleader, and chief instigator. When he asks “does anyone like Happy Mondays”, he receives the desired response with an almighty cheer from the fans, and so begins the bands rendition of the Mondays’ classic, Wrote For luck.

Kashmere continue through their set, and by the time they finish the encore with their electro-indie track Codeine, the crowd are bouncing, cheering, and singing along.

It’s always a bit of an honour to photograph and hear young bands putting themselves out there, especially when they sound and perform as well as they did tonight. If anything, it highlights the need for more support for both up and coming bands and independent venues.