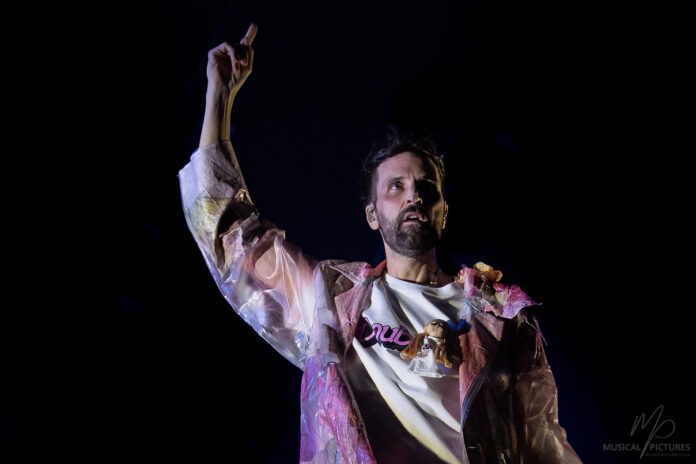 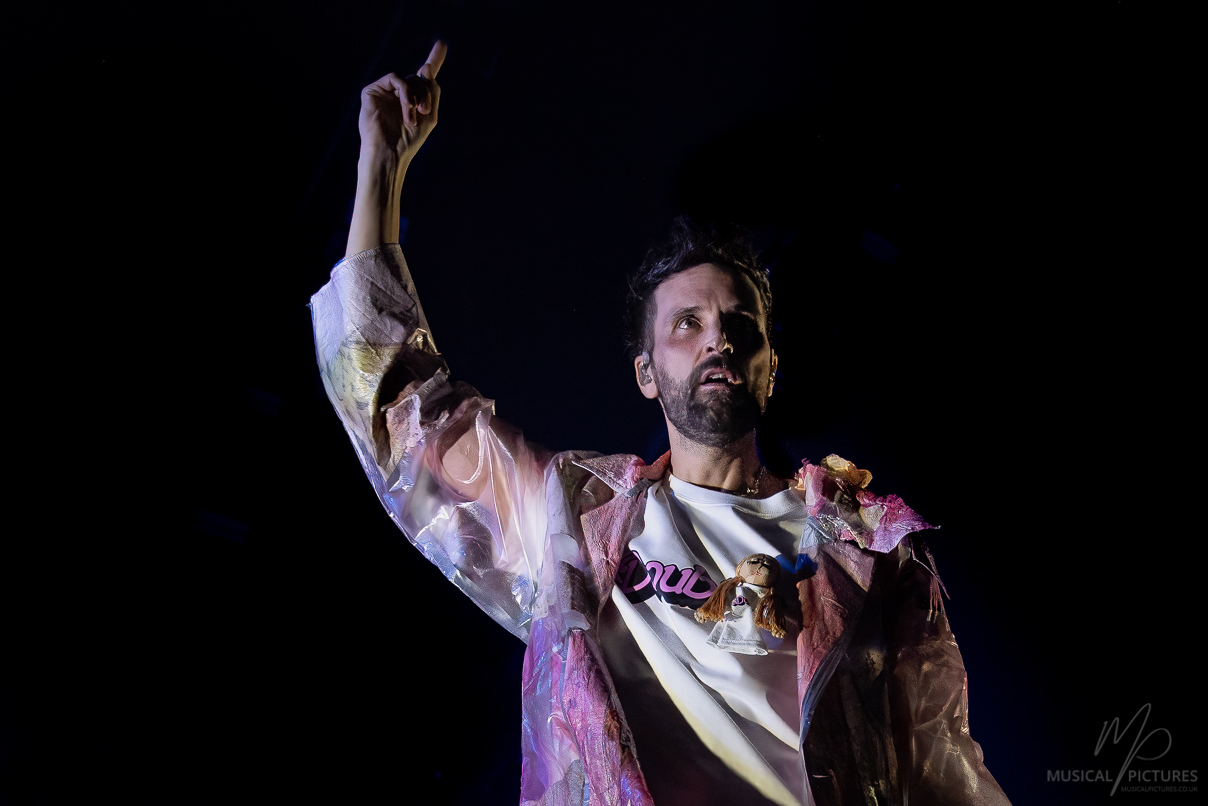 As a rejigged Kasabian, with guitarist Serge Pizzorno promoted to lead singer, return to the stage at Brixton Academy, Nils van der Linden witnesses a band still on top.

Serge Pizzorno was never “just” the guitarist in Kasabian. He wrote most of the songs. He single-handedly produced their last two albums. He increasingly provided lead or co-lead vocals. And, on stage, he was always as dazzling a hype man as a musician. So, when frontman Tom Meighan was convicted of domestic abuse and abruptly left in July 2020, Pizzorno stepped up.

Eighteen months later, as the reconfigured lineup play their first shows, he proves to be so much more than an obvious replacement. He was clearly the only replacement. And, way before pummeling opener Club Foot ends, he replaces any question of “Can he actually pull this off?” with “Why didn’t this happen any sooner?” 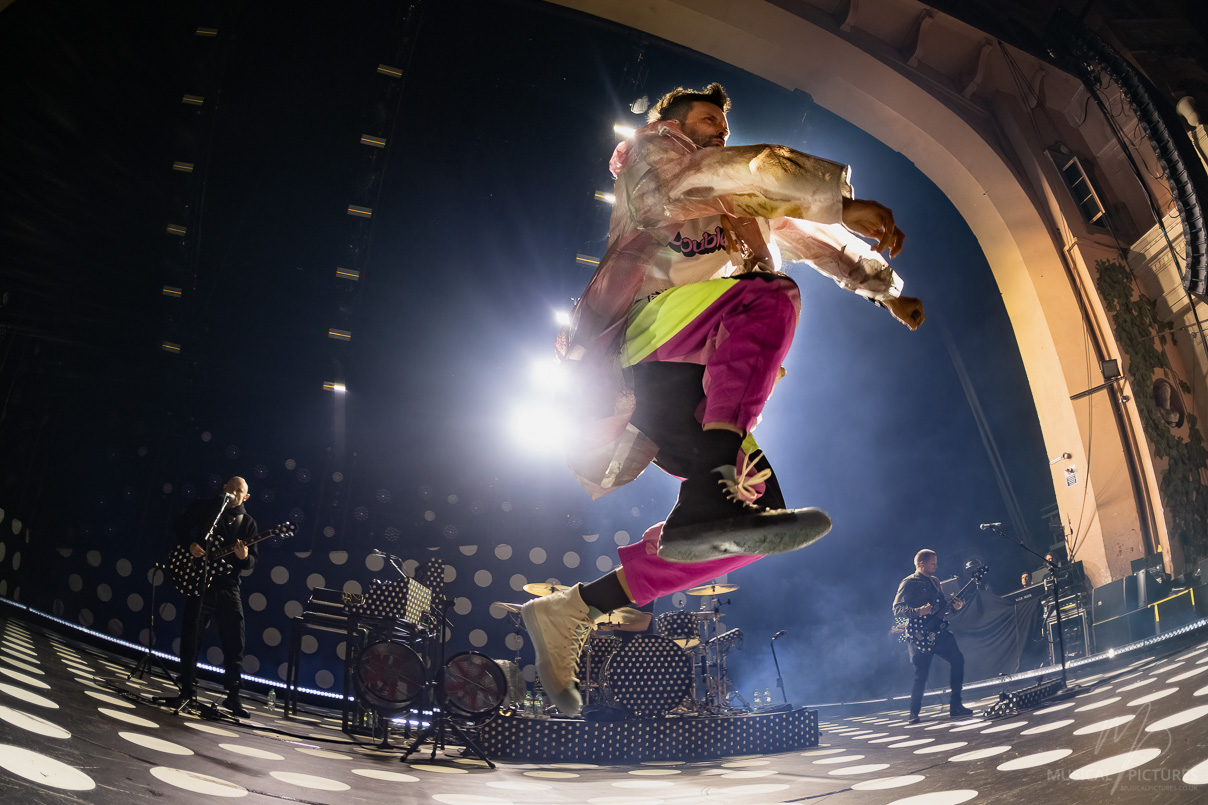 Just listen to the raucous, beer-drenched audience. On the first of two nights at a no-elbow-room Brixton Academy, Pizzorno’s treated not just to underwear flung onto the stage, but some of the loudest cheering, chanting, clapping, and singing this side of Wembley on match day.

The band, for their part, respond by performing as if they’re in a stadium and the new frontman, in particular, seems supercharged by the relentless adulation. Either swaggering across the stage with hip-hop confidence, pogoing on the spot, spinning around (even while playing guitar), or just leaping into the air, he only really stops moving when singing and playing guitar at the same time (like during a slinky You’re In Love With A Psycho).

Even when laying down the intro synth parts of the moody I.D., he keeps grooving on the spot. Even during an extended instrumental that has both guitarist Tim Carter and multi-instrumentalist Robert Harvey hunched over keyboards, when most singers would slip off into the shadows for a quick lager, he keeps channeling Beyonce’s backing dancers. And even when Vlad The Impaler and its pounding bassline kicks in to wrap up the main set after more than an hour of high-energy antics, he throws shapes as if the night’s just begun. 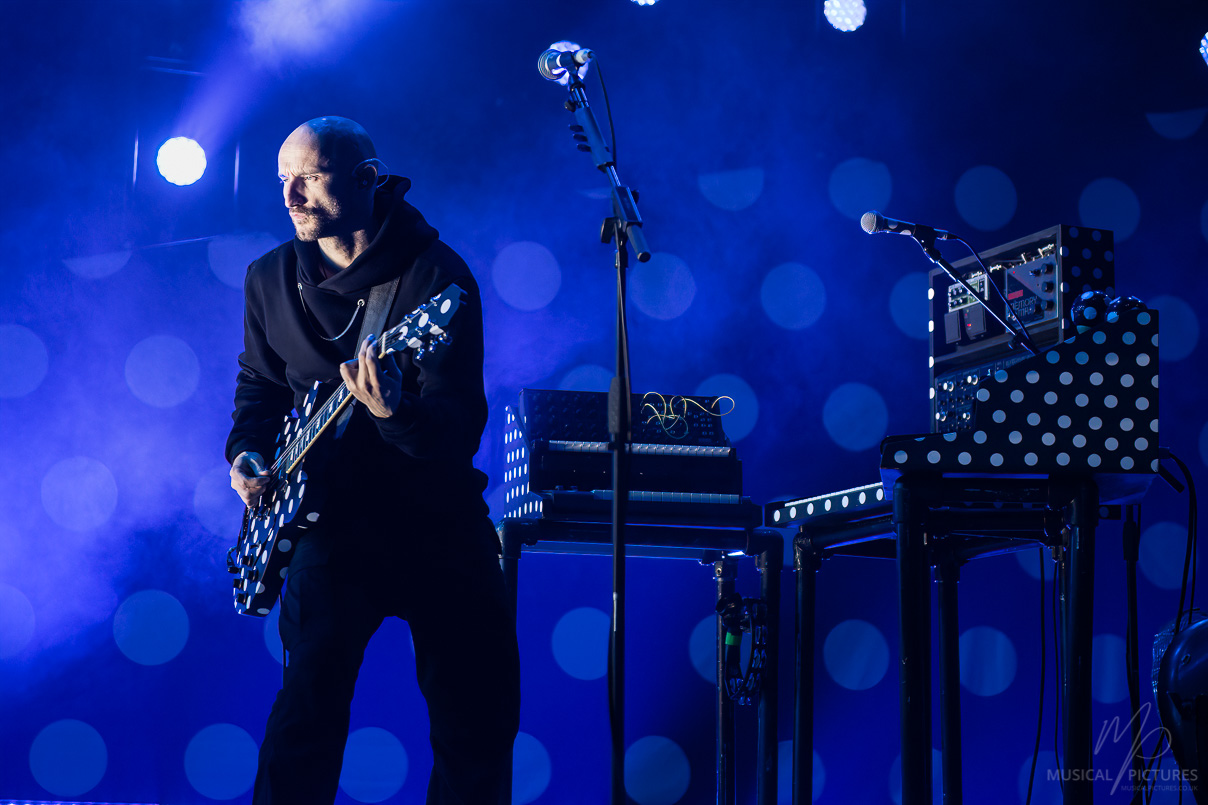 Of course, little of this would be possible without the other musicians on the polka-dotted stage. Newcomer Harvey, The Music’s singer and guitarist, in particular excels; his backing vocals on the riotous Shoot The Runner and brand-new dirty electro groover Alygatyr are real standouts, his contributions giving Pizzorno room to roam, point, pose, and whip up the crowd even more.

Just ahead of the encore, he thanks the audience for their continued support (“We’re only here because of you”), before inciting them to chant “get loose, get loose” as an appetiser for what’s yet to come. That turns out to be a slice of bright indie rock (the gorgeous Bless This Acid House), followed by what can only be described as an all-out celebration.

When the buoyant L.S.F. reaches its finale of repeating “la la la”s, the audience join in for an almost five-minute singalong, keeping the beat with handclaps, as the band drop in and out. 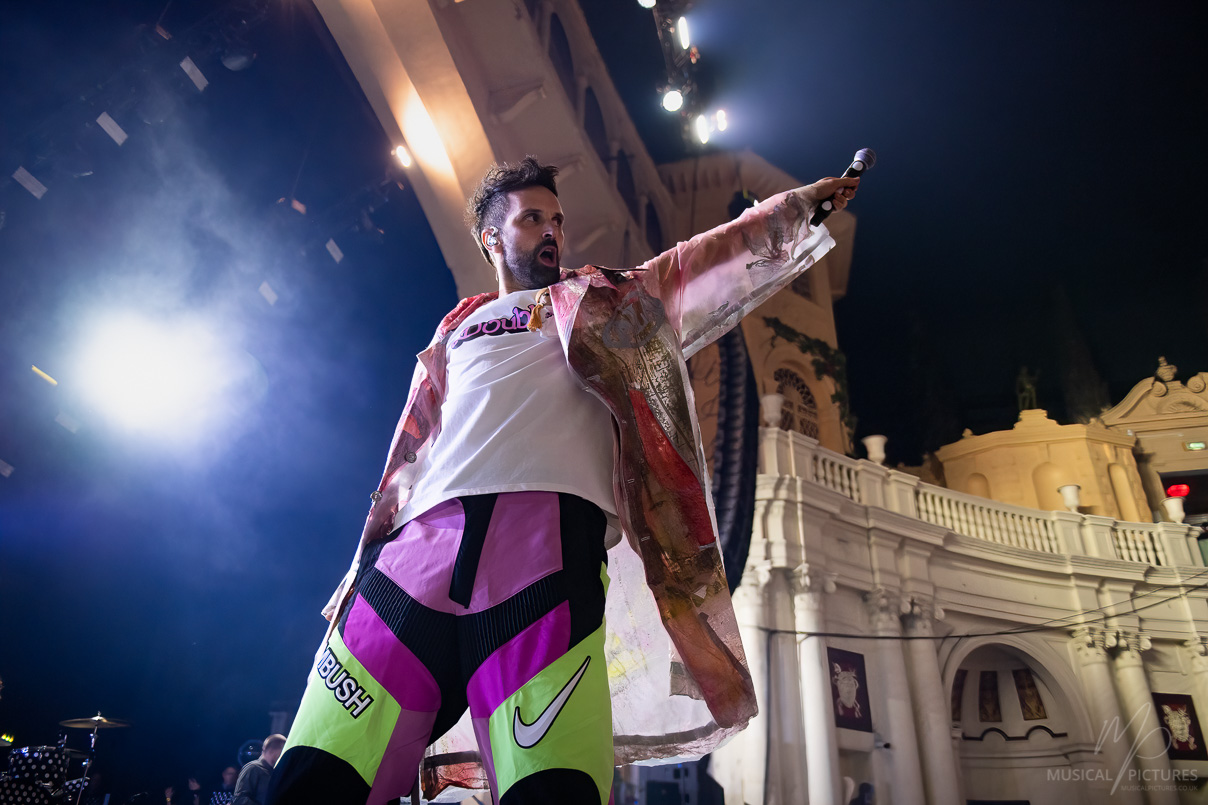 Even more rapturous is the response to Fire, the final song in a sleek 15-strong set, with 5000 bouncing bodies belting out “I’m on fire” as if they actually are. They only die down a little as the rock anthem hits its extended electro interlude and Pizzorno gets everybody to crouch — until the chorus kicks back in, of course.

It’s a better response than even the band could have hoped for and, as the new frontman raises both arms above his head, he looks rightly triumphant. Kasabian, stronger than ever, are here to stay.

Pictures by Simon Reed. Simon’s website Musical Pictures is here and you can visit his author profile for Louder Than War here. He tweets as @musicalpix.