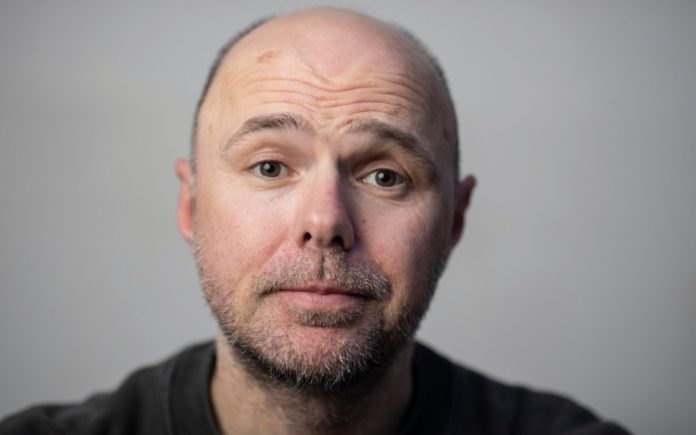 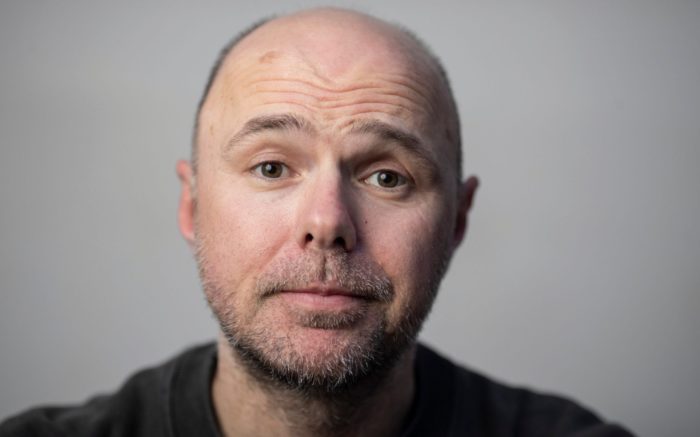 In these uncertain times we need a good laugh to get us through the days of lockdown and miserable news being filtered through constantly. And who better to provide it than the comic views of Karl Pilkington? He’s had me in tears by providing gems like An Idiot Abroad, The Moaning Of Life and the excellent new series Sick Of It. He’s your typical no nonsense bloke in the pub giving you his ordinary tales of ups and downs. He not even trying to be funny yet he comes across as one of my mates who can make you piss yourself telling you about walking his dog. I originally asked him could he provide a top 10 album list. He doesn’t do lists, however he has given me permission to use his thoughts on songs from a radio show he hosted not too long ago. His results are comic reading…

“This is a song that reminds me of working in a Cordon Bleu supermarket. I couldn’t get into Tesco. For some reason they wouldn’t have me. I used to stack the shelves at the time until I got sacked for a couple of reasons. Messing about in the car park, eating a packet of biscuits which were already open. I just thought oh well I might as well have one, give me some energy to stack the shelves quicker. They didn’t see it that way. Sign Of The Times was one of the eight songs on loop over the tannoy system, along with Bruce Springsteen – Born To Run, which at the time I was sick of em, couldn’t be doing with em. But now I can appreciate them without worrying about the shelves running out of beans”

“This is a song about a bloke who dies who runs a farm which is not a business people talk about much any more. You don’t hear kids in school nowadays running around saying “I wanna be a farmer”. They all wanna be on X Factor now or Big Brother. It weird really because when I went round to a mates house who’s got a couple of kids, I thought I’d read some of the books they were reading, just to see what kids are into these days. And they had the Old McDonald Had A Farm book, so I thought I’d give it a read as I’d not read it for years, to see if I’d enjoy it. I enjoyed it until I got to the end where Old Mcdonald’s farm wasn’t doing much business anymore, sort of a credit crunch type problem, and he ends up selling the farm land and opening up a caravan park. So that’s the new version. He’s got a caravan park. Weird isn’t it?

“It’s the original which he’s updated and turned into a love story I suppose. I don’t know if that’s right or wrong. I don’t know whether kids nursery rhymes should be messed about with and updated. It’s like singing about Humpty Dumpty having a weight problem. Like taking it to another level. But I like it.

“Ian Curtis lived just around the corner from where my girlfriend grew up in Macclesfield. I think it’s a bit grim, like it’s never really moved on, quite old fashioned. Something that hit me when I first went there was fat cats. There’s loads of fat cats there. The fattest I’ve ever seen. For an animal that’s normally pretty energetic, you know they jump around from trees onto walls and get chased by dogs and all that. The cats in Macclesfield they just lie there. They’re like those rugs you can get with a bears head on them. They just lie blocking up the whole pavement. You have to walk round them. They just sit outside the chippy eating food that people chuck to em. I don’t even think they eat the healthy bit of the fish anymore, they just eat the batter. They want sausage and chips. You’ve got cats with heart problems in Macclesfield. Yeah, so if you’re ever passing the area, don’t stop”.

“I see Terry Hall on the train whenever I’m coming back to Manchester. To the point where if I didn’t know any better I’d think he worked for Virgin Trains. I think he goes back to watch Man United play. I always remember one time he was on there, he walked past me with his hot cup of tea which you can get, and a bag of crisps, and some women who were sat behind me said “Oh, isn’t that the bloke out of The Specials?” And the other woman said “Yeah I think it is. Doesn’t he look miserable?” And I thought, what do you expect? He’s Terry Hall. He’s not one for being full of beans is he? If it was Timmy Mallett who looked like that and they said ooh Timmy Mallet looked miserable that’d be fine, but it’s Terry Hall with a cup of tea and a bag of crisps on a train. But I like him.

I’d like to point out that this is the mind of Karl Pilkington at work here, so if you’re from Macclesfield or a fan of Terry Hall, please take it with a pinch of salt! Part Two coming soon!