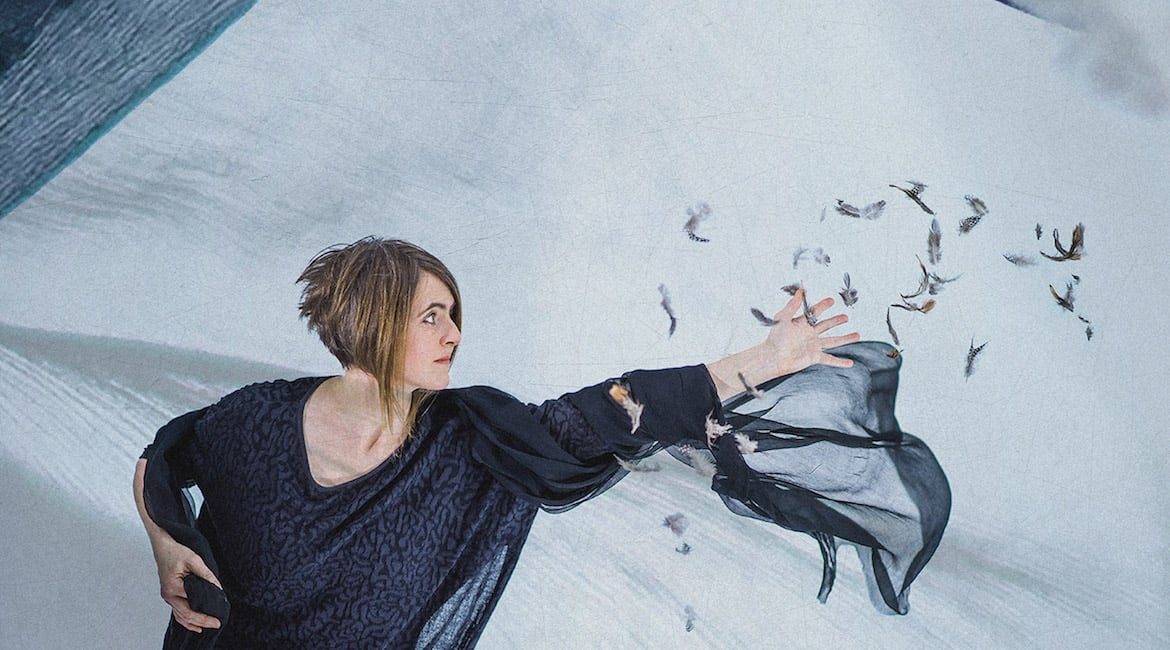 Already having had the major thumbs up from several of the broadsheets which of course are  great for PR, we check out the newie from the 2018 Folk Singer Of The Year.

The rapid follow up to A Pocket Of Wind Resistance finds Karine Polwart  once again  teaming up with Steven Polwart and Inge Thomson and includes a number of songs written with Lau’s Martin Green that were used in his Flit project , most notably Suitcase, that despite its original reference to World War 2’s Kinder-transport system, still holds topical relevance to present day migration issues.  The insistent “he still holds his father’s hand”  inducing  a chilling experience. So while the anticipation of traditional folk music with a scots bias might pre-empt Laws Of Motion, there’s very much a finger on the topical pulse theme about the material.

Other inspiration comes from various sources: the stranger than fiction tale of the Japanese garden of Scot Isabella Christie and old Donald’s clan motto ‘I burn but I am not consumed’ (sounding like a line from Game Of Thrones) is her chance to add to the President’s ever growing collection of songs he’s prompted (‘inspired’ seems the wrong word) as she ponders “What might  that rock of Lewes have to say about the 45th President of the United States?”  Cue Trump – The Album, but we digress. But only ever so slightly as we find Cassiopeia closing the album on the chilling theme of nuclear war and includes a spoken word aspect that quotes from the infamous Protect & Survive leaflets of the Cold War period. An ominous message that  suggests a rather grim and sombre picture is being painted by the Laws Of Motion, but there’s a lightness about the instrumental decoration that coats the album with a subtle and sensitive gloss. Typical then that Ophelia should set the tone with a lilting acoustic guitar on which hangs the beads of  a breathy vocal before the more strident and dominant presence of the title track takes over, bubbling with electronics straight from the Hawkwind sounds book and  bold electric guitar lines.

Cornerstone is hypnotic and the halfway point at which words such as ‘sublime’ and ‘transcendent’ are starting to float to the surface.  In vinyl terms, side one is a killer and you’d be hard pressed to turn over and not simply plonk the stylus right back at the start for another reading.  So do we get a second half that’s worthy of the first? How often does a sports match lose the impetus of a half time break?

Crow On The Cradle offers a glimpse of the familiar while the cascades of calm acoustic support some gorgeous phrasing on a melancholic The Robin. Young Man On A Mountain shuffles at an easy pace painting evocative pictures of the landscape along with “standing with your ankles in mud”  before the chill that drifts in on the un-Disney album conclusion of Cassiopeia that’s more suited to the cutting edge-ness of a band like Public Service Broadcasting. Like being presented with a cliffhanger, the obvious end on an optimistic high point is eschewed in favour of a more challenging alternative. A brave move and one that defines the quality of  Laws Of Motion.

Listen to Ophelia from the album: