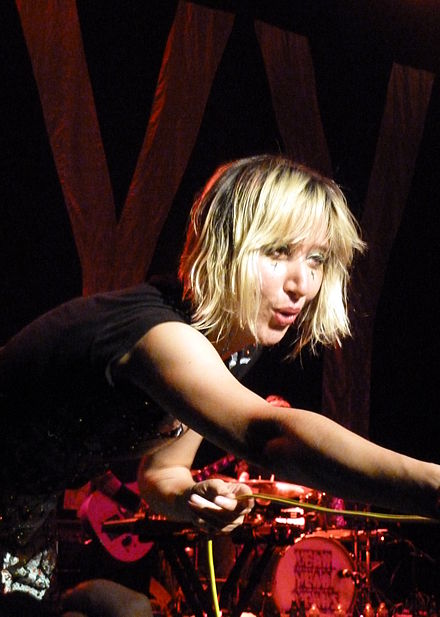 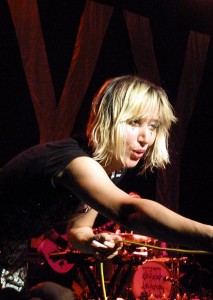 Fab indie icon and winner of fancy address award Karen O from Yeah Yeah Yeahs  will unveil a song from her upcoming solo album on 6music tomorrow where it will get played after midday.

The song  is from her upcoming  ‘Crush Songs’ album which will be getting released on Strokes singer Julian Casablanca’s which is due for release on Julian Casablancas’ Cult Records label on September 9. We somehow doubt that Julian will be  running this as an indie label in the true meaning of the term – like queuing up at the post office, worrying about going bust, wondering why 6music won’t play his releases because they are ‘too raw’ and yelling at the pressing plant for delaying releases…

The album, which we know will be fab, is being marketed as a underground release though and will first be available pre-release as a limited, special vinyl edition, incorporating Karen’s own personal drawings and handwritten lyrics.

Recorded back in 2006 and with a ‘lo fi sound’ the album is about a period in Karen O’s life when love was in the air.
“When I was 27 I crushed a lot, I wasn’t sure I’d ever fall in love again. These songs were written and recorded in private around this time. They are the soundtrack to what was an ever continuing love crusade. I hope they keep you company on yours.”