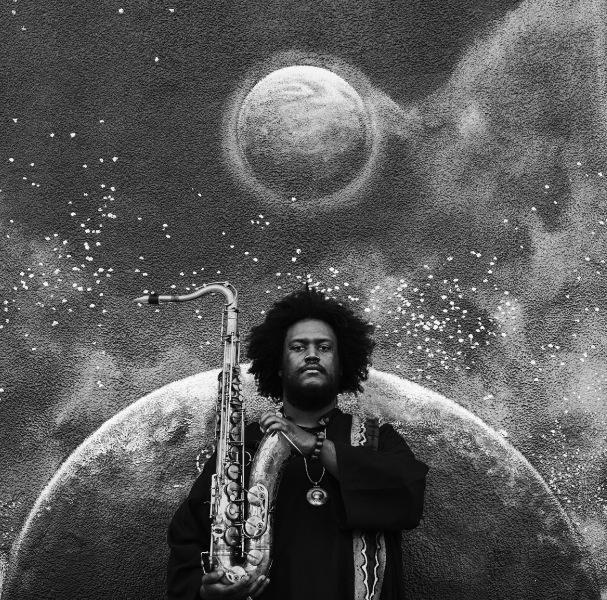 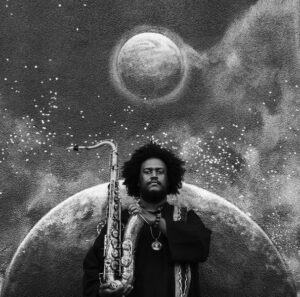 Los Angeles jazz giant, composer, and bandleader Kamasi Washington drops his brilliant debut album, The Epic, via Flying Lotus’s boundary-defying Brainfeeder label. Simon Tucker gets taken on a journey and doesn’t want to get off.

Kamasi Washington’s ‘The Epic’ is the latest album to be released from the Brainfeeder family and is an artist many of us will know via the work of label chief, Flying Lotus. Washington’s work was a vital ingredient in what made Cosmogramma and You’re Dead the special albums that they are and now, with The Epic, he gets to paint his own picture and what a beautiful picture it is.

Split into three distinct parts, The Epic plays out like the soundtrack to a movie that has yet to be made and acts as a sonic time capsule throwing the listener back and forth through decades of African-American culture. In fact, the closest comparison to the album is Kendrick Lamar’s latest opus, To Pimp A Butterfly, and a few of the tracks here like Isabelle and The Next Step would not sound out of place at all on that acclaimed album.

There is a sense that Kamasi is acting as a musical conduit where he allows the spirits of past masters to flow through him to create a new breed of Jazz that’s rooted here on Earth but has one eye on the stratosphere. This effect hits you immediately as opener Change of the Guard gives you a sense of familiarity with sweeping strings straight out of a Bond film whilst Cameron Graves flies up and down the piano and big-bang chaos that never once threatens to overpower the serenity that is within. Vocals swirl underneath, every now and then breaking through like the last bastion of hope and calm. It is nearly four minutes before Kamasi steps up and takes centre stage, flying around the song dipping down and screaming upwards. It’s a very arresting moment and sets the scene incredibly for the rest of the album.

Those afraid of the words “free-jazz” need not fear or be put off in any way as there are plenty of moments on The Epic that will resonate with you whether that be the gentle half-step into the land of samba on Askim or the hip-hop soul of Isabelle which is where you get a true sense of the geography where this music was birthed (South Central, Los Angeles). This isn’t just free-jazz as we know already, this is brand new. Wu-Jazz if you will.

Other cultural references are scattered throughout as we are treated to some gospel (Final Thought), be-bop (The Next Step)  trip-hop (Henrietta Our Hero, which sounds like a direct descendent of Massive Attack’s Blue Lines and contains some extraordinarily soulful vocals by Patrice Quinn) even Hunky Dory-era Bowie makes an appearance (The Rhythm Changes) and with The Magnificent 7, The Epic contains one of the most direct, eerie, and intimidating basslines I’ve heard in a long time which many guitar bands would kill to have written.

With The Epic, Kamasi Washington has created an album that can proudly stand up to many of the great jazz albums from the last 80 years, but one that takes the form into the future unafraid to draw inspiration from whatever genre of music Kamasi and his fellow travellers feel like.

A great journey awaits all who buy the ticket.