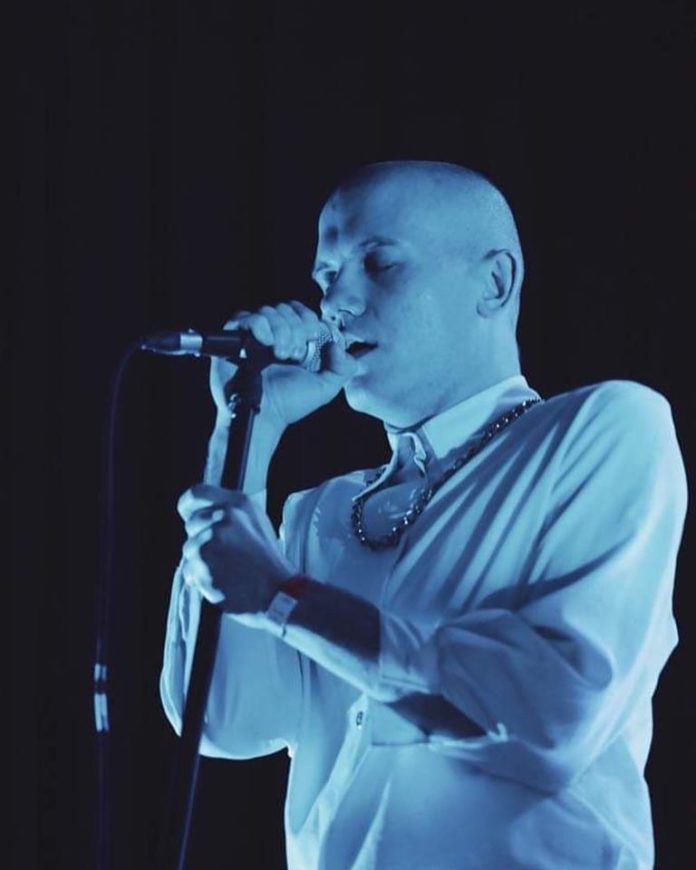 “This place is a dream. Maybe it’s too beautiful to enjoy for long.” So mused Shortparis’s Nikolai over delicious pizza and wine, after his band’s triumphant and typically uncompromising show at Kaltern Pop in the Katholisches Vereinshaus.

He was right. Kaltern is beyond beautiful, the sort of well-settled place you’d imagine you would move to if you won the Euro lottery. Everything there feels perfect: days (bathed in a warm October sun) are dreamlike; with little to do but choose a local bar and enjoy stunning views over lakes, vineyards and the South Tyrol.

And that’s the reason Shortparis, and others, were here at Kaltern Pop 2019.

It struck us, whilst walking down one of Kaltern’s streets (appropriately called Gold Street), that music’s mercurial properties can be massaged to address many situations. In its festival guise, pop music can be a true kickstarter. A rallying call for the future of a community (as seen with Estonia’s Station Narva festival). We all know of pop music’s time honoured role in driving commercial concerns, too. With Kaltern Pop, music seems to adopt a hybrid role, one that sparks new energies; bringing wyrd ideas into this seemingly comfortable community.

Kaltern Pop’s method is simple but smart. Alongside the regular programme of bands, some musicians stayed in the village to work and meet the locals, and play different locations. These ranged from local boozers, a renovated Hapsburg hotel perched 2000m up on the Mendola pass, a working school and the old railway station. The bubbling British soul-pop of Odette Peters and Adam French had to adapt to wildly different spaces for each show whilst S t a r g a z e laid down some glorious collaborations with rapper Astronautalis, producer Marcus Hamblett and others in the mountain hotel retreat, the wine museum and the Katholisches Vereinshaus. A punishing work schedule regardless of the surrounding beauty.

In fact, watching the likes of Wendy McNeill play a wine museum, pub and meeting hall over the three days, one was reminded of the description of the Gleeman in Robert Graves’s White Goddess. The travelling trickster poet or musician who comes in from the cold; providing riskier, but more interesting and exciting counterpoints to the views of the settled court poet.

It’s good to quickly focus on McNeill, whose show on Thursday night in the Wine Museum in particular was a brilliant cameo of her talents. Wendy McNeill makes a form of folk-pop that, whilst seemingly very winning and accessible, often veers into very strange shapeshifting territory. The show (initially accompanied by upright bass) kicked off with old tracks such as In ‘Bocca Al Lupo’ and ‘Ask Me No Questions’ to catch the crowd’s attention. These tracks are great singalongs and possess considerable power but with them McNeill could hide in plain sight and entertain. A clutch of new tracks, backed by the muted growl of a semi acoustic, revealed a more vulnerable side that at once took the breath away. One of these was a stunning slow burn that oozed sensuality and had something of that brilliant refrain in Sonic Youth’s ‘Hyperstation’. Stay tuned. McNeill’s lupine magic found its Appollonian opposite in Jackson Dyer’s show in the same venue on Saturday night. Dryer’s boyish charm and dazzling, widescreen surf pop (full of judiciously placed hooks and riffs that could have run off like a dog off the leash if they’d have been allowed) lit up the gloomy cellar. This gamboling Australian has something of Roddy Frame’s clarity and emotional honesty in his music, the same open-hearted nature riding a glorious melody line.

Music was here to kick against the pricks, too. To have fun, fuck up or to frighten, to annoy or confuse, maybe to induce the wrong kind of trance in mission. Marcus Hamblett’s show in the Wine Press (a cellar that opened onto the street) was a brilliant display of pluck. As all his gadgets broke and the crowd shuffled uncomfortably towards the street Hamblett found himself relying on his guitar; knocking out a set of spellbinding numbers that reminded this old git of the legendary Maurice Deebank. Yet again, music proving Cruyff’s dictum, in every disadvantage an advantage. Talking of the Dutch, Haarlem’s Rilan and the Bombadiers fought off a wildly erratic sound in the school with vat loads of charm and a great display of stomping funk pop, done in the way Dutch popular acts like Caro Emerald and Altin Gün do very well, delivering a good uncomplicated boogie with the clever stuff used as icing on the cake.

Another side of the Netherlands’ music scene was presented by Rotterdam’s Lewsberg who laid waste to the haughty KUBA club with a show full of power and grace. It’s no secret this reviewer is a fan. But the band are busy climbing a new peak with their latest tracks. These new songs have a mesmeric quality, and are much more supple and powerful than their debut material. The band’s patience and innate confidence when playing them is something to behold, too; new single ‘Cold Light of Day’ flaunted its mongrel pedigree and rattled on like an old jalopy bumping over the Savannah, the band giving no fucks to anyone. Lewsberg are also one of the few acts smart enough to slow everything down to a drunken plod only to lay waste courtesy of some serious noize. This policy has a remarkable effect on their audiences, who seem to go into a zombified trance, awaiting a new instruction from the stage. On the night it had an effect on the lights guy, who thought this was the closest he’d ever get to being transported back to the Exploding Plastic Inevitable and proceeded to blind the audience with a light show that could have picked out a submarine.

Other shows worth a nod are the fabulous groove laid down by Brant Brauer Frick in the Katholisches Vereinshaus; their power and intelligence much more noticeable here than when  floating through the field at Haldern Pop. And word must be given to the opener between drummer Julian Sartorius and guitarist Manuel Troller, in that venue on the Saturday evening. The pair created a glorious improv show in front of a grooving, seating crowd whacked from the first two days but eager for more. It was a beautiful bravura display of free rock; equal parts Dead C and Daniel Fichelscher. A gig that felt like you’d drunk the wildest mountain wine to.

We end, though where we came in, with Shortparis. With the loud PA sputtering out waves of electronic blips and blurts that sounded they’d escaped from DAF’s Alles Ist Gut, the crowd (equal parts expectant or just plain weirded out) inched forward and found themselves wrapped up in, and eventually freaked out by, a show of high drama and spectacle. Flanked by two lifesize painted wooden statues of saints (we blush not to have recognised them), the band lined up in two banks, frontmen Nikolai and Danila holding the eye centre stage, the two Alexanders and Pavel building and holding the beat behind. Once rolling, Shortparis proceeded to deconstruct the audience with a brutal and sleek display of power. Often, especially with the high tempo tracks,  things felt on the edge of spilling over into total chaos. As ever, Danila gyrated wildly and Nikolai declaimed with purpose. But the show was held in line by a brilliant interband understanding of how to build a live set. There was plenty of space for reflection, for shadows and for melancholy and because of this it seemed Shortparis were bringing their monumental sound from the far back of beyond, way beyond the confines of the actual stage. This reviewer sensed a nous and specifically rock and roll stagecraft there that maybe was absent before. It was also noticeable that the tracks played from their new LP Так закалялась сталь had a slipperiness and guile that contrasted with the rough-edged soul that marked the material they played from their previous record, Easter

Afterwards the remainder of the crowd (those who hadn’t been shocked into submission over the previous hour) staggered out shaking their ears, wondering how in hell a band like this was playing a sedate and settled place like Kaltern. Well, isn’t that the whole point of the festival?