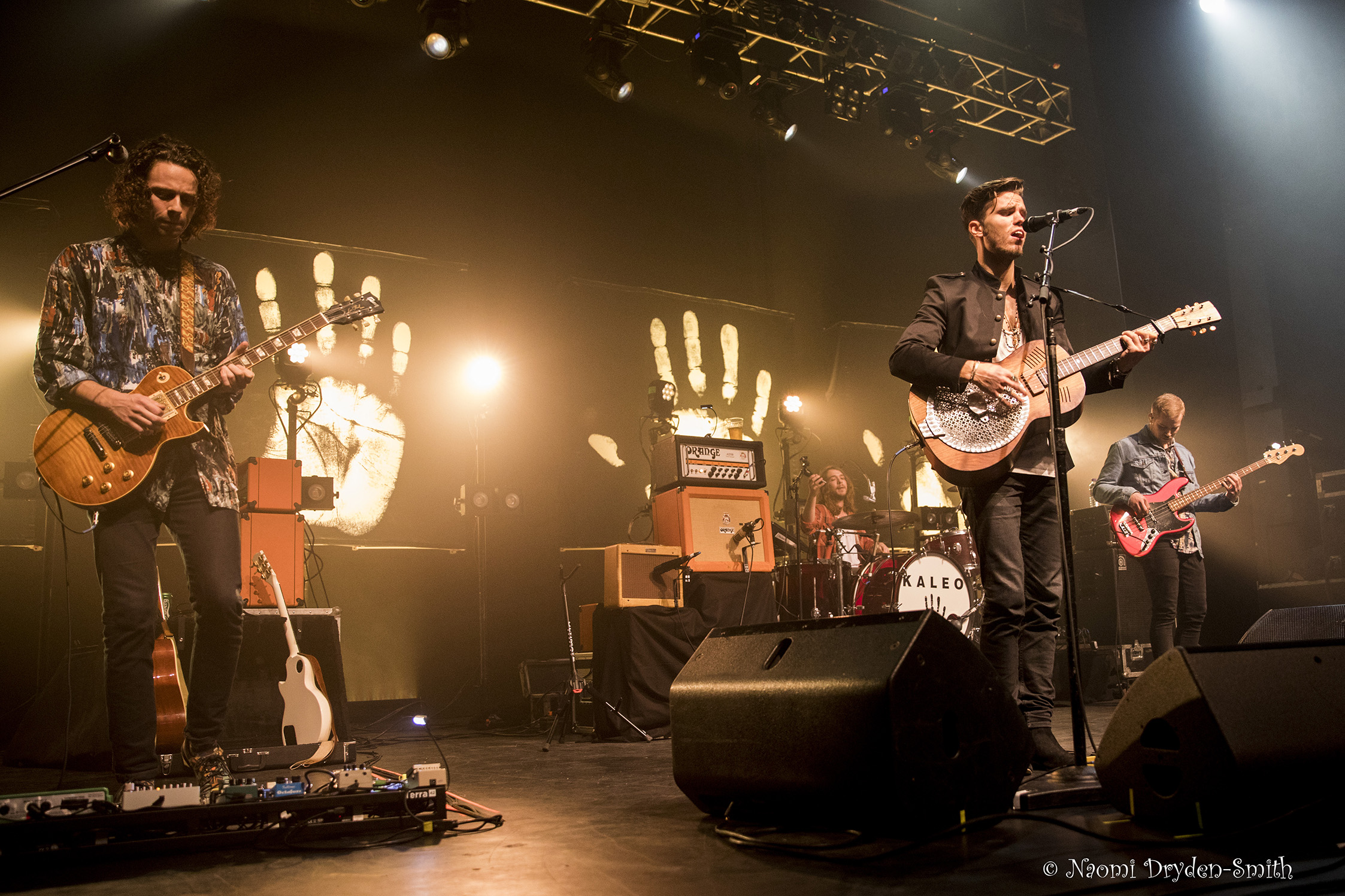 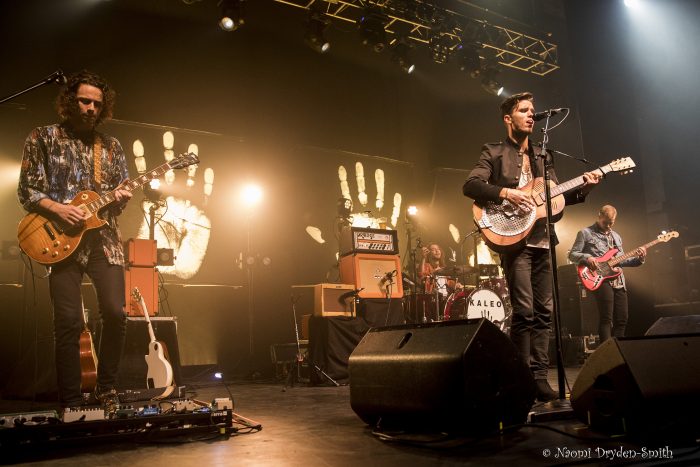 Louder Than War’s Naomi Dryden-Smith squeezed into Kaleo’s sold-out gig at O2 Forum in London to see what the fuss is all about.

Aside from the impressive cheekbones, the most surprising thing about Kaleo is that they’re not from America at all, but from Iceland. Their sound is massively US-influenced, folk and country sounds layered over a whole range of blues – delta blues, country blues, blues rock – straddling a 60s/70s rock base (Led Zep, Jeff Buckley, etc). (The fact that they’ve relocated to Austin, Texas seems inevitable – presumably some sort of musical-cum-spiritual homecoming.)

It can’t be avoided that there are quite a few bands about who draw from similar influences, leading to inevitable comparison with Bon Iver, Kings of Leon, Alt J, Black Keys, Jack White, the list goes on. Obviously it’s important to do something to stand out from the crowd. Kaleo have a crucial head start here with frontman JJ Julius Son (Jökull Júlíusson)’s striking and diverse vocal abilities – effortless and beautiful light falsetto, gritty blues, pure rock screech – it’s a voice Bjork would surely be proud of.

Arriving unceremoniously on stage, the band power through an impressive set, and the lasting impression is the Júlíusson vocal combined with Pollock’s Pink Floyd/Eagles-esque guitar prowess – it’s a convincingly tight performance all round.

Stand out tracks are All The Pretty Girls, Way Down We Go, Hot Blood and No Good, all of which are catchy and memorable. If this band can focus in on the attributes that set them apart from the rest, they will go far. They probably will anyway, particularly in the States, but it would be good to see them capitalise on the things that make them a bit special.

September 22, 2018
We use cookies to ensure that we give you the best experience on our website. If you continue to use this site we will assume that you are happy with it.Ok