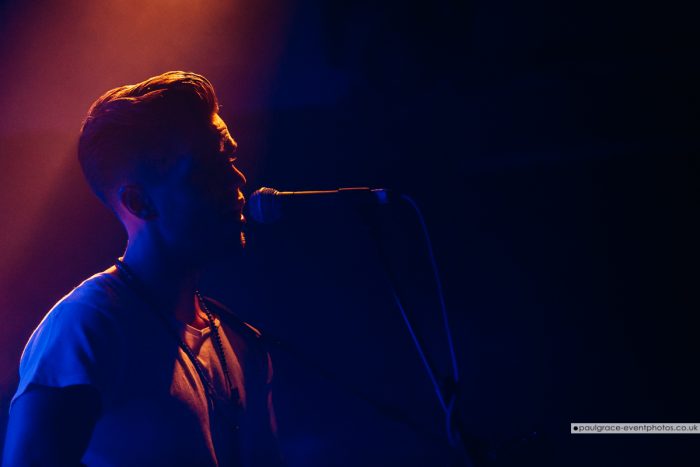 Kaleo are an Icelandic four piece band originating from the small town of Mosfellsbær near Reykjavik, but moved to Austin, Texas in early 2015.

Their crossover blend of rock, blues and folk has been creating major waves of late, and their recent debut album A/B received rave reviews. Even Rolling Stone Magazine included them in their prestigious “10 New Artists You Need to Know” list for February 2016.

The original venue for tonight’s sell-out show was Islington’s Lexington but was moved to the larger space of Camden’s Dingwalls to accommodate the increased ticket demand. Furthermore, the next time Kaleo visit the capital will be in November when they play Camden’s Koko; a venue of 3 times greater capacity than tonight’s, and further evidence of their speedy rise in popularity.

Support this evening comes in the shape of Broken Witt Rebels who smash out a solid set of bluesy rock pop. Singer Danny Core’s voice is quite something else – strong, gutsy and full of all the good time character of Andrew Strong’s lead singer character in The Commitments.

By the time Kaleo hit the stage the room is bursting and sweltering hot. The dry ice machine is in overdrive and I can barely see more than a foot in front of my face.

The atmosphere therefore feels appropriately tense as the boys saunter on, and the intro chant to ‘Broken bones’ resonates through the speakers; “The devil’s gonna make me a free man, the devil’s gonna set me free…”. Singer JJ Julius Son’s earthy tremolo tones glide effortlessly through the mist and synchronise perfectly with the accompanying slide guitar and rattling percussion to create a truly stunning gospel-tinged blues-rock fusion. 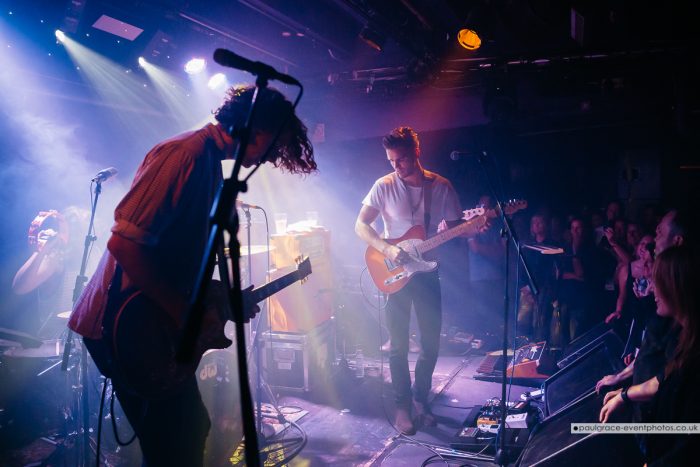 The vibe feels strikingly spooky and from the outset it’s clear these boys know what they’re doing. ‘I Can’t Go On Without You’ is spine-tinglingly cinematic as it grows in stature from a simple but perfect whistle to full-bodied blues-rock splendor, then breaking down to sweet falsetto. The emotional ride finally draws to a close with a repeat of that gorgeous whistle melody.

The straight-up classic rock of A/B’s opener ‘No Good’ sends the crowd into a bouncing frenzy, and there’s more high-pitched vocal goodness during the beautiful ‘All The Pretty Girls’, a track which suggests Bon Iver is one of their major influences. Kaleo also treat their Icelandic fans, of which there are plenty in attendance tonight, to an old ballad sung in their native tongue (‘Vor í Vagasógi’).

The mood reaches fever-pitch during a haunting cover of Nancy Sinatra’s ‘Bang Bang – My Baby Shot Me Down’; a spellbinding interpretation during which the lighting intensifies as the track reaches its heady and dramatic climax. 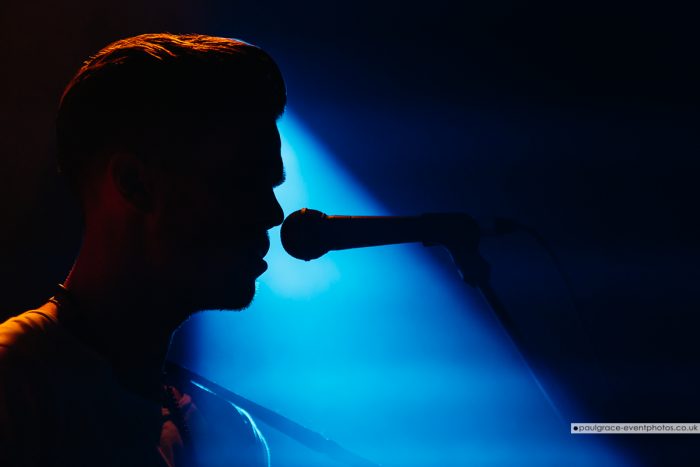 Throughout the 90 minute set the crowd hold onto every word, and seem genuinely devastated when the band leave at the end of the show.

It’s seriously hard to fault tonight’s performance. I honestly believe Kaleo are going to be huge; their sound oozes confidence, they’re classically handsome, and they have just the right amount of je-ne-sais-quoi compelling voodoo magic – pretty much a guaranteed recipe for success.